After breakfast on the boat, we continued on the canal.  On this part of the canal, there was a bicycle path that followed the canal.  I decided to get off the boat and bicycle about 5 km.  AnneMarie and Torben pointed out the mistletoe growing in the trees. 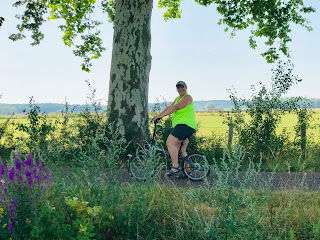 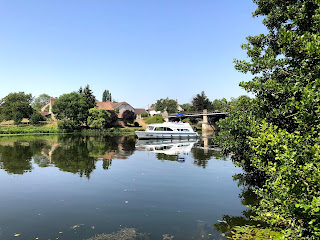 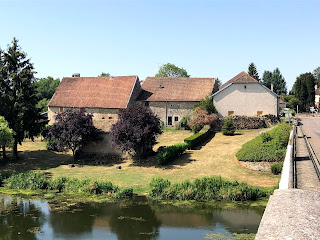 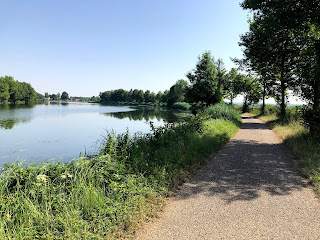 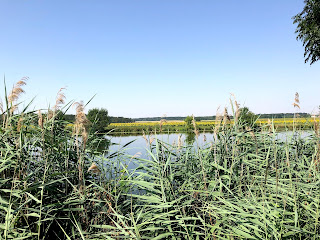 We went through a tunnel today.  They have lights that direct you when to enter so you don’t end up meeting someone in the tunnel. 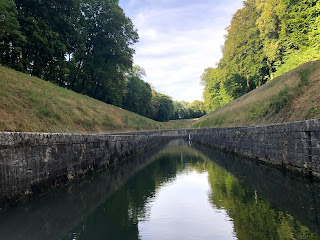 We stopped at a marina in Port de Savoyeaux for ice cream.  It was really hot for several days.  We thought we would keep moving to have a breeze through the boat and stop later for the evening.


At 5:30 we had appetizers while under way.  Olives, smoked mussels, apricot and basil wrapped in smoked beef and pastis, and the licorice liquor. 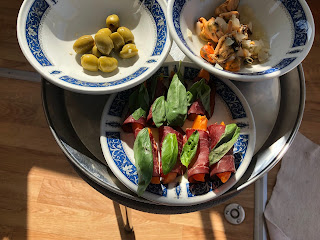 We arrived at a lock at 6:15 and didn’t realize that some of the locks close at 6:00.  There happen to be a lock tender at this lock and he let us through.  He also sold us 2 bottles of wine.  Since the next lock was closed, we tied to a dock near a restaurant, not in a town.  We tried to make reservations at the restaurant, but they were full for the entire night.  We thought that was odd, but we later realized that there is usually one seating and people stay for the evening. 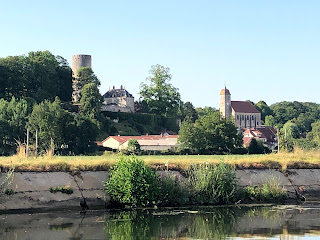 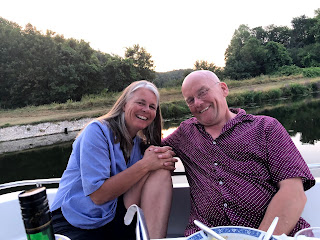 Dave made us a pasta dish for us onboard.  When we bought groceries, AnneMarie would always suggest picking up “stores”, referring to something non perishable that we can use in cases like this. 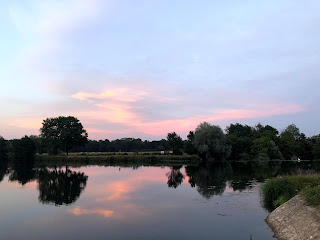 Posted by svluckofafool at 12:31 PM