Wow, the Greeks know how to have breakfast.  They had feta cheese, olives, artichokes & unusual tiny pastries along with the regular breakfast items.  Dave slept in, but they graciously let me take a plate to him.  A friend recommended this hotel.  The rooftop dining has an awesome view of the Acropolis with the Parthenon.

Dave and I walked through the city towards the Acropolis .  There are ruins everywhere you turn.  We had lunch at a sidewalk cafe tucked in between buildings.  We love Greek food and are in heaven.  We had Lamb Slovlaki and a Greek salad. 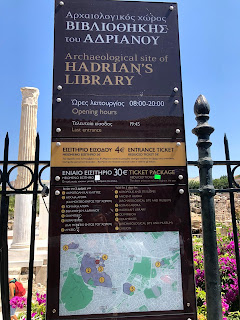 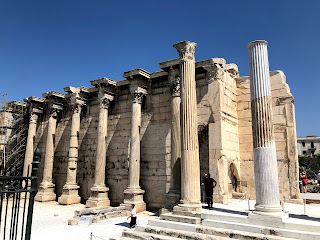 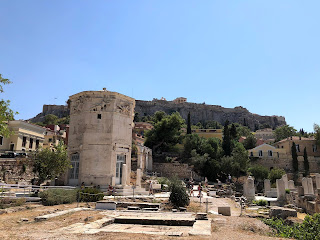 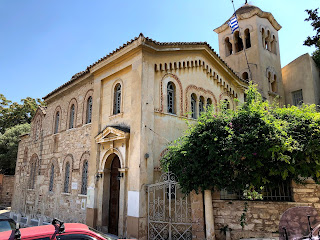 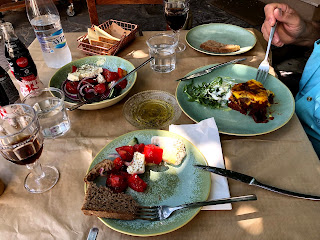 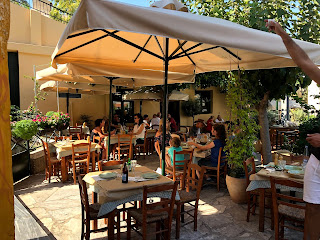 We spent some time trying to find and check out the metro system and train station.  We have to catch a train tomorrow about 4 hours north of the city.  Then we visited the Acropolis museum.  We have a tour set up tomorrow to visit the Acropolis.  We arrived just before a guided tour in English was being offered.  Much of the Parthenon is actually in the museum with replicas on the hill.  It was also interesting to know that much of the structures on the Acropolis are in a museum in England.
Interesting information:  Between 1801 and 1805 Lord Elgin, the British ambassador to the Ottoman Empire, acting with the full knowledge and permission of the Ottoman authorities, removed about half of the remaining sculptures from the fallen ruins and from the building itself. Lord Elgin was passionate about ancient Greek art and transported the sculptures to Britain. Their arrival in London was to make a profound impression upon western ideas of art and taste. It promoted the high regard that the European Enlightenment already had for ancient Greek civilisation.

We returned to our hotel to have a rooftop dinner with beautiful views of the city.  We reviewed the train schedule for tomorrow and decided we needed to leave earlier than we thought.  So we cancelled our city tour.  We are not city people and were happy with the things we saw today.  There are endless amazing things to see here, but we were satisfied. 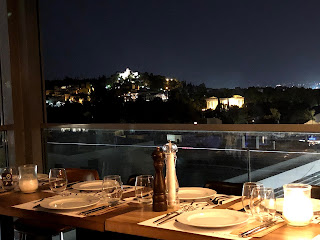 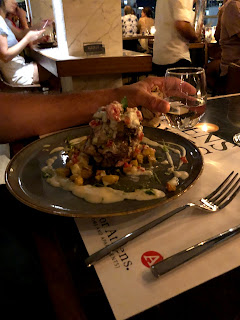 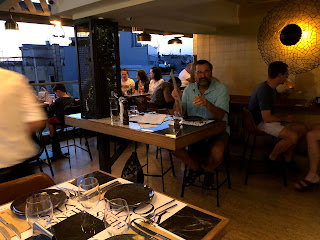 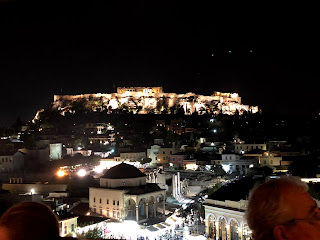 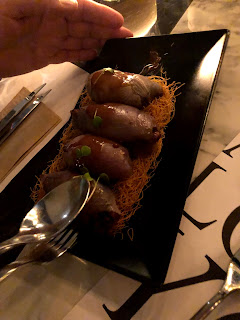 Posted by svluckofafool at 4:38 PM