We took a taxi to the train station this morning by 9:15 and were on the train by 10:15.  We were headed to Budapest.

About 1:00, our train stopped a little town of Hagyeshalom, Hungary.  Something was broken and we had to wait about an hour for another train.  When the next train arrived, it was full and the air conditioning wasn’t working.  With the Eurail Pass, you have the luxury to change plans.  So sitting in the heat on the platform, we decided to take the next train in the opposite direction to Vienna.  We made room reservations online, arrived in Vienna by3:30, and took a taxi to our hotel. 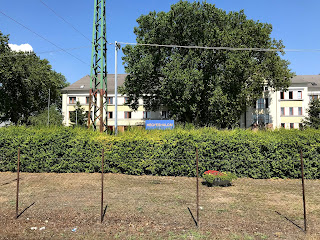 There was a Catholic Church within a few blocks.  The Paulanerkirche was built between 1627 and 1651.  It seemed to be connected to other buildings, not standing alone, which was unusual. 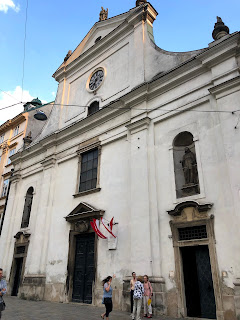 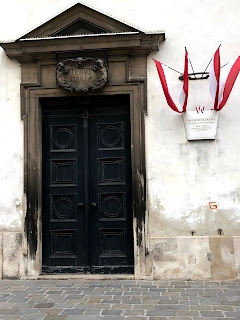 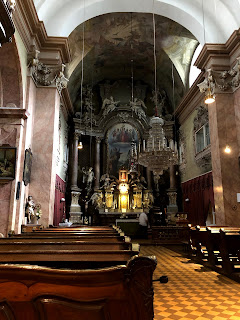 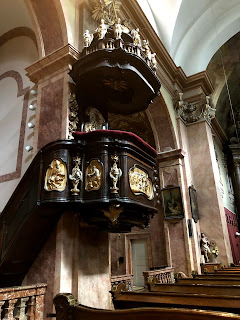 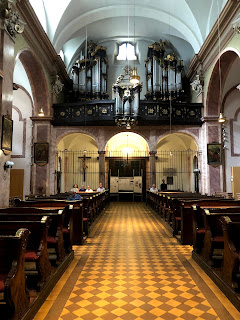 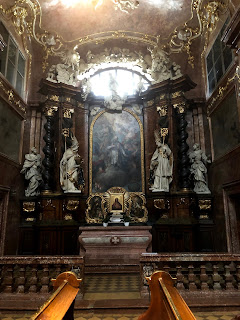 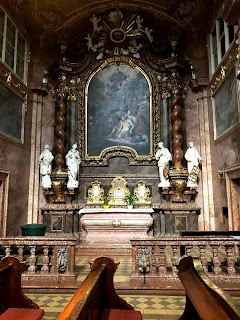 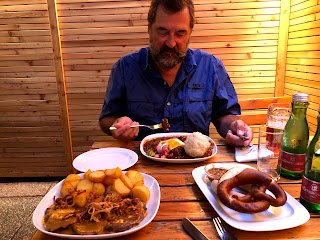 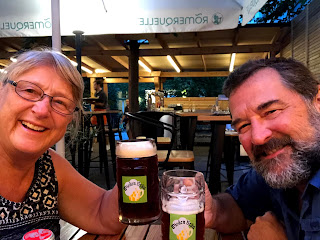 We walked to a brewery nearby for dinner and beers.  Then we walked to a British Pub in the neighborhood before calling it a night.

Posted by svluckofafool at 11:01 AM