Monday Jan 14
Lorraine worked in Rapid today, so Pete rode back to Rapid with them.  I wanted to spend more time with the Schneiders.  We went to Spearfish (about 15 miles) to have lunch Kaitlin and their son, Jason.  Kaitlin had to go back to work, but the rest of us decided to take an  impromptu pub crawl.  We started at the Spearfish Brewing Company, which was new.  Next was the Crow Peak Brewery.  Jason picked up a cribbage board to play a few games while we were there.  THESE ARE MY PEOPLE!!  Drinking beer and playing cribbage.  Felt like family to me.  The third brewery was closed on Mondays, Sawyer.  So we went to Killian’s.  Jason’s girlfriend joined us there.  The last stop was back in Sturgis at the Knuckle brewery.  Margaret had forgotten her cooler bag, so we brought it to give to Toni Moore.  Yes, we had a DD, Colleen took care of us today.

Of course, I decided to spend another night at the Schneider’s.  We spent the evening working on a jigsaw puzzle, another one of my favorite things to do, because I can’t do one on the boat.
Tuesday Jan 15
I was back in Rapid around noon.  Pete and I ran some errands then had dinner at Sumo Japanese restaurant.  Amazing food.  There are several new ethnic restaurants since we left Rapid City. 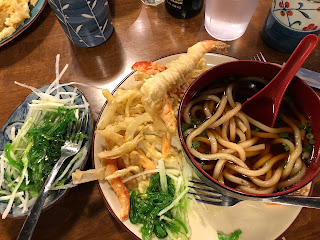 Wednesday Jan 16
I enjoyed the morning with Pete at his house.  I moved over to the Perdue’s house that afternoon.  My sister, Beverly, arrived from Oklahoma today for the Ski for Light event that starts on Sunday.  Her flight was delayed, so instead of 12:40, she arrived at 4:20.  I spent the afternoon listening to Pete and one band member practice at his house. After picking up Bev, Pete, Bev and I had dinner together at Murphy’s downtown Rapid City.
Thursday Jan 17
I spent the day shopping then cooking a Korean dinner at the Perdue’s for them, the Petersen’s, Bev, Pete, and Kylie Forth from Australia.   Great meal. 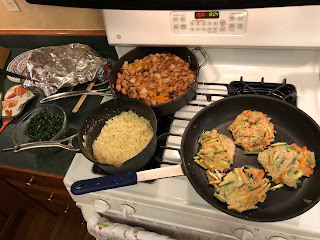 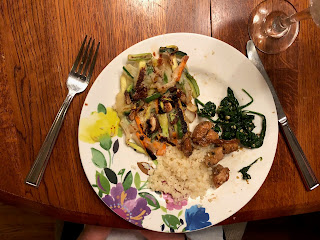 Friday Jan 18
Bev joined me for coffee at Black Hills Bagels.  Today Yvonne, Marge and Connie were there.  Bev and I took Kylie to the home of Marcie and Tim Brumbough in the afternoon.  Silvia and Chris Jonas from Toronto were staying with them and had arrived, too.

Bev and I had dinner at our cousin’s, Tom and Sharon Zeller.  Tom’s sister, Carol, stopped over for the happy hour.  Their daughter, Lysann, joined us, too.  Great dinner and great stories and laughs.


Posted by svluckofafool at 8:31 PM