Tuesday
Today, Dave took fuel cans into town to top off our fuel.  He also picked up whipped cream.  While he was away, I cleaned and made pumpkin pie for pi day 3.14…….

Wednesday
Dave worked on Y valve of the head in our aft head.  He was going to just test the macerator.  But the Y valve wouldn’t move to change our discharge from overboard to the holding tank.  So…. he took it apart and found a build up of salt crystals, some from sea water, some from humans.  He cleaned that with brutal force.  And in the process, he cut his finger.  Not a good environment to introduce to your system.  He let me get out our first aid kit, clean it up and bandage it.  But not right away.  He had to finish what he was in the middle of.  We’ll see over the next few days how that goes.

Dave also found a bad gasket.  We ordered a new one and sent it to friends in MN that will be visiting in April to bring with them.

Then he tackled the forward head.  It has been taking on water.  He took it apart, cleaned the parts and reassembled it.  He didn't see any reason for the water to come into the stool.  But it’s working now.  What a day. 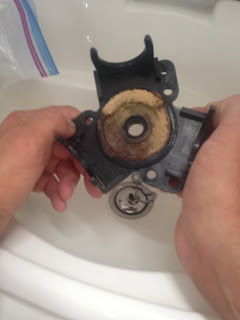 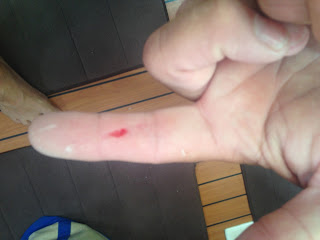 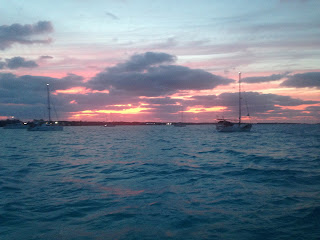 Posted by svluckofafool at 7:30 AM