Little boat work and little tourist time today.  We replaced the bug screen for our companion way.  We moved fuel from the bladder on deck to the fuel tank.  We noticed a small leak after this last passage.  The bladder had shifted on the deck which damaged the valve for draining.  Dave thought he was able to fix it that day.  More later.

We walked to Fort Monroe a couple blocks from the marina.  We arrived in time for the 11:00 am walking tour.  This island and the forts here have a very interesting history.   The explorer Captain John Smith first landed here in 1607.  They moved further inland to Jamestown for the settlement, but he returned here and built Fort Algernourne in 1609.  In 1619 a Dutch man-of-war arrived here with the first reported Africans brought to the English colonies.
The existing fort was completed in 1834.  Robert E Lee, a 24 year old West Point-trained engineer, was stationed here 1831-34 to oversee construction.  During the Civil War it remained in Union hands.  3 slaves escaped to Fort Monroe seeking freedom with the Union Army.  The 1850 Fugitive Slave Act mandated these men be returned to bondage.  Fort Monroe’s commander was a lawyer.  He reasoned that Virginia had seceded and therefore was no longer part of the US so the Fugitive Slave Act did not apply.  Further, because the Confederacy considered enslaved persons as property and were using enslaved men in their war effort against the US, he argued these freedom seekers would be considered property and retained as “contraband of war”.  Soon whole communities of men, women, and children known as “contraband camps” formed in areas near Union forces.  It became known as the “Freedom Fortress”.
It continued as a bastion of defense and training until it was deactivated in September 2011.  It became a National Monument in November 2011.  FYI, Edgar Allan Poe was stationed here in 1828-29.  The former Confederate President, Jefferson Davis, was imprisoned at the fort for 2 years.  There are homes on the island and inside the fort that are private residences.  As I understood it, the resident would only be able to rent the home AND would have to pay for any upgrades needed.  I guess it would be a pretty safe neighborhood. 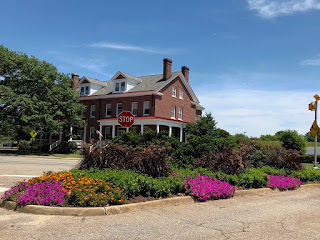 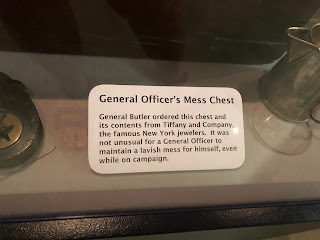 Friends from Brunswick, GA, Fred and Pati Meyling, were driving from Savannah, GA to Deltaville, MD and decided to meet us for dinner.  They even ran us to the grocery store.  They live on a boat, too.  So they knew we would appreciate a ride. 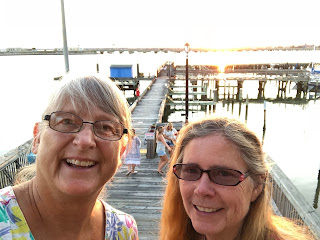 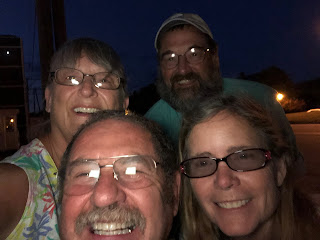 Posted by svluckofafool at 10:55 AM