The wind was still blowing the the 20k range, so we didn’t plan to leave this anchorage today.
Dave spent the morning working on the non skid tread for our companion way steps.  The one on the top step had come loose.  It occasionally gets wet, so that must have affected the glue.  Dave worked on removing the old glue, then replaced the tread with new glue. 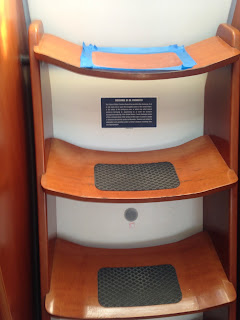 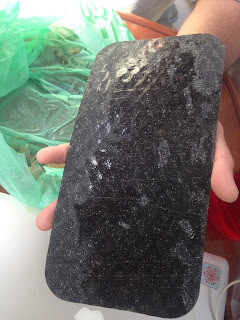 About 1:00, the guys from several boats met on shore to gather firewood for our bonfire.  When Dave returned, he thought we would have a good time that night, because the new guys actually laughed at his jokes.

We decided to make pretzels to take to the bonfire.  The recipe said to make 6 pretzels from the dough.  We decided to try to split each one in 3 and make 18 smaller pretzels.  They turned out great. 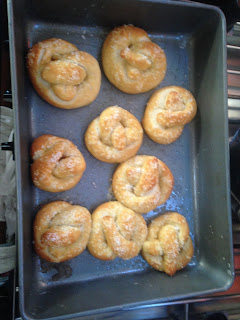 We had offered to pick up some people on another boat that didn’t have their dinghy in the water.  Their outboard motor was leaking oil.  It was a beautiful 60 foot 3 masted schooner, Sara G.  Ham was the owner and was from Nova Scotia.  Jackie and Robin were his crew.  They were friends from England that had just sold their boat and were purchasing another boat.  So they were spending some time with Ham instead of trying to find accommodations during the interim.

On the beach, Rich had brought music and a light to hang over the appetizers.  He was pretty organized for a single guy.  We met Greg and Dahleen from Tennessee on Exfil, and Madeline and John from North Carolina on Chanceaux.  With De and Mike, we ended up with 12 people.  We had 2 different pizzas, Mexican roll ups and nachos besides our pretzels.  It seemed odd that everyone had baked something.  But then, fresh vegetables are hard to come by, or too precious to share.

We had a fun night around the bonfire getting to know each other.  It was really a nice group of people.  We hope to cross paths with all of them again some day.  De and Mike spend the summers in Maine, so they invited us to come visit them.  We may just do that. 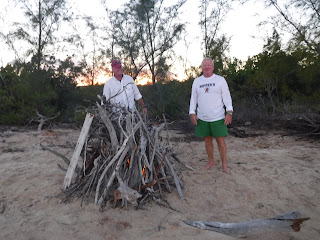 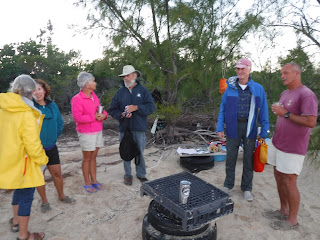 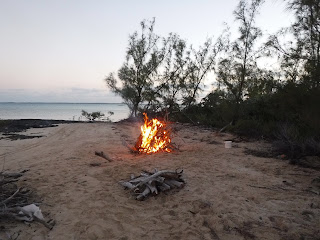 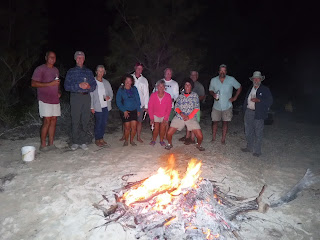 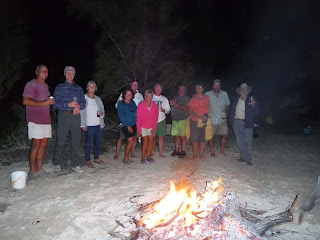 Posted by svluckofafool at 1:33 PM