None of us slept very good last night.  The wind had changed directions and waves were coming around the end of the island causing surge.  These are rolling waves that rocked our boat all night.  We were planning to leave for Conception Island, but with the stronger winds, we knew it would be uncomfortable there, too.   We changed plans and decided to go to Salt Pond, Long Island for more protection.  We had about a 4 hour sail to Thompson Bay.  Once we anchored, we took the dinghy to shore.  There were 2 docks, but we knew we could take our garbage to the Government dock.  Yes, that dictates your plans some days.  The southern half of the island  was hit pretty hard by hurricane Joaquin in October 2015.  You could still see a lot of the damage.  Since it was Sunday, it was also pretty deserted.  It had a strange Twilight Zone feeling to the place. 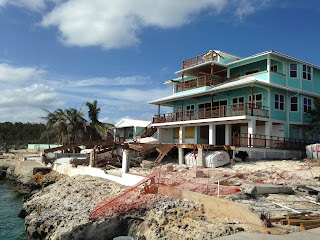 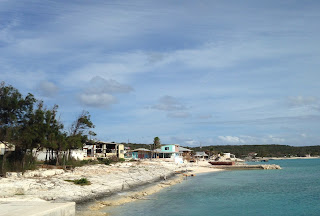 We had read about a hike to the ocean side in the Waterway Guide book.  So we asked someone on the dock about the trail.  He said it was well marked at post 108 along the highway and we couldn’t miss it.  We took the dingy to the north end of the bay and beached it.  Then we found our way to the highway and headed north about a half a mile.  We noticed the telephone poles had numbers when we were at 93.  Sure enough, the path was at the #108 telephone pole.  It was also marked by buoys.  It was marked with several other boating objects along the way. 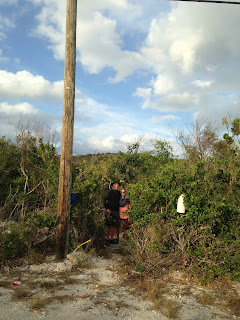 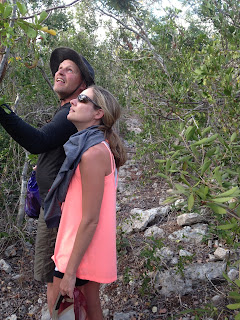 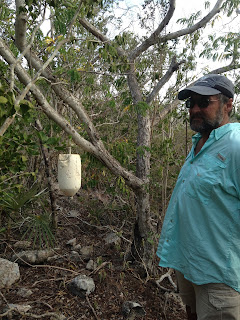 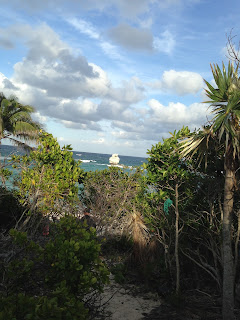 It was well worth the hike.  There was a beautiful beach with crashing waves and rock formations off shore.  But there was a lot of garbage on the beach that must have washed ashore after the hurricane.  And most of it was plastic. 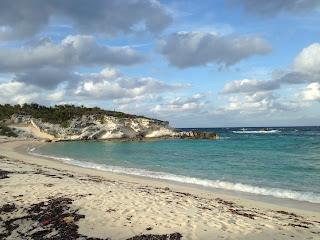 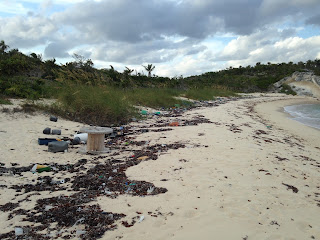 When we returned to the beach where we left our dingy, there were about a dozen boaters having a happy hour on the beach.  They invited us to join them.  We visited for awhile, but were ready to get back to the boat.  We had thawed some of our wahoo from the fishing trip in the Abacos to have for dinner.  Plus we were tired from hiking and not sleeping well the night before.  But nice people.   They gather there every Sunday night.  There were a few tables and benches.  There was also a fire pit where they were planning to have a bonfire.
///buidlings near Gvt dock, beach and trail, beach party area 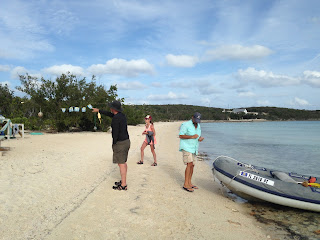 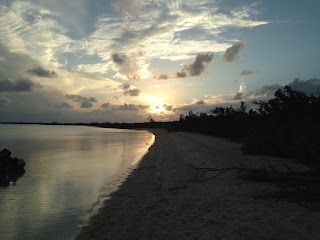