We decided to leave early to make it to Gloucester, MA in the afternoon.  As we were getting ready, I could tell there were some awesome colors to the sunrise from the light coming through the windows.  WOW! Was it ever beautiful.  I took a few shots with the sailboat next to us in the pictures.  We tried calling them on the radio to see if we could give them the photos.  When they didn’t answer, we decided we shouldn’t wake up 4 kids and a dog.  We were able to look up their boat and got the name of the husband, but no way to contact them.  I belong to a Facebook group called Women Who Sail. I posted the picture and asked if anyone knew who they were.  It didn’t take long before we were connected.  I sent her the other 3 photos, too.  They were so appreciative. 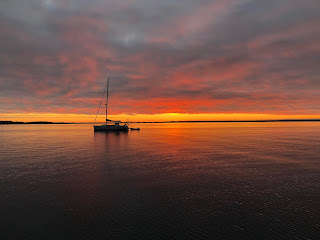 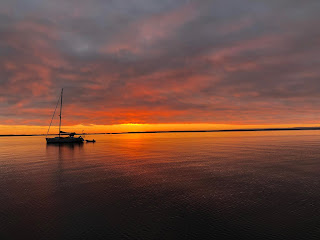 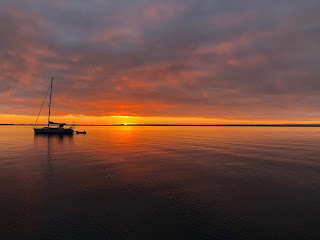 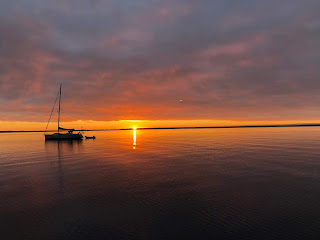 Today on our way to Gloucester, we saw whales!!!  We haven’t determined what kind, but pretty cool.  On the second half of the trip, we had fog.  At one time it seemed as though we were traveling right on the line between the sunshine and fog. 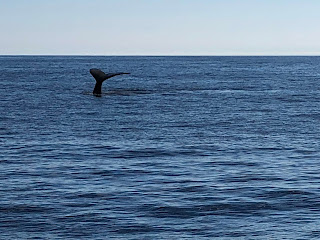 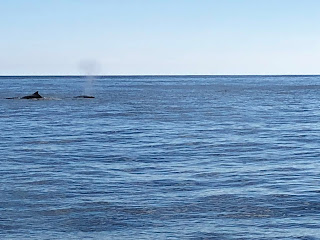 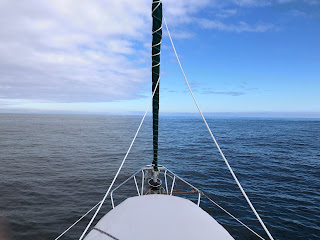 Once we reached the outer harbor of Gloucester, we were in a mine field of lobster pots.  They even put them in the shipping channels and anchorages!!  I sat out on the bow reading to redirect Dave, but he did pretty good.  You don’t want to wrap the lines around your prop. 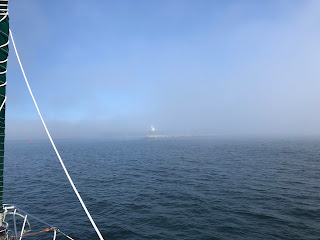 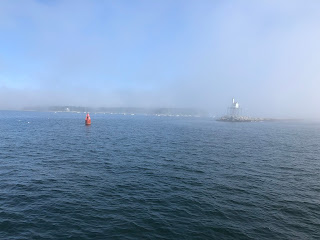 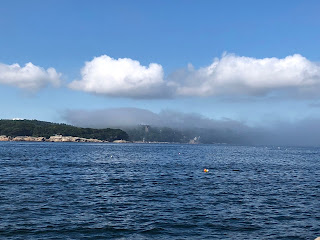 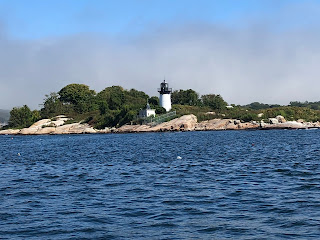 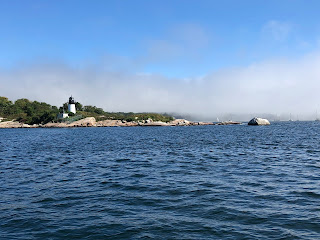 We anchored in the inner harbor and decided to go explore the town.  This is where they filmed The Perfect Storm.  We found a nice working community with lovely parks all within walking distance of the dock.  There was a nice blend of tourist attractions and working fishing boats and shipyards. 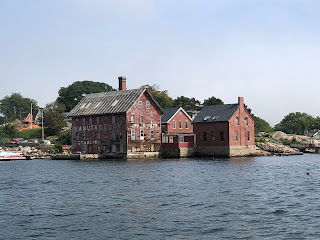 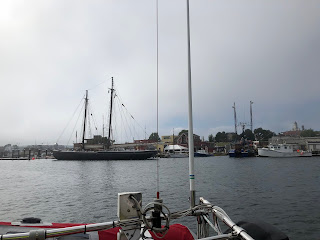 We found a great place to have lobster.  A local had recommended the Gloucester House.  As we walked up, we were thinking “we’ll spend some bucks here”.  Then we noticed their outdoor venue called Blue Collar Lobster.  They had 3 lobsters for $30!!  We shared those along with some clam chowder.  Yummy!! 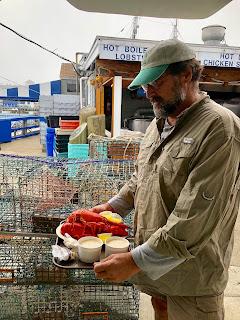 Afterwards, we walked around town and found the park with a sailor statue.  Gorton’s seafood is headquartered here.  The statue is what you see for their logo. 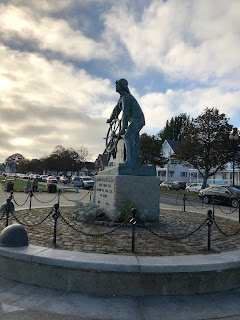 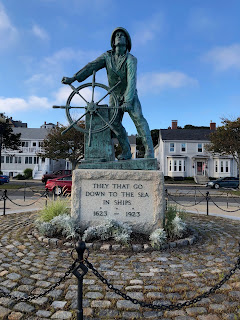 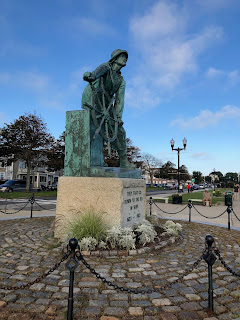 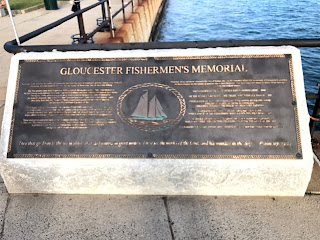 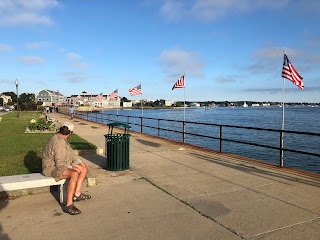 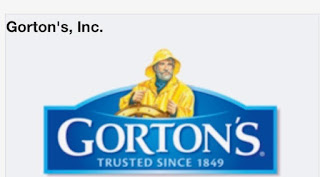 Posted by svluckofafool at 1:06 PM