We left the mooring ball about 9:00am.  As we were leaving, we saw the boat Stargazer with Gina and Jody.  We had met them in Brunswick Landing Marina in GA.  They were heading to R&B for boat work, too.

We headed south and made it to the Current Cut shortly after 10:00am.  You have to time your passage so that you aren’t at the fastest flow of water through the cut.  Low tide was about 9:00.  There were 3 boats coming through from the other direction, so we made circles on the north side until they passed.  We were going to be going with the current.  They were against it.  A smaller boat looked like it struggled some to make it through.  We made it though just fine.  We prefer to go with the current rather than fight it.  8.5k was our fastest time, so good timing.  We always make a plan when passing through this cut and haven’t had a problem. 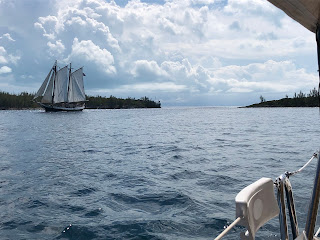 By 12:30, we anchored off of the Glass Window area of Eleuthera.  There is a bridge in a narrow section of the island that replaced a natural land bridge that had been taken out by a hurricane.  There is a beautiful view of the deep dark blue water on one side with crashing waves, and the calm turquoise blue on the shallow side.  Joe, Erin and I went to shore and hiked around the area.  Dave stayed at the boat and made water to fill the 90 gallon tank. 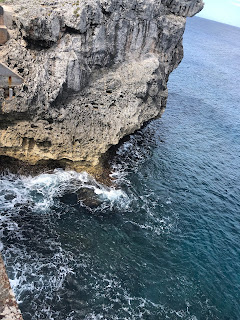 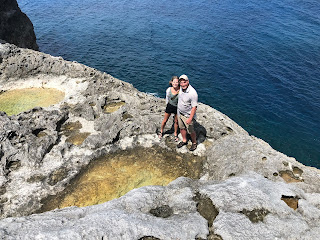 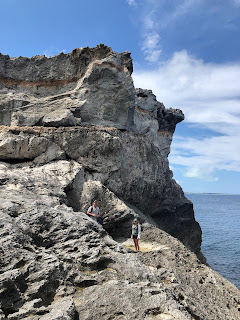 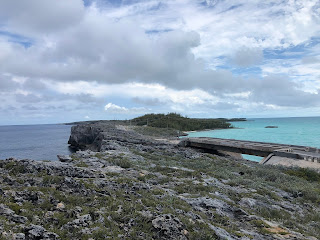 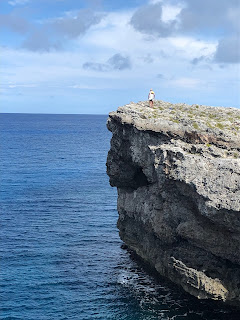 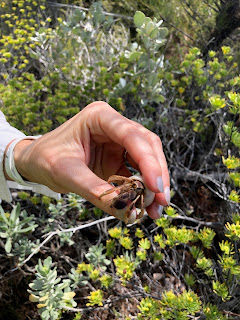 We were back at the boat at 3:00 and headed further south.  Because of the south east winds, we didn’t go as far as we had planned.  We picked a cove that had a little more protection.   We were anchored by 4:30.  Joe, Erin and I decided to snorkel the shoreline.

This was supposed to be in with the Glass Window photos.  Too much work to move it.  At least it's on the right day.

Back at the boat, Erin cooked us an awesome Mexican chicken dish with rice. 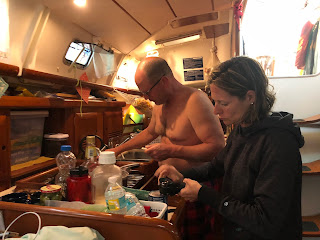 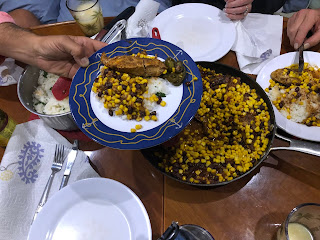 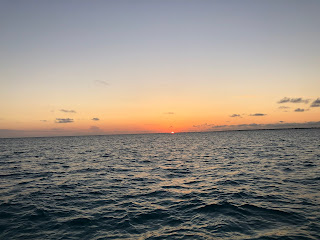 Posted by svluckofafool at 2:11 PM