We had a relaxing morning on the boat with breakfast in the cockpit.  We moved the boat to the south end of Little Egg to anchor closer to the wreck we wanted to dive.  All 4 of us took the dinghy to the wreck.  The dingy moves pretty slow with 4 people in it.

A Lebanese freighter, the Arimoroa MV carrying guano-based fertilizer wrecked in the 1970’s.  The ship was on fire and the only way the captain thought he could save his crew was to beach the ship on the nearest island, Little Egg Island.  All the crew were rescued, but the boat burned for 3 months.  The reef was poisoned by the fertilizer and was void of sea life.  But over the years, many fish have returned.  There are large schools of fish amidst the debris from the ship.  Part of the bow can be seen about water.  The remainder of the ship lies in about 25 feet of water. 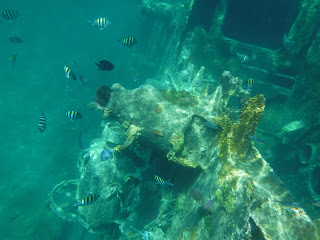 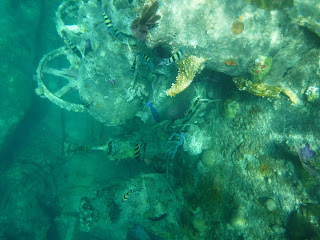 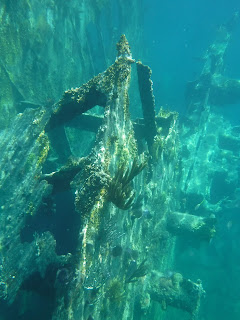 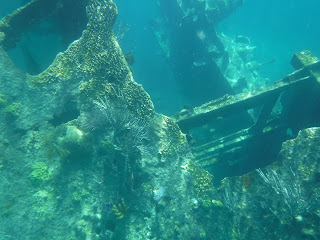 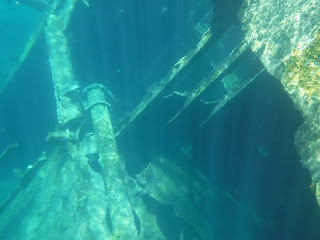 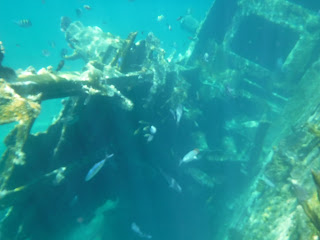 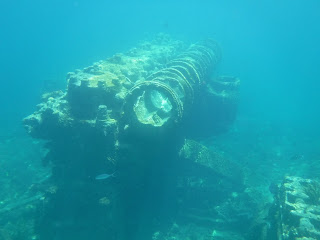 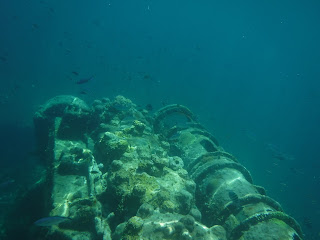 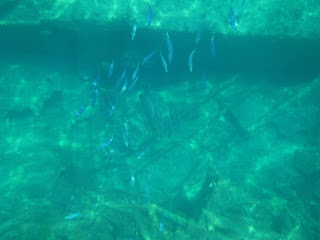 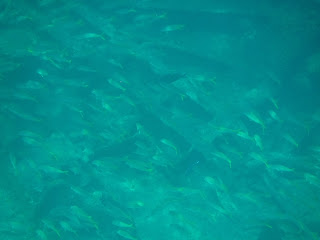 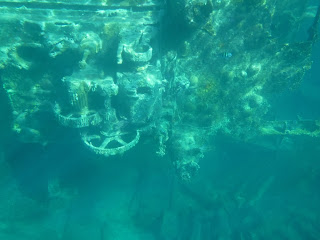 Before returning to the boat, we stopped at Little Egg Island to snorkel the shoreline.  There is a large osprey nest on the island.

When we returned to the boat, we all had showers on the stern of the boat.  We moved the boat to the south west side of Royal Island to position ourselves for snorkeling and sailing tomorrow.  We had the mutton snapper for dinner with a ginger, pineapple rice dish and salad.

Dave made up one of his run Sea Hag concoctions.  He puts some juices, coconut milk and ginger ale in a pitcher with rum.  Mighty tasty. 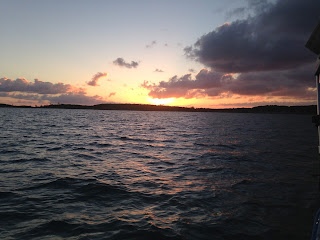 There was such a nice breeze on the water that Kaye wanted to sleep outside.  So Bev decided to join her in the cockpit.  We have had several people say they think it would be great to sleep outside, but they are the first ones to actually do it.  Luckily, it didn’t rain and there weren't any bugs.
Posted by svluckofafool at 6:19 PM