Thursday
Happy Birthday to my brother Don and brother-in-law Jim!

We’ve had a couple stormy nights.  Heavy wind and rain.  Should be better by this weekend.  Dave’s medication is helping!!  He said he can even feel it doing something under his skin.  He was having intense pain, especially during the night.

He headed in to get fuel late morning.  The fuel tankers were there filling tanks, so he came back empty handed.  You don't want to get fuel right after it’s been stirred up on the water anyway.  Too many particles to clog your filters. 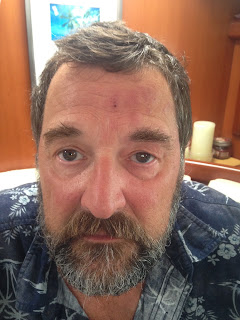 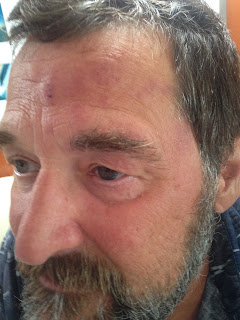 Friday
After another squall passed through, we moved to Water Cay, just north of Marsh Harbour.  We wanted to get out of the harbor to make water.  This is a beautiful bay with protection from the south.  It used to be pretty isolated.  But now we are seeing some activity on shore.  They are building something big.  They even have a couple channel markers to get into the place.  We decided to anchor north of the action.  That way we avoided the boat traffic that is probably going in and out of Marsh Harbour with workers or supplies. 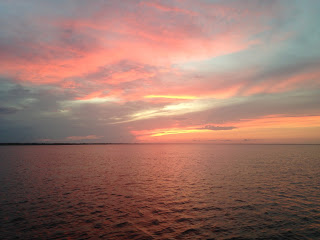 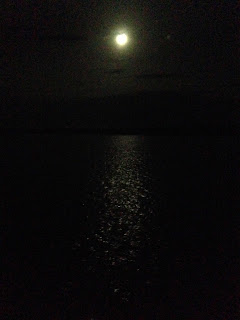 Our niece, Dena, on Dave’s side, lives in Minnesota with 3 kids.  Her oldest son graduated from high school today.  Would have loved to be there.  Beautiful family. 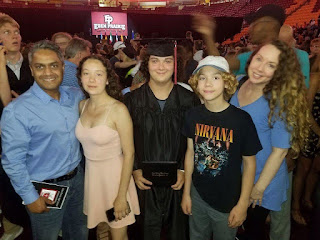 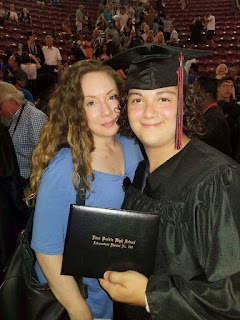 Saturday
We had a late morning start to head north today.  We have to go outside of Whale Cay and back in to go north.  The center of the Sea of Abaco is too shallow.  Today was a nice calm day to go through those cuts.  Once we were on the outside of Whale Cay, we decided to spend some time fishing in the ocean.  Stephan from Canada gave us some advice about fishing in 150 feet of water to catch tuna.  And Dave tried his new cedar plug lure.  We burned up some fuel, but didn’t catch anything.

We headed in to anchor at Green Turtle Cay.  We had talked about going to shore, but were pretty lazy once we arrived and stayed on the boat.  Later that night, we had music entertainment from a bar on the shore.  It started out with some oldies that we enjoyed.  But, by the time we wanted to go to bed, things changed.  Thank goodness for ear plugs.

Posted by svluckofafool at 10:23 AM