Happy Easter!  We started the morning with taking our dinghy on a 20 minute ride down Sister Creek to Sombrero Beach for a sunrise service for Easter Sunday.  It was a beautiful morning.  There were about 6 dinghies at the beach.  Then we walked up to the park and there were about 200 people there.  I guess the park is accessible by car, but I didn’t think about that.

There were 4 different ministers that shared the service.  The guy on the organ looked and sounded like an old rock star.  He was very good and sang a solo of ‘Mary Did you Know”.  The other music was provided by a group of 5 women and it was the good old southern gospel type of music.  There were programs for us to follow along and to sing along.  There were also lots of amens and alleluias.  They also had communion that was unusual for me to see.  They passed out little containers that were like restaurant jelly packets.  There was grape juice in the bottom.  But there was a top layer that had a wafer.  All at the same time, everyone peeled back the first layer and had the host.  Then together, you peeled back the second layer and drank the juice.  It worked well for a crowd that wasn’t sitting in any kind of organized rows.

We returned to the boat, had a small breakfast, & I changed for church.  Dave took me to shore to get a taxi to the Catholic Church by 11:00.  When I walked up to the common spot to wait for a taxi, I saw a couple dressed like they were going to church.  So I asked them if they were waiting for a taxi to go to the Catholic church.  They were, so I asked if they would want to share a taxi.  They were glad to share.  We exchanged the usual introductions and found out we had the exact same boat.  There’s was a 2003 and ours 2007.  So that got us talking about all kinds of things unique to our boats.

They wanted to make a stop on the way back, so I paid for the taxi there and let them pay for the way back.  They have been here most of the winter.  They found out that the Walgreens liquor store had the best prices for their scotch.  So they like to stop there on the way home from church.  They were a little embarrassed to tell me, but I though it was pretty funny.

Dave met me at the dock and we went out for Easter Sunday lunch at the restaurant across the street.  We had been there for dinner with Dean, Florida Keys Steak and Seafood.  Dave had their rack of lamb that was on the special.  It came with a mint sauce that was unbelievable.  I had a skirt steak prepared with a Mexican flare.  Also delicious.  Dave had his favorite dessert, flan.  He said it was as dense as butter, the best he had ever had.

After lunch, we headed towards the boat that belonged to the people I went to church with.  On the way, we saw a 393 Beneteau and were checking out how he had his dinghy and life raft attached to his stern.  A guy was outside, so we started visiting.  Then we tied to his boat to visit, and eventually, they invited us aboard their boat.  Very interesting couple.  Gerry and Isolda.  He was from the northern part of the Yukon Territory and she was from Germany.  They had been living in Northern Ireland for several years (and many places in between).  They left there to join a group called World ARC and circumnavigated the world in 14 months.    Now they were heading to Nova Scotia where they bought a home and they are selling the boat.  They even invited us to their home in Nova Scotia.  After visiting with them, we are going to check into circumnavigating.  No definite plans or dates, just checking.

We then returned to the boat to get it ready for our son, Pete, to visit tomorrow.  Can’t wait. 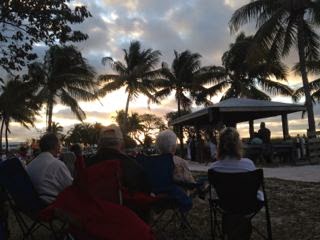 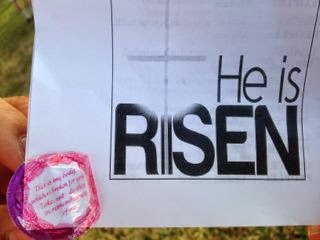 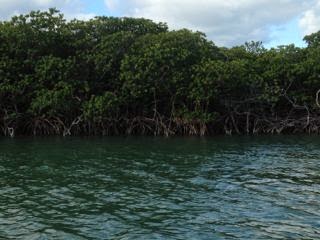 We drove through mangroves on Sister Creek.   Thought I'd include a picture in case someone had not seen mangroves.  I guess it's a good place to tie up a boat in a hurricane.  The mangroves just move with the water.
Posted by svluckofafool at 12:20 PM