Today, I joined Rich, Dave and Heather on a tour of the island.  We had decided to leave about 9:00, and I picked up the others again in our dingy.  My Dave did not join us.  So any reference to Dave today would be from the other couple.  Before leaving town, they showed me the grocery store and Catholic church, and checked the time of mass on Sunday.  We decided to head south.  Rich has spent some time on land, so we let him direct us to a few places.  We drove to the east coast facing the Atlantic where there was an abandoned US Navy station.  The barracks were now occupied by a herd of goats.  The ocean view was great.  Then we stopped at a small resort, that was closed, where he had spent an afternoon around Christmas. 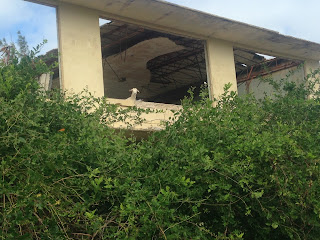 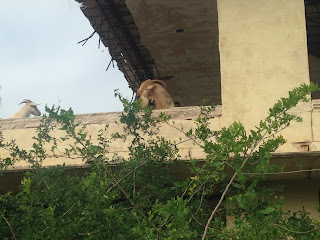 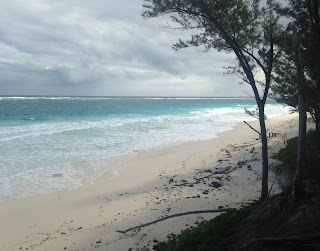 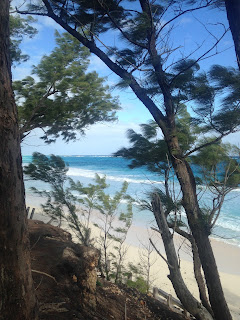 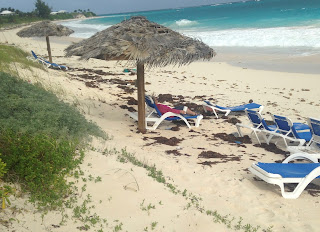 Next was Governor’s Harbor.  There is a nice beach in this harbor.  On the beach were some young boys and several small sailing boats, Sunfish and Optimist.  They were free to use, so Dave and Rich took two of the Optimists out for a little sail.  We were ready with the cameras, but neither one capsized.  We had coffee and a pastry before leaving town. 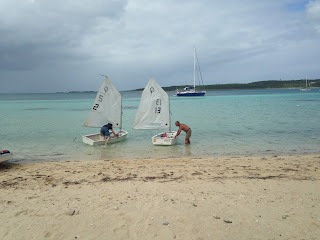 We continued south to Rock Sound.  We would detour through the little coastal towns along the way.  In Rock Sound, I showed them the Ocean Hole that is right in town.  It is about 600 feet deep and connected to the ocean.  Just after we arrived, a van of about 12 teenaged boys stopped.  They dared each other to jump in, and all it took was one to get it started. 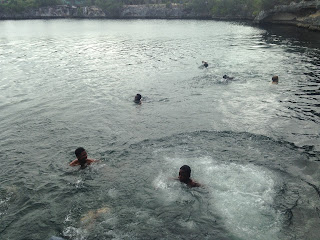 We went to a local diner, Sammy’s, for lunch.  The menu seemed more American than Bahamian.  3 of us enjoyed cheeseburgers and fries.  Dave had conch chowder that came with Johnny cake.  I was surprised that none of them had ever had it before.

We headed back after lunch.  About 4:00, we came by a vegetable/fruit stand along the road.  We stopped to check it out.  Besides what was displayed in the stands, the man said he had greens and listed off what he had.  I decided to get arugula and cilantro and some peppers.   He took off with a couple bags and headed towards the garden, so I followed him.   He actually picked what I wanted and bagged it right then.  Now that’s the freshest you will ever get it, besides growing it yourself. 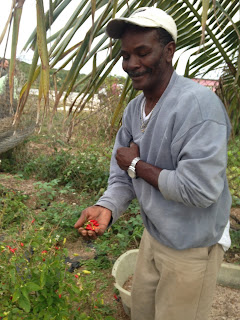 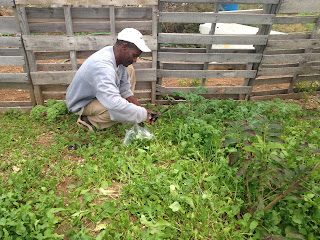 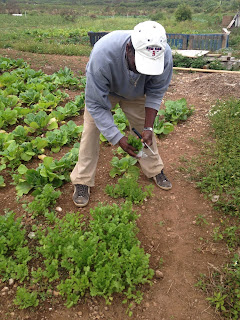 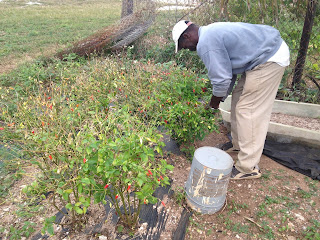