We woke up early this morning, so we listened to our weather guru, Chris Parker, at 6:30 am on the Single Side Band radio.  He owns Marine Weather Center and provides weather forecasts for the Caribbean, the Northwest Atlantic, the East Coast of the US, including the Gulf of Mexico.  His broadcasts start at 6:30am and every half hour move on to another part of the ocean with the last one starting at 9:30 am.  If you are a paying customer of his, you can call him for the weather in a specific area that they are in during his broadcasts on the SSB radio.  Or ask for advice for making passages (off shore trips).  You can also e-mail him for advice.  There were a couple boats out in the open water near Bermuda that wanted his advice with this upcoming storm.  It’s nice to know there is someone you can check with when you don’t have wifi capability off shore.  I don’t know if Chris ever sleeps or takes a vacation.  We have been using his services for a couple years now.  Besides the morning broadcasts, he send out 2 e-mail every evening, one for the Caribbean and one for the Bahamas and East Coast.  And if there is any storm activity, he’ll send out a daily update on that.  The only time I remember him not giving a daily report was when he was updating equipment.  Maybe that was an excuse for him to get away.

Today, Dave found another pump in his spare parts that he thinks will work for the generator.  But he couldn’t find the hose he wanted.  So he will go to town Monday to find that, weather permitting.  We are also thinking about picking up 2 five gallon water jugs to have on board, just in case the partial fix, or the alternate pump don’t work.  He realized that there has been a slow leak for awhile and the salt water had started to corrode the shaft.  So eventually, he will want to rebuild or replace the original pump.  Right now, the generator is running with the one seal he replaced.  But there is still a minute leak where the shaft has been grooved by corrosion.  He sprayed anti-corrosion fluid on it to get by.  If it really starts leaking again, we’ll go to the auxiliary pump.  But back in the states, it will be repaired with a repair kit ($200 vs $500 for a new pump).  We are having a reality check as to what we need to have on board to be able to take care of ourselves if we were to go farther away from the US.  Shipping parts can be expensive and take a long time.  And you never know if you will actually receive them in some countries.  So some people have friends bring parts with them when they visit.  Also, you may have to pay a custom’s import tax on anything you ship or bring here unless it is an engine part.

We had bought chicken on Thursday and thought we better cook it today.  Dave usually grills it, but it was getting pretty windy and he was still putting things back together outside before the weather got worse.  There were 4 hind quarters (we like leftovers), so I didn’t think there was room to bake it in our small oven.  I can’t remember the last time we fried chicken.  He suggested I boil it.  I was thinking “boiled chicken, yuck!”  He really did spoil me by being my chef for over 20 years.   So I put on my “big girl panties” and used our precious data to google a recipe for chicken and dumplings.  Pretty soon Dave commented from outside how wonderful the chicken smelled.  He remembered as a child asking his mom “when will it be done?”  And was thinking the same thing now.

With the limited space, shuffling of things to get ingredients and pots and pans, dirty dishes piling up, I was ready for a beer with dinner.  I wondered how my mother kept from drinking.  She planned and cooked 3 meals a day for 7 people for many years.  Plus caramel rolls, bread, pies, cakes, cookies, you name it.  I really took her for granted. Miss you Mom! 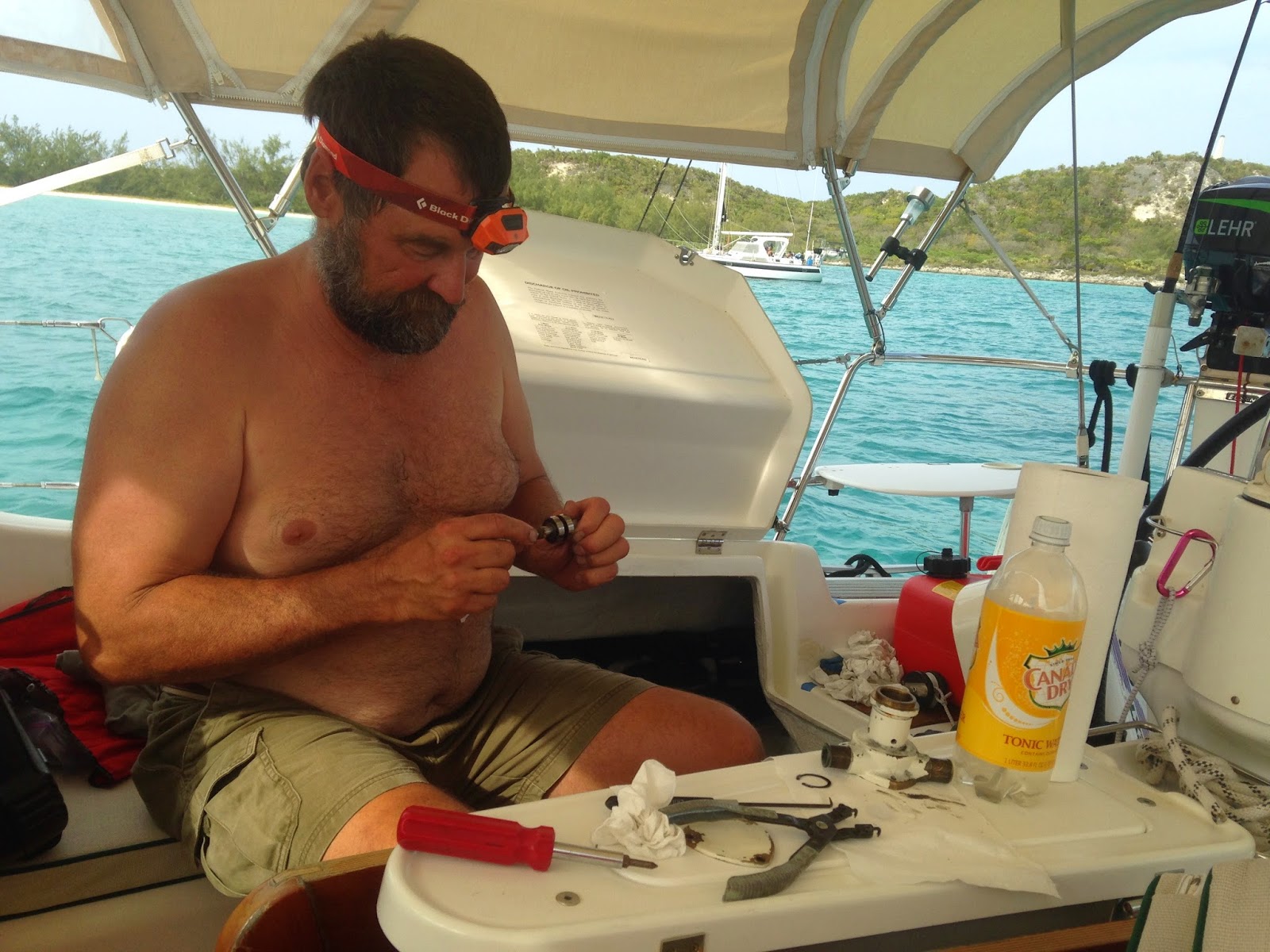