Nancy and I headed into Hopetown today.  We spent the morning touring with a little shopping.  Our first stop was at the Lighthouse.  We started up the 101 steps to the top, but Nancy stopped after about 8 steps and informed me that she was afraid of heights and I should just go up without her.  We were discussing that I had been up before, so maybe we should just head out.  Right then, about 6 boy scouts and their leader stepped up and said they would help.  They. Had her focus on the wall, and one scout talked to her about how there were from Texas and were here as part of a Seacamp adventure on a sailboat.  Before you knew it, we were at the top.  Nancy even went outside to take in the view.  When we were ready to go down, the leader helped her.  He kept his hand on the wall in front of her and told her to do the same then watch his hand as they went down.  It worked.  I don’t think I could have helped her they way they were able to.  We stopped in the gift shop just as the scouts were leaving.  The leader gave Nancy a metal stone/token with the lighthouse on one side and “shine” on the other side.  It was really special. 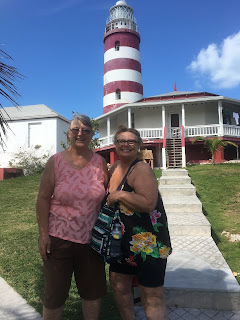 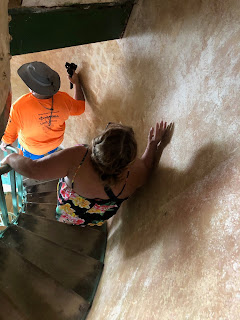 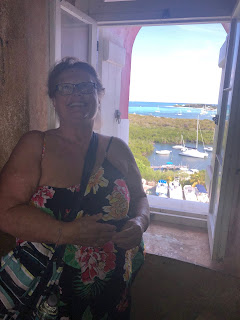 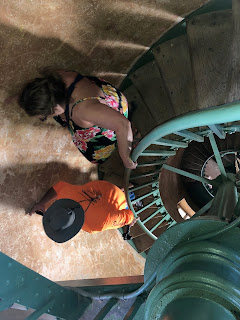 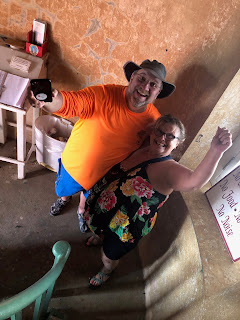 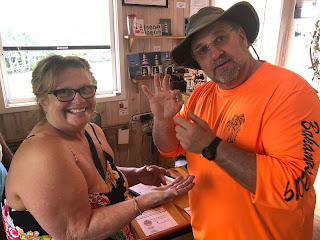 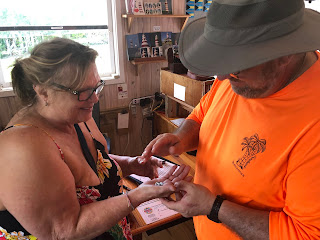 In Hopetown, we took in a view of the Atlantic and some of the beautiful properties in town.  She was able to pick up a few souvenirs for family. 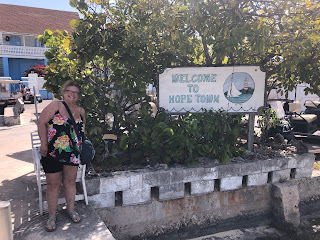 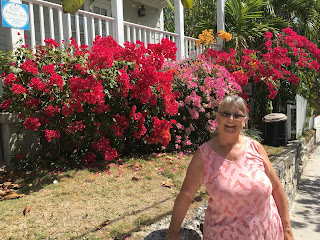 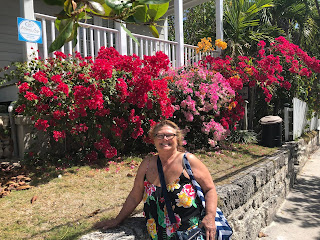 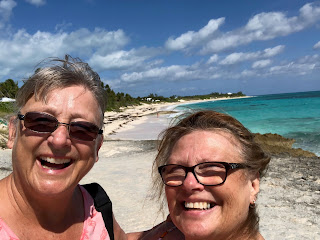 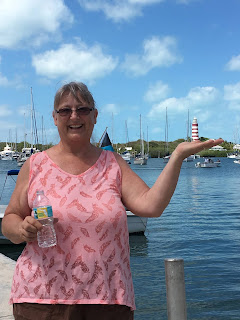 We made it back to the boat to move it at high tide, 2:30.  We needed to go through a shallow area to move south.  (Key lime pie wouldn't be done until 4:00, shucks.)  We anchored at the north end of the Tilloo Bank on Tilloo Cay.  There were 2 other boats anchored there and we knew them both from Brunswick, GA.  Magnolia, who we saw in Marsh Harbor, and Patty Jean with Jim and Wendy.  Small world. 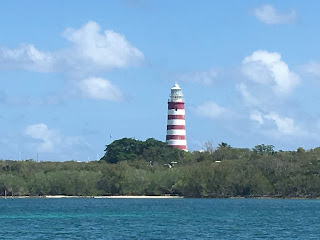 We spent some time at the beach teaching Nancy to snorkel.  She was getting the hang of it, but one of our fins broke.  Dave looked at both sets and the rubber was cracking.  Time to replace more equipment.  But Nancy earned the nick name “Breaker Breaker”. 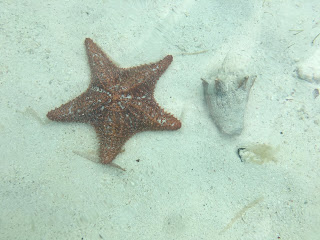 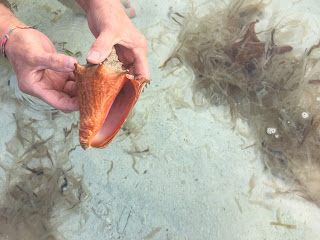 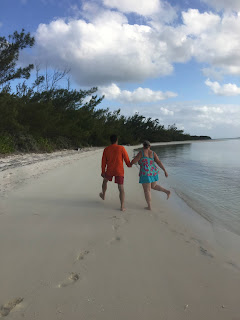 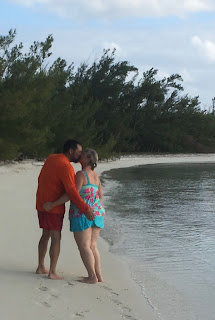 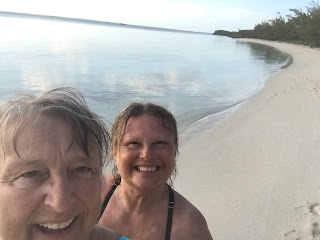 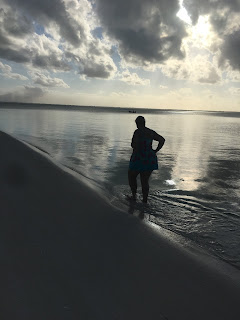 We had an awesome dinner of Dave’s grilled chicken with tzatziki sauce and veggies. 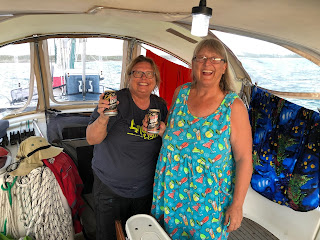 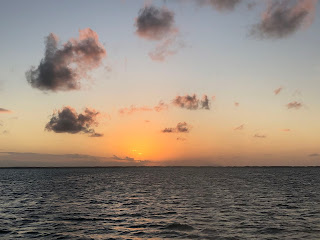 Posted by svluckofafool at 10:06 PM