Later that morning, we got up one by one.  We had breakfast at noon.  Then we moved the boat over to a wreck that was in shallow water.  It was supposed to have large schools of fish in the area.  We have a “hookah” system for cleaning the hull made by Airline.  We have enough hose for two people to use it up to 180 feet from the boat.  The air compressor that delivers the air has to stay with the boat.  So we set up everything for me and Cheryl to dive the wreck.  Well, we immediately realized we weren’t going to reach the wreck.  But we tried it out anyway, just to see how everything worked.  We enjoyed being in the water, but didn’t see much worth mentioning. 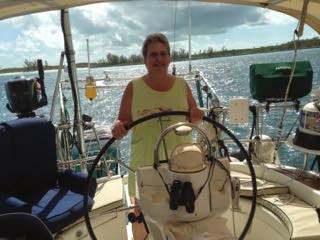 After we brought all the equipment back on board, Cheryl and I took the dinghy out over the wreck to see where most of it was located.  One piece is above the water, but the rest is scattered in pieces since hurricanes have broken it up.  As we were leaving, another boat showed up with scuba divers.

On the way back to our original anchorage, we thought we saw something large floating on the water and splashing.  So we went over to it and could see that it was a LARGE turtle.  We thought it may be trapped in a net or something because of the way it was flapping on the surface.  But, as we moved even closer, we realized it was two turtles that were mating.  We couldn’t see the entire back, but their heads were about the size of a human head.  And we think they were loggerhead turtles.  It was amazing to see. 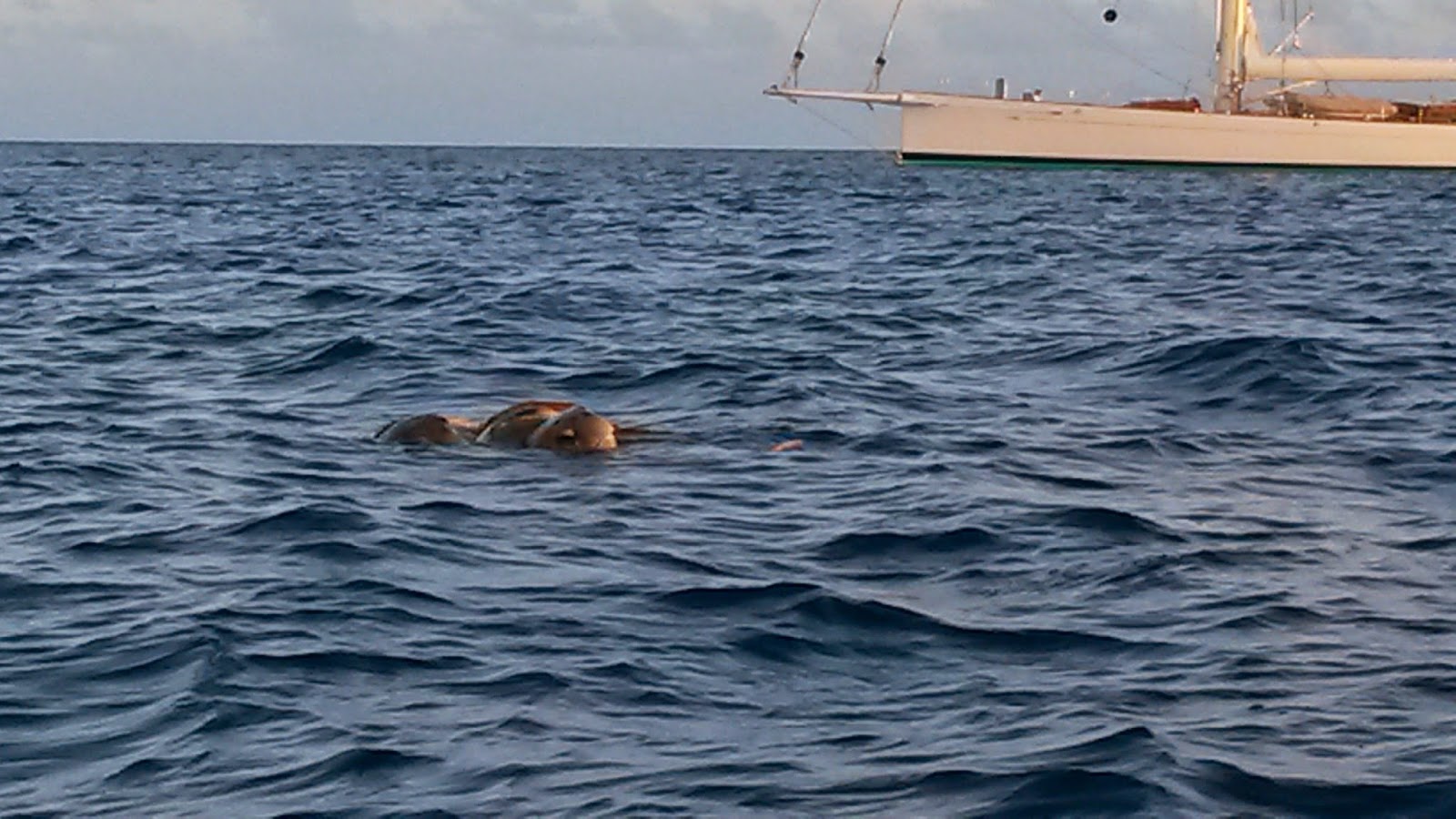 This morning a large power boat had anchored near us.  Now there was a beautiful, huge sailboat anchored in the same bay as us.  It must have been 100 feet long.  We figured out with our boat’s AIS, that the divers were from the sailboat.  We went for a dinghy ride to check out the island.  Then we decided to look for the turtles and go ask the people on the HUGE sailboat what they thought of the diving so we could decide if we wanted to dive it tomorrow.  They were very gracious and said that there were large schools of fish and lots of lobsters.  We told them about the turtles, then headed back to our boat.  On the way back, we saw the turtles again.  In the dinghy we were able to get even closer.  That was the high light of the day.

Posted by svluckofafool at 8:47 AM