December 2020 Visitors from Atlanta and Ohio and the North Pole

In early December, our cousin John Zeller from Ohio was working on a job in Kingsland, GA, about 30 miles south of us.  John drove to Brunswick to spend a day on Jekyll Island with us.  He stayed just late enough to see the Christmas lights, but not late enough for the fireworks.  Work starts pretty early for him.  It was fun spending the day with him.  And we found out he was going to be a daddy for the 3rd time! 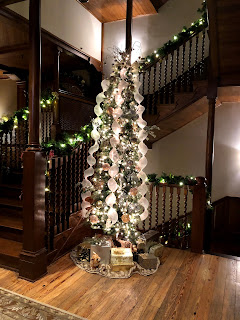 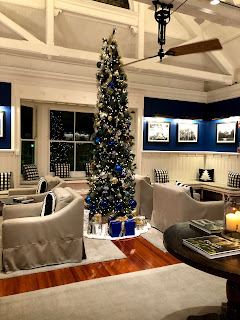 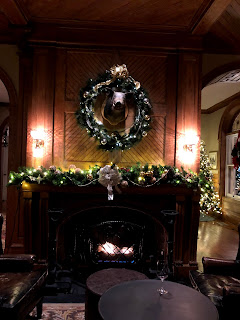 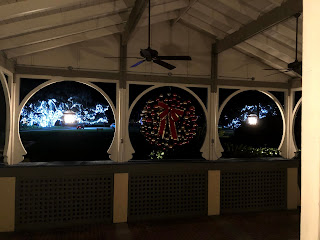 We are starting to have small gatherings at the marina again.  We are having a ladies luncheon once a month.  Everyone just brings their own lunch and beverage.  This month after lunch, we car pooled to an art gallery owned by one of our other boaters called the Artery.  It is an old bank converted into working spaces for about a dozen different artists.  During December, they had open houses with art work displayed for sale on the weekends.  They also offer various art classes.  But mostly, it is an area for these artists to be able to produce.  It’s amazing! 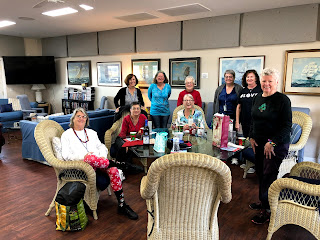 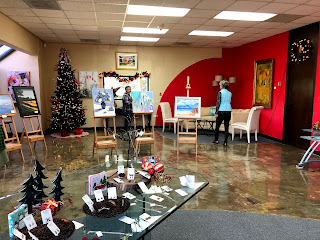 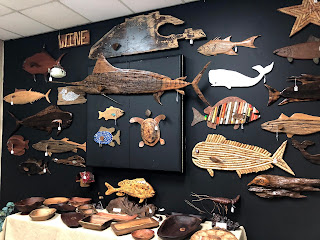 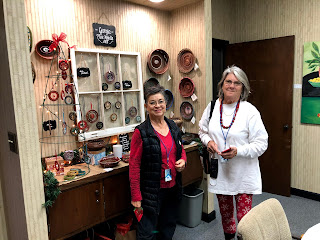 We had a dear friend from Atlanta visit for a week in mid December.  Deb Louchart is originally from Huron, SD.  We met in Brookings, SD while we were attending college at SDSU.  She married Randy Louchart and lived in Pierre, SD for a few years before moving to Atlanta.  Sadly, Randy passed away less than 2 years ago.  This was a great relaxing vacation for Deb and a fun chance for me to be a tourist in the area.

On St Simon’s Island, there are 20 “tree spirits” carved into the oak trees.  7 are in public property.  We found 6 of them today.  The traffic was too crazy to head to the 7th one. 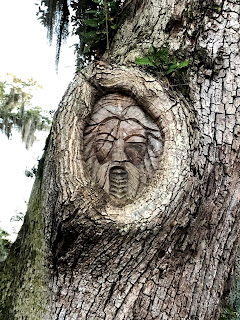 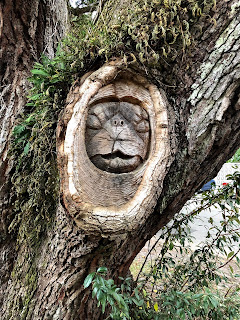 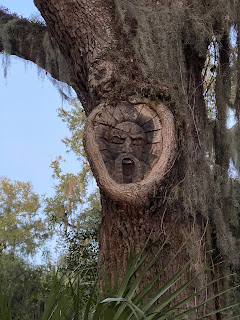 We were able to be part of a boat naming ceremony.  Our new neighbors, Lorie and Lehman Franklin, named their boat Sarayu, which means the perfect wind. 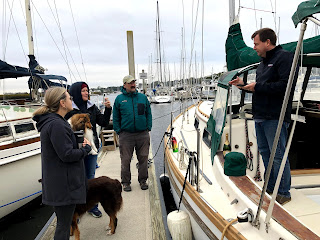 We visited the Hofwyl-Broadfield plantation just outside of Brunswick.  It was a thriving rice plantation on the Altamaha River from 1800-1915.  It was a dairy farm from 1915-1942.  The last family member died in 1973 and left the property to the state of Georgia. 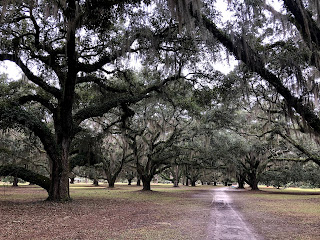 Thursday, December 17 was our 43rd anniversary.  This is the 4th year we have spent our anniversary on Jekyll Island.  We took Deb to our favorite spots starting with Driftwood Beach.  Then we went to the Jeykyll Island Club hotel.  The Christmas lights were up again.  We enjoyed a few drinks at the club, then had dinner at the Driftwood Bistro. 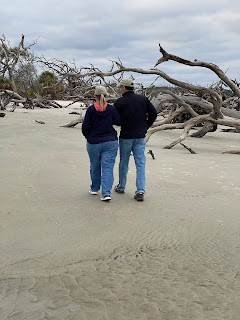 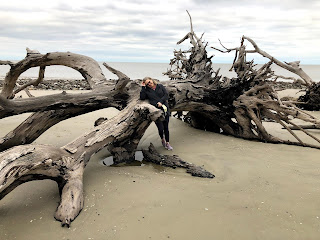 On Friday, Deb and I enjoyed the Jekyll Island tour of the historic district.

We spent Christmas in Brunswick again this year.  It was really nice to share it with Peter again. 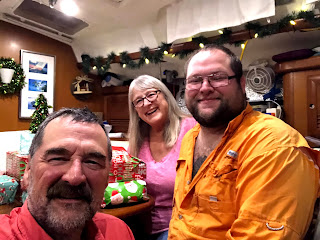 We also had a night of Christmas Caroling on the docks. 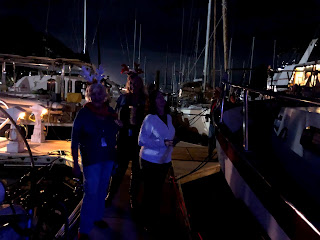 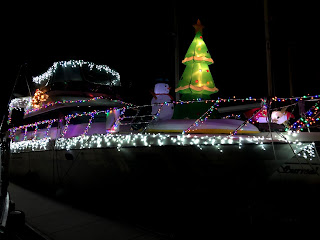 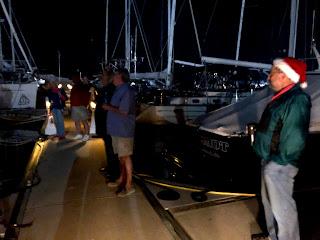 Posted by svluckofafool at 1:46 PM