Our marina provided the main turkey, dressing and gravy for our potluck dinner today.  This is usually the largest gathering of the year because many boats are heading south this time of year and stop here for Thanksgiving.  We met a new boater at our marina, Hood.  That’s her last name and that’s what she goes by.  She and I are members of a Facebook group called Women Who Sail.  So we had connected on FB before she arrived, along with 2 other women at the marina.  I spent part of Friday with her and anther boater, Nan from Wisconsin.  It was interesting to hear their different perspectives as female owners of boats.  Nan is selling her boat after about 20 years and Hood just bought her second boat, this one to live aboard.
On Saturday, Dave and I went for a sail with Hood and one other sailor from the marina for her to check out her boat.  It was fun to be back on the water. 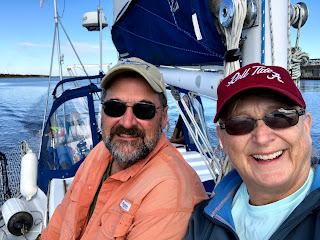 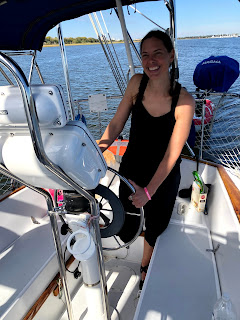 We had a Jimmy Buffett party at the marina to listen to a concert on XM Radio instead of traveling to Jacksonville for the concert.  Fun potluck with friends. 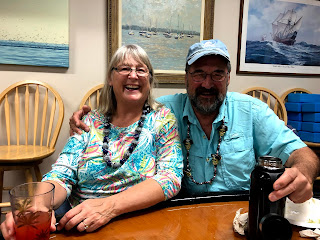 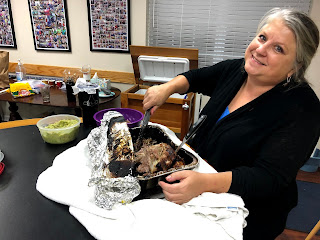 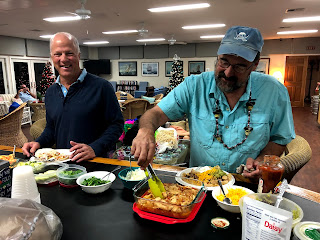 Pete had his first gig in Brunswick on December 15 at Tipsy McSway’s, a bar/restaurant downtown.  About 15 marina friends came for dinner and to hear him perform.  He was awesome, as always. 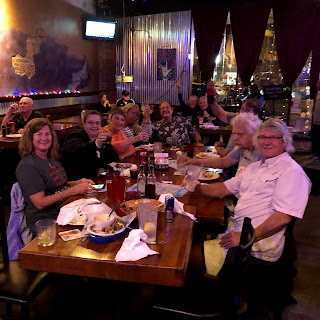 On December 20, I purposely set my alarm to get up and see a rocket launch from Cape Canaveral.  It’s about 200 miles south of us. 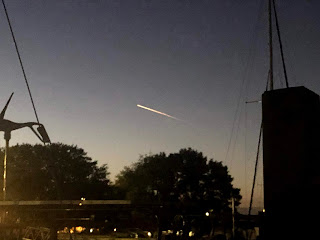 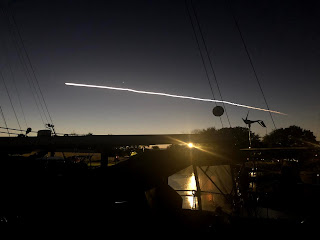 Our 42nd anniversary was on December 17.  We had a nice dinner at home then celebrated on the weekend on Jekyll Island.  We decided to stay at the Holiday Inn on the beach this year.  We enjoyed visiting with other guests at the “Manager’s Happy Hour” at the hotel .
On Saturday, we hiked Driftwood Beach and had lunch at Zachry’s Riverhouse. 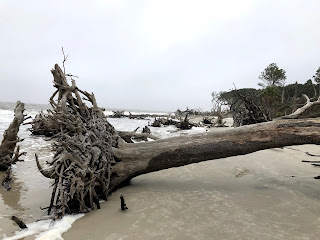 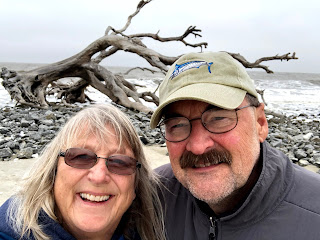 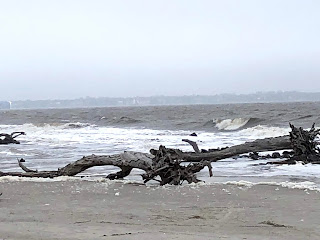 Pete joined us that evening.  We had dinner at the Driftwood Bistro.  We waited at the bar for our table and met a bartender from South Dakota.  She needed up knowing my niece’s husband.  Small world.
After dinner, we drove around the island looking at the Christmas lights.  They do a beautiful job on the island. 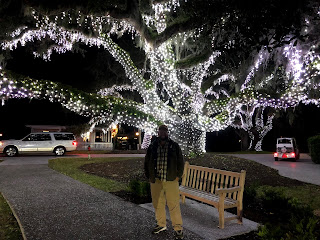 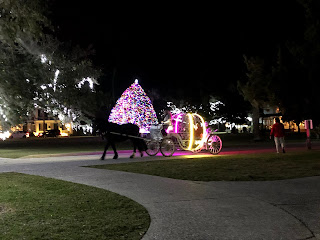 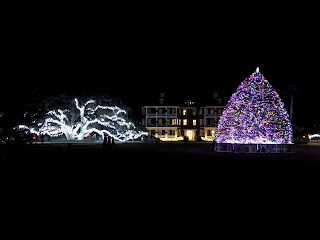 My long time friend from South Dakota, Cheryl Ulmer, had the opportunity to ride with someone going through Brunswick and spend a day with me.  She helped me do my shopping before Christmas.  Not for gifts, but for food and liquor.  We went to the marina’s happy hour.  She has been here before, so she knew several people here.  Afterwards, we used Pete’s car to tour the Christmas lights on Jekyll Island.  We used to rent a limousine to look at lights and celebrate her birthday on December 21 in South Dakota. 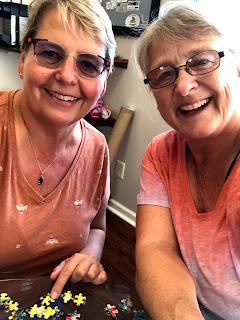 Pete had Christmas Eve and Day off.  It was great to just spend the day with him on the boat. My Christmas present from Pete was for him to sing with our church choir tonight at the Midnight Mass for Christmas.  He sang two solos, O Holy Night and Ave Maria.  I was sitting behind him while filming him, so pardon the view.

On Christmas Day, we enjoyed another pot luck at the marina.  Then we watched football with other and played card games with our marina family. 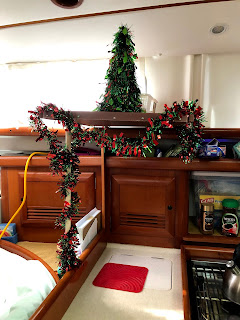 On December 27, we had a women’s luncheon at the marina.  It was a potluck lunch along with a potluck bloody Mary bar.  And we had a white elephant gift exchange.  Fun time. 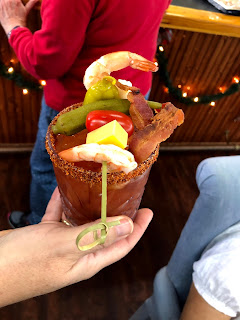 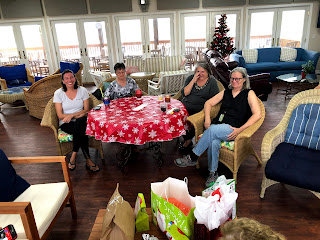 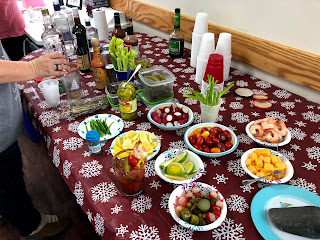 December 30-I had to try out a new vacuum system for my frozen foods.  We bought sous vide bags and an electric pump.  They are used when sealing food in bags to be cooked in a water bath.  But they work great as freezer bags.  The I love the rechargeable pump. 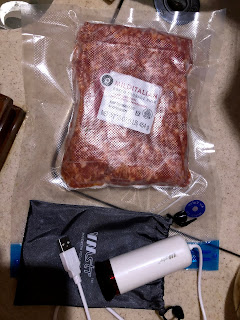 About 3:00 on New Year’s Eve, Hood had a renaming party for her new-to-her sailboat.  Another boater presided over the ceremony.  Then she provided beverages and snacks for everyone.  She is a high school biology teacher, thus the name Symbiont.  She felt that she and her boat were in a symbiotic relationship. 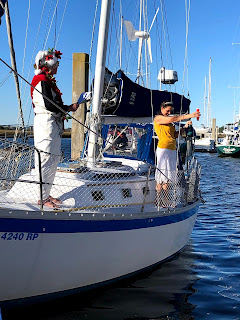 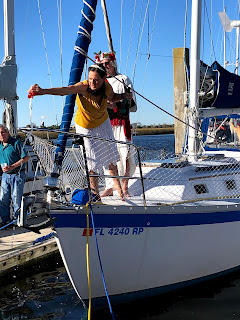 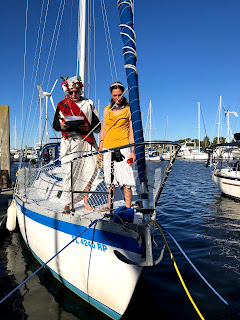 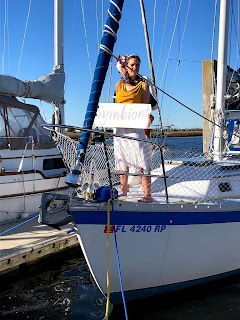 That evening, we played games with other boaters in the yacht club.  Pete and I made it to midnight, even though I didn’t plan to. 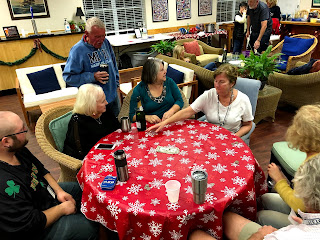 Posted by svluckofafool at 6:48 PM