October 3-6
We have friends in the Atlanta area that we met in South Dakota years ago.  We have visited Randy and Deb Louchart several times since we have had the boat on the East Coast.  Randy has passed away.  Deb sold their home in Lawrenceville and moved to a home on Lake Lanier.  I decided to take a road trip to see her and check out our new car.

It was rainy and cold, so we didn’t go boating on the lake.  But we enjoyed each other’s company.  Did a little shopping and house projects and just hung out.  Great girlfriend time together.


The Army Corps of Engineers actually owns the grass in front of house on the lake side.  She has a segment that runs between the house and water on the right end of the house.

We worked at trying to place lighting along the step to her bar in her family room.  The material with it didn’t want to stick to the slate.  We told her about butyl rubber that we use on the boat.  Should work for this situation.

October 13
We went to St Simon’s Island for dinner with Pete.  We had a really nice walk on the beach after dinner and right at sunset. 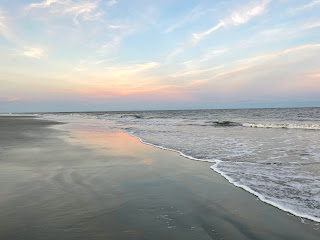 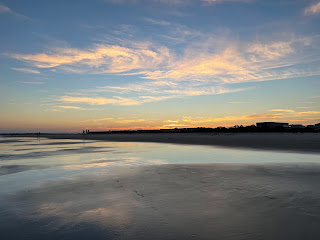 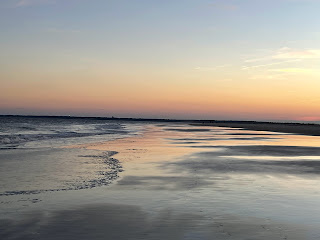 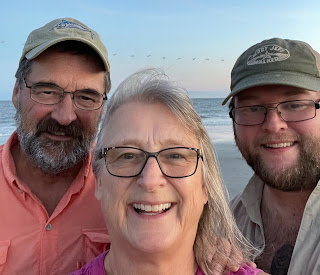 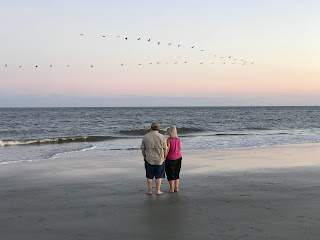 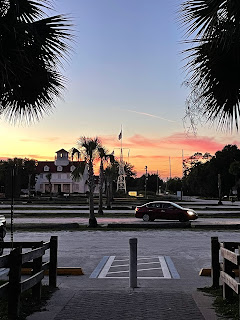 October 14
We went out for dinner with friends before they leave to head south, Margaret and Bill.  We ran into another couple that used to be on our dock but have sold their boat, Richard and Dawn.
After dinner we stopped at the Catholic Church in Darien, Nativity of Our Lady Mission.  They recently dedicated a memorial to 5 Spanish Franciscan missionaries who were killed in1597, Friar Pedro de Corpa and Companians.  In 1984, the cause of the martyrs was opened for canonization and still in the process.
Another beautiful sunset 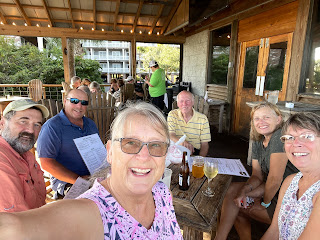 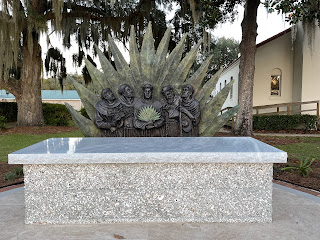 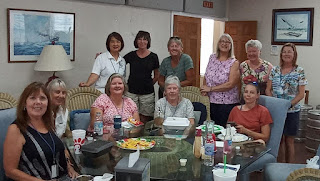 October 21
The marina hosted a pumpkin carving party at the clubhouse.  It was a fun evening. 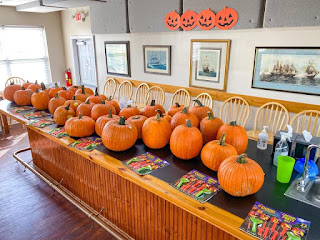 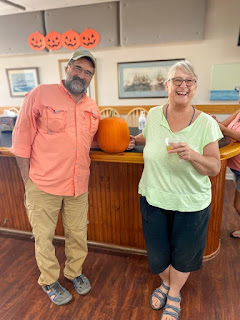 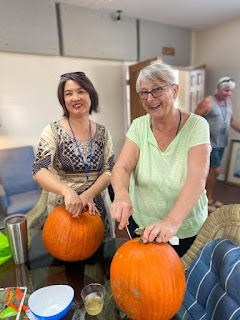 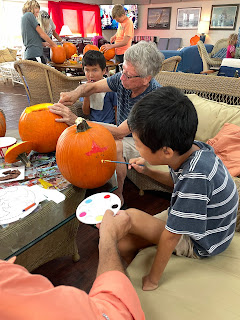 October 22
We planned to leave today for Rockport, Mass to crew for a friend, Jed and Amy.  We were going to help move their boat to Brunswick.  BUT, Dave’s mom had a slight stroke and we weren’t sure if we would need to leave for WI on short notice.  So we cancelled on him, AGAIN.  We were planning to help move their boat north last June when our sister in law passed away unexpectedly.  They totally understood and were able to find other crew.  And Dave’s mom continued to do fine and was at her home.  Lots of tests and consults, but she was never hospitalized.  And only her speech is slightly affected.

We were able to put in one of our port windows today.  Dave found a 3M two sided tape used for sky scrapers.  We're hoping the technology transfers to boats. 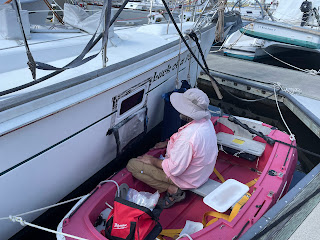