Saturday
Today, Joe and Erin Clausen from Minneapolis flew into Brunswick.  After they arrived late morning, we all went to a local Mexican grocery store that also has a small restaurant.  We call it a “step above a taco wagon”.  Out of 7 people, only Erin and I didn’t speak Spanish.  I can order off the menu and know a few other words.  Everyone ordered in Spanish, but I noticed the waitress would ask her questions in English.  It was nice of her to let everyone practice or use their native language.

We went back to the marina to partake in the last of a free BBQ and drinks supplies by a boat broker and the marina.  We were able to get one glass of beer and wine before it was over.
We ended up hanging out longer visiting with other boaters before we returned to our boat with more beer.  We were almost mugged carrying the beer down our dock to our boat.  We all went to our favorite BBQ restaurant for dinner, Wille Jewel’s, since we missed the BBQ earlier.

The Killions and Clausens had met each other in the Black Hills a few times.  They have all been long time friends, so it was fun for all of us to be together.  Dave and Joe were “training” 9 year old Alex.

Sunday
We spent the day on Jekyll Island together.  We visited the pier on the north end and Driftwood Beach on the east ocean side.  Then we spent time in the historic district which included a drink on the veranda of the Jekyll Island Club hotel. 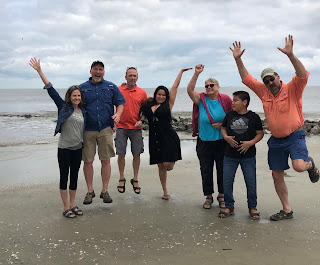 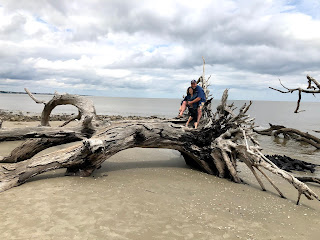 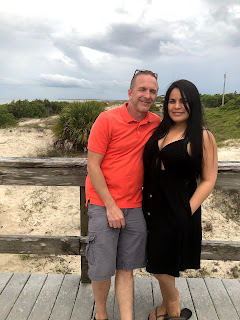 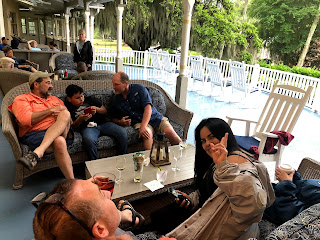 That night, AnaMaría made ceviche for us.  She used shrimp and tuna.  It was amazing!!  There were a couple unique things about here ceviche.  She “cooked” the tuna in lime juice as usual.  But she made a broth and boiled the shrimp.  She added the tuna and the chopped vegetables to the shrimp with some of the broth.  So it was actually served warm.  They add a dollop of peanut butter (sugarless) and serve it over fried plantains chips.  So YUMMY! 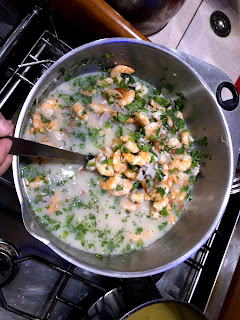 Posted by svluckofafool at 11:18 AM