July 24
Back to our water leak saga.  Dave tried to replace the hose clamps on the engine exhaust hose using the ones he bought in St Augustine.  They were the wrong size.  He ordered the correct size and exchanged them with the existing (possibly leaking) hose clamps.  We were thinking this was one thing that changed before our leak showed up.  We took our boat out for a sail today.  It's always great to be out on the water, even just for the day.  AND, NO MORE LEAKS!!!!!!!  2 years later, along with many other repairs that could have contributed to the leak. 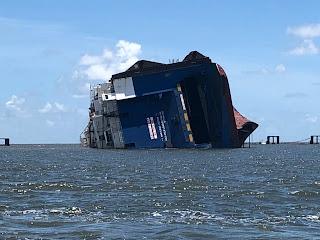 One advantage of having Pete work at a grocery store is knowing what’s on sale.  He brought home tuna steaks tonight and cooked them for us.  I made zucchini fries to go with it. 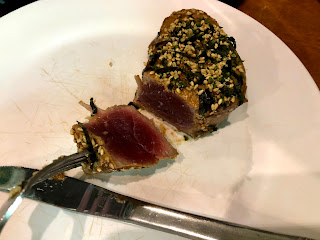 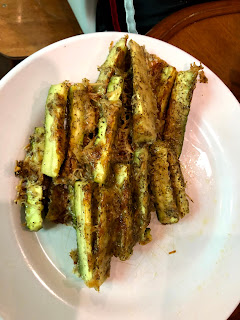 Today was Dave’s birthday.  We made homemade pizza using zucchini for the crust.  Yummy!
Where there's a will, there's a way. 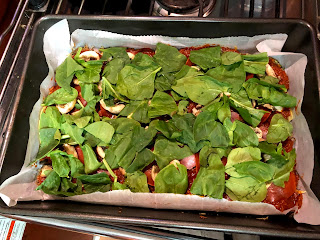 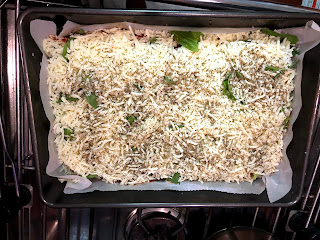 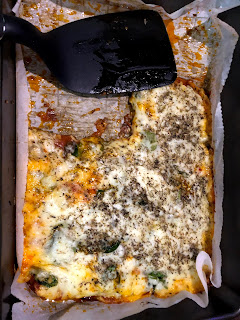 It was also our great niece Julianna’s high school graduation in Eden Prairie, MN.  This would be Dave’s sister’s grand daughter.  They had several ceremonies with only part of the class at each event to help with social distancing. 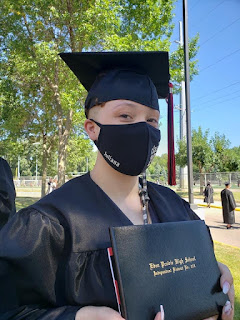 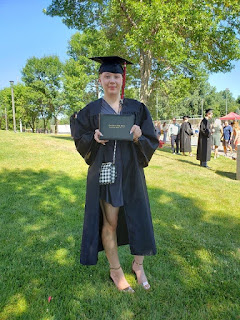 Aug 1 was my brother Jerry’s 70th birthday.  He sent us a great photo of himself with his awesome t-shirt.  We have lots of great memories of Jerry and Dave celebrating their birthdays together in Minneapolis when we lived there. 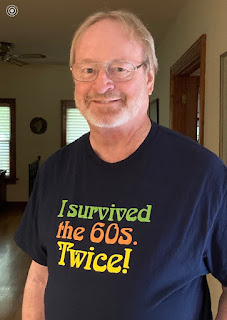 Aug 3  Isaias tropical storm/hurricane was offshore of Georgia today.  My walking buddies and I decided this hurricane was a “walk in the park”.  This really is a good place to have your boat during hurricane season. 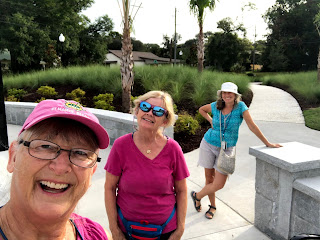 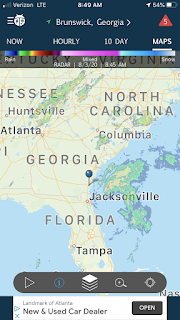 Another sale at Publix!  This time Pete brought home salmon! 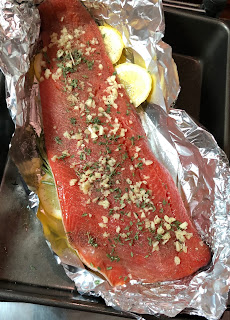 We store our dinghy on the deck of our boat during hurricane season.  Our neighbor and friend, Gene, helped Dave get it into position today.  He wanted me to take a few pictures so he could show his daughter that he really does do something while at the marina. 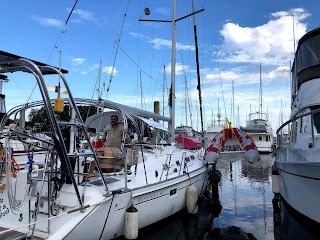 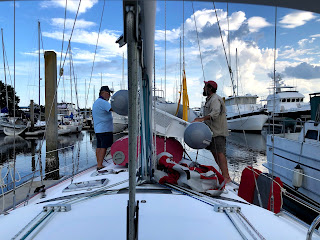 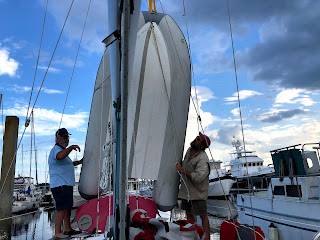 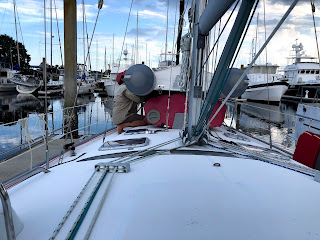 There is a couple here that are “gamers”.  Gavin and Catherine have taught us a few new games.  Today, Catherine brought her homemade board for “Tok”.  It was similar to a Parcheesi board, but made on a cloth with buttons sewn on for the usual spaces on the board.  This could be folded and stored in a smaller space on a boat than a regular hard folding game board.  She used matching colors for the different players.  Then she used thimbles with the matching color buttons on top for the pieces to move around the board. 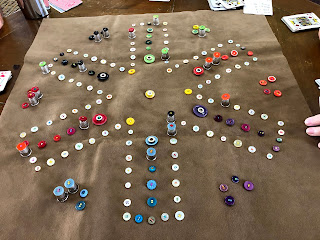 Tok is played with rules similar to the board game “Sorry”, but with a deck of playing cards for your movement options.  I have also played a similar game called “Pegs and Jokers”, but that one is played with partners.  I was able to google these games for rules.  We really enjoyed playing the game.

Pete had a gig at a restaurant on St Simon’s Island, Knat’s Landing.  A waiter at the restaurant had heard him sing at Bardelous in Brunswick.  He suggested the restaurant hire him to play.  We had dinner and enjoyed listening to him. 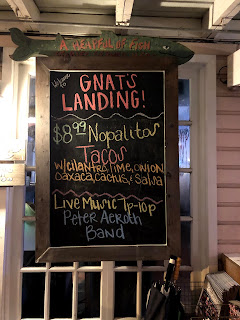 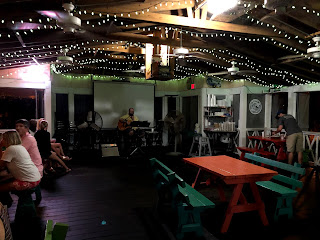 Posted by svluckofafool at 3:03 PM