Wednesday, May 20-After a lazy morning, Dave and I took the dingy to Cumberland Island.  You can only access the island by boat.  Usually, there is a ferry that brings people from St Mary’s, GA every day.  They aren’t running the ferry because of the pandemic.  So there were very few people on the island.  There are 2 docks on the west side on the ICW.  We went to the southern dock.  There are ruins at this end and fewer hiking trails.  The final section of the trail to the beach was on a road through the sand dunes.  We saw a couple dozen wild horses grazing, deer and armadillos.  The beach was deserted, which was also great. 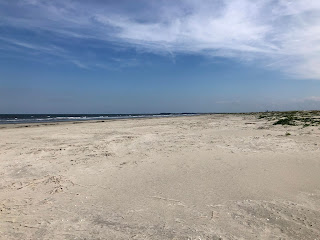 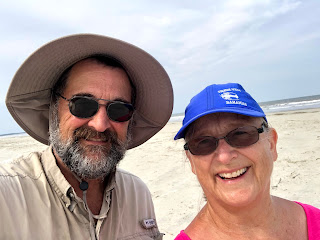 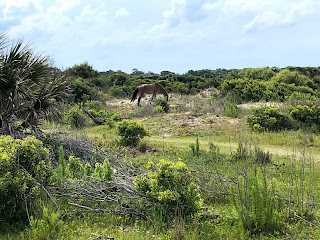 There is a feral heard of horses on Cumberland island.  The numbers range from 120-150.  They are not supported by humans.  With fewer visitors this year, we saw quite a few at the southern end of the island. 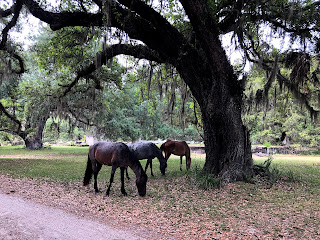 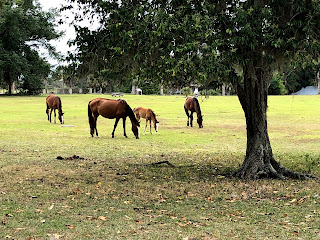 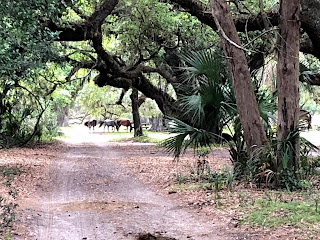 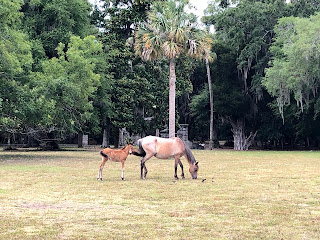 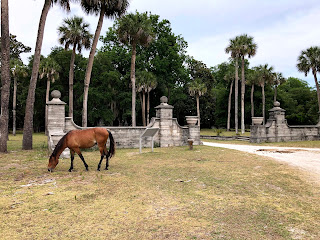 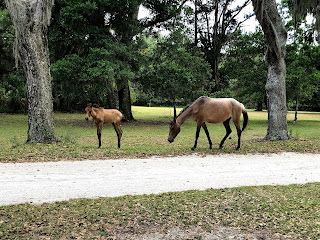 There are ruins on the island.  These are of the Dungeness mansion.  This area had several prominent residents.  James Ogelthorpe first built a hunting lodge in this area in 1736 and named it after Dungeness, Endland.  The remains in the photos were from a mansion built by Thomas Carnegie completed in 1886.  The Carnegies owned 90% of the island and built other estates for their children.  They moved out in 1925, and the mansion was destroyed by fire in 1959.  It is now part of the National Park Service. 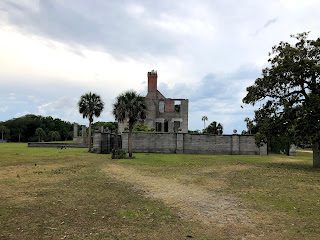 Thursday, May 21- we loved being at anchor again.  It had been almost a year since we arrived at the marina in Brunswick, GA.  So we decided to open another night.  Today, Dave, Pete and I hiked Cumberland Island.  We went to the northern dock where the ferry usually lands.  There was a ranger station and more hiking trails with campsites.  We took the Sea Camp trail to the beach.  The last section had boardwalks to cross the dunes.  Again, there were very few people at the beach. 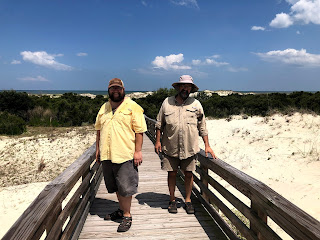 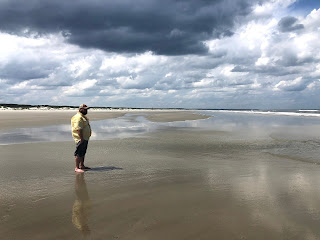 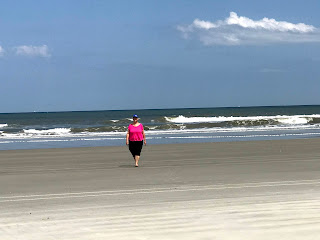 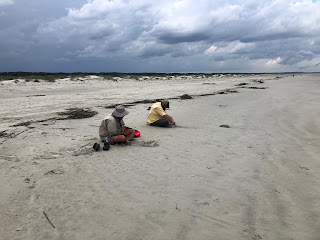 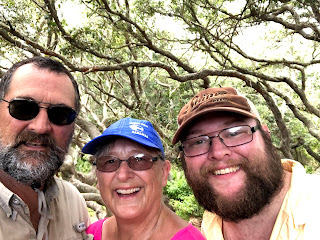 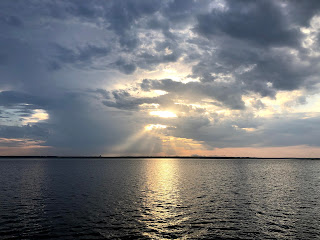 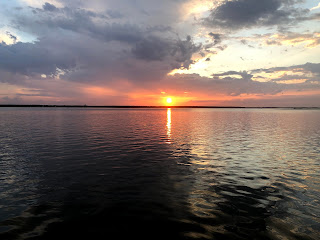 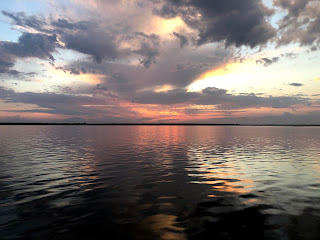 Friday, May 22- We headed back to Brunswick on the ICW today.  We were going to pass Jekyll Island at low tide and it gets very shallow in that area.  So we anchored in St Andrews Sound on the south end of Jekyll Island to wait for the tide to rise. We made it back to the marina with no troubles. 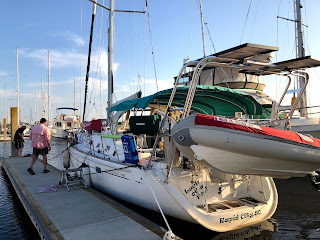 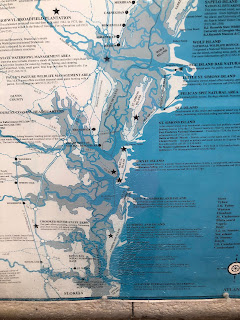 Posted by svluckofafool at 8:16 AM