We had no trouble with traffic taking back roads instead of the interstate all the way to Helen, GA.  On the back roads we saw a sign “you pick scuppernong”.  Well, I had to look that up.  Scuppernong were mescadine grapes.  I first saw them here 2 years ago.  They are white or red and larger than the usual grapes we see.
We stopped for gas at a station that had a Chester’s Chicken built onto the station.  One of their sides was breaded and fried corn on the cob.  Dave had to try it, but he didn’t think he would ever have to order it again.  The mainland of Georgia is beautiful and interesting.  We listened to Dave Ramsey on the radio for awhile.  He asked one couple what they would tell others about working down their debt.  He said “embrace the suck”.  So we decided that would be our motto for dealing with hurricanes-“embrace the suck”.

Helen, GA was such a beautiful Alpine village.  We checked into our condo and decided to check out the Festhalle.  We could walk to the hall from our condo, only about 2 blocks.  We could hear the German music when we approached the building.  They had a 4 piece German band from Florida, not Germany.  There was also an accordion player that would rotate with the band.  They served about 6 different bratwursts with sauerkraut, rotkraut and German potato salad.  We had dinner and a few German beers.  One of their domestic beers was Leinenkugels from Wisconsin.  I mentioned that I was familiar with Leinenkugals because I had family in Wisconsin.  He was impressed that I knew how to say “Wisconsin” correctly.  I guess my northern accent came through. 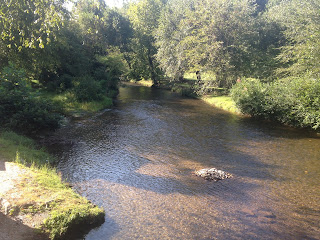 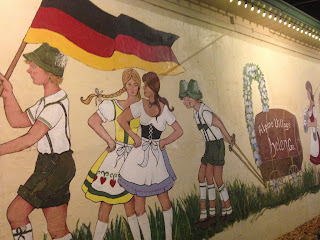 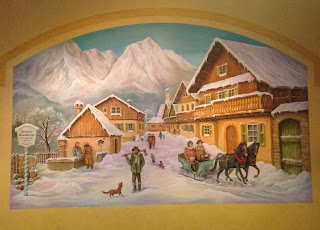 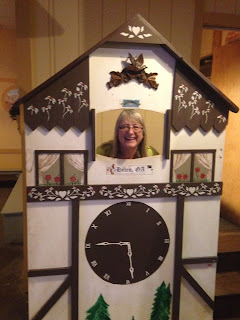 At the end of the night, the band came over to the only table remaining.  We just happen to be at that table.  Hee Hee

About 2 or 3:00 am, we had a visitor.  A drunk tried to put his key in our door.  Dave told him through the door that he was in the wrong place.  After getting they both got a little louder, he left.
Posted by svluckofafool at 11:58 AM