We were being lazy this morning because we could be.  I had just started cleaning the boat when friends of ours from South Dakota showed up at the marina.  We thought they would call first.  Scott and Marlene Dannenbring were on vacation and we planned to meet while they were here.  We gave them the tour of our "home".  Scott is a Ham radio operator.  So he used the ham radio portion of our Single Side Band radio to test it for us.  Dave had installed it, but we hadn't tried to use it yet.  Scott was able to connect with someone in Jamaica.  That was pretty cool. 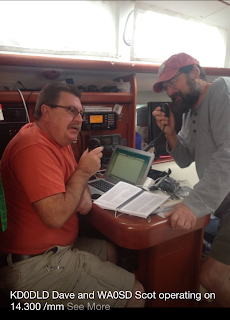 We had lunch on the boat then packed an overnight bag to spend the night at the same hotel as the Dannenbrings.  They agreed to be our chauffeur for the night.

The four of us then went to the home of Jackie and Brian Killion, also good friends from Rapid City that have moved to Cape Coral, FL.  Their two beautiful daughters were there, too, Morgan and Devyn.   Dave made his famous Low Country Boil and Jackie provided some great snacks and desserts.  We even found Alabama Conecuh sausage at the Publix grocery store. 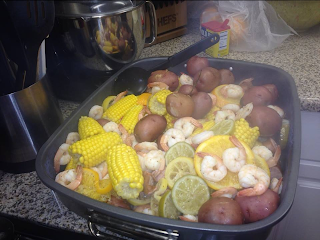 We spent the night playing games and watching fireworks in the neighborhood.  For some reason, we thought we HAD to stay up until midnight to watch the ball drop in Time Square.  We couldn't even cheat and watch it at 10:00, like we used to in MST in Rapid City.  But it was a great night with great friends with lots of laughs. 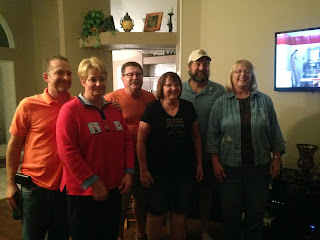 Posted by svluckofafool at 6:26 PM