Dave was able to use left over material from our stern sunscreen to make a couple bags.  One will hold the hose for our emergency bilge pump.  It is a Whale Pump that can also be used as a fire hose.  Just depends on which end you put where.  He also made one for for new collapsible fenders. 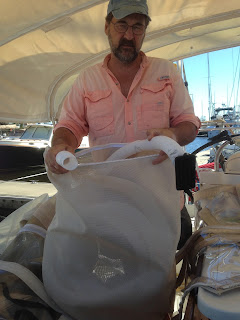 Another boater suggested a few of us go for pedicures together.  I used to get a pedicure with toenail polish whenever I was going on vacation in a tropical area.  But since I moved onto our boat, I haven’t had one.  I actually miss the pedicure treatment.  I decided to join them.  4 of us ended up going.  Afterwards, we went to a Mexican restaurant for margaritas and guacamole.  It was a fun outing and gave me a chance to get to know a few other ladies. 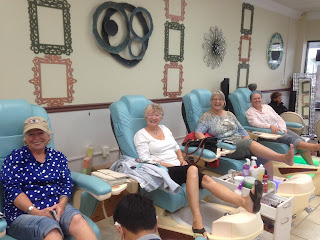 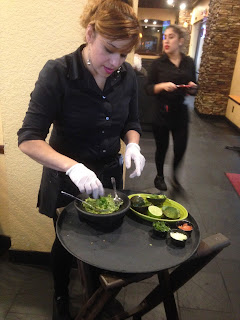 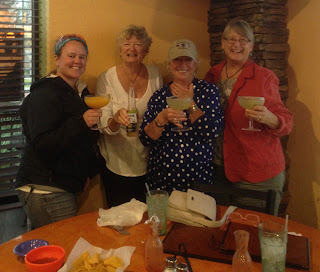 There was another boat naming ceremony at the marina.  This one was unusual because we knew the previous owners.  We met Pam and Ed here in Brunswick 2 years ago.  We even crossed paths in the Bahamas.  The new owners are really nice, too.  Their names are Richard and Tracy, the same as our sailing friends from South Dakota.  And, Richard was born in Pierre, South Dakota, 70 miles from my home town. 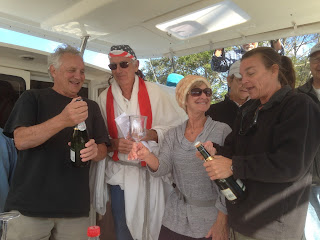 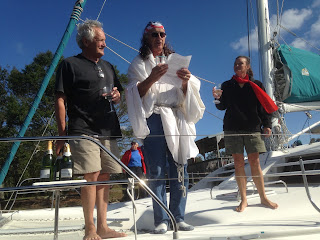 I spent about a month studying online for my Ham radio license.  There are 3 levels, technician, general, extra.  Dave achieved the third level of extra about 10 years ago.  another boater was studying in the Yacht Club, so I decided to go for it.  I only had time to study for the technician level and passed. 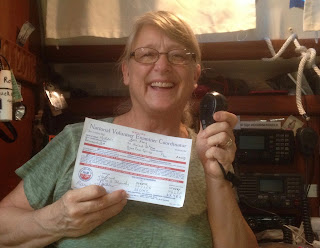 Dave finished the isinglass enclosure for the stern.  The isinglass was stored for a couple years, so it needs cleaning.  He’s getting pretty handy with that sewing machine.  It may pay for itself this year. 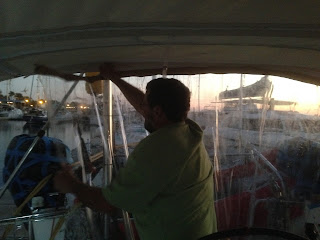 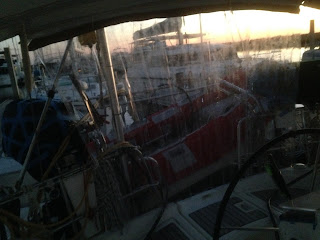 My brother Don is married to Linda.  Linda’s mother passed away in November.  She lived in Lead, SD, which was about 50 miles from where we lived in Rapid City.  We enjoyed visiting with her on many occasions.  The reason I am including this in my blog is because our son, Peter was able to sing at her funeral.  He was gifted with a beautiful voice.  So it was great that he was available for them.  He was able to spend some time with his relatives and was able to celebrate his 30th birthday with them. 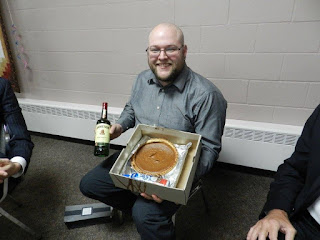 We made friends with 2 sailors from Germany.  Ralph and Monica were heading to the Bahamas for the first time.  So we spend a lot of time telling them what we knew of the area.  They will continue south into the Caribbean before sailing back to Germany.  I don’t know how the subject came up, but we ended up taking the two of them to a shooting range.  It was actually good experience for me, too. 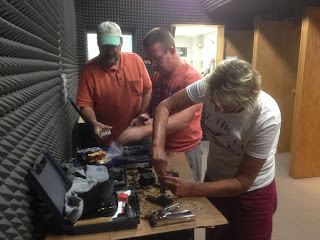 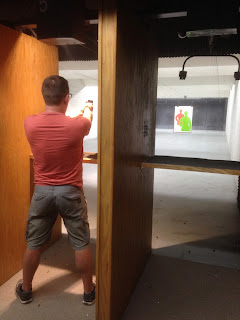 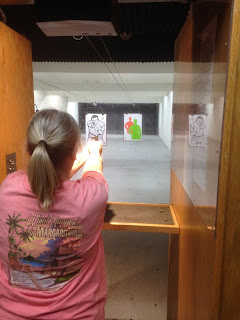 Dave helped Ralph make a “looky bucket” for the Bahamas.  We needed to replace ours, so they worked on them together.  It is a 3 gallon bucket with a plexiglass bottom.  It works great for looking under the water for your anchor or to check for coral or conch.

In November, we had 3 Information Exchanges on Fridays at the yacht club.  On November 3 we has 2 USCG auxiliary member give a presentation on using our VHF radios.  November 10 was a presentation by one of our boaters that is a nurse about our medical kits on board.  And on November 17 the man that spoke about the western Caribbean talked about cruising in Panama.  The boaters here give me suggestions and I do what I can to find speakers.
Posted by svluckofafool at 7:46 PM