We found out Tuesday night that some relatives of mine were going to be in Ft Myers Beach for a week starting Wednesday, Terry and Pam (Bowar) Brueggeman, who now live in Iowa.  Pam's mother and my mother were sisters.  We grew up about 40 miles apart and spent many holidays and family gatherings together.  Pam's brother, Larry and Cheryl Bowar, were supposed to join them, but Larry had a farming accident a couple days before the trip and hurt his leg.  We sent them plenty of pictures to show them what  they were missing :)


They had a beautiful room right on the beach.  So we spent a few evenings walking on the beach and watching the sunset.  Since we are in a bay, we don't see the sunset from our boat.

They wanted to go to a MN Twins spring training baseball game in Ft Myers.  That is something I had been wanting to do, but we would have had to take a taxi or figure out an all day bus schedule to get there.  So we traded a ride to the game for a ride on our sailboat.   In the bottom of the ninth inning, there were 2 outs and the Twins hit a home run to tie the game.  That was the end of the game.  We were surprised they didn't go another inning, but I guess there aren't any stats for spring training.

On Saturday, the Brueggemans and the Killions joined us for a beautiful day out on the water.  All seven of us were originally from South Dakota.  We just sailed back and forth in the Gulf of Mexico in front of Ft Myers Beach.  But it was so relaxing.  Everyone helped with the sails at some point.  We saw multiple dolphins and Devyn saw a sea turtle.

We planned to cook dinner on the boat.  But we went to a restaurant by dinghy for an appetizer and drink and decided to stay for dinner.  We had some wonderful meals while they were here.  Tried a couple new places and took them to our favorite place twice, they liked it so  much, Nervous Nellies.

We decided we couldn't have planned it any better.  We were sorry Larry and Cheryl couldn't make it.  Now their brother, Gary, offered to trade a helicopter ride for a boat ride.  I'm sure we can make that happen. 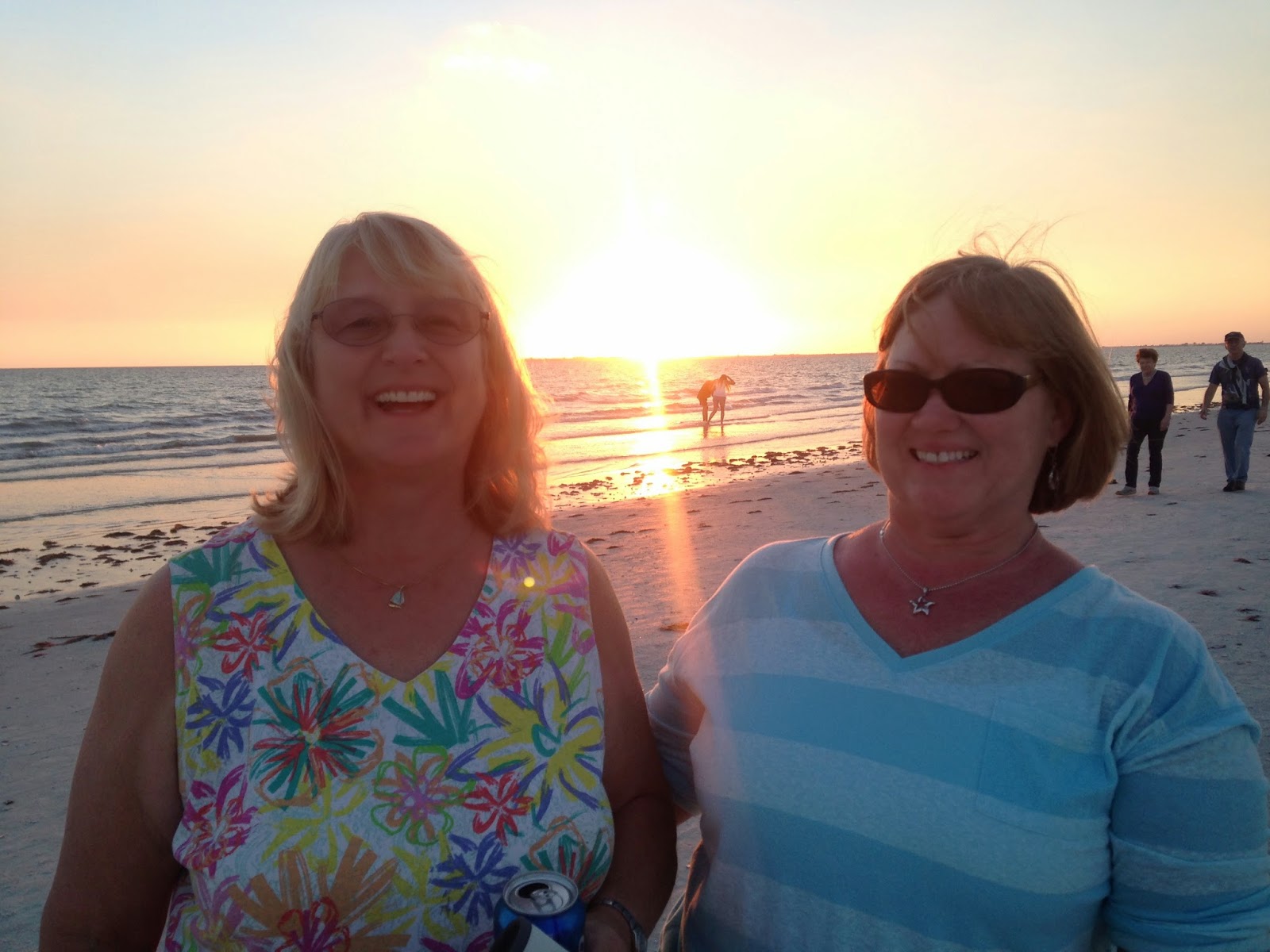 Posted by svluckofafool at 9:28 AM