Since we knew we would be in this area for a few more weeks, my sister, Beverly, decided to visit for a week.  She is now living in Oklahoma to be near her son, daughter-in-law, and their 3 girls.  We wish we had room for all of them to visit.

We decided to rent a car for the week.  That way Bev and I could be tourists, but we could also run a couple errands.  Arrangements have to be made to deal with a car when you don't have a place to park.  First of all, I took the local trolley to the car rental nearest us.  I then picked up groceries before I picked up Bev at the airport.  Now, where to park the car?  On the north side of the bridge, the parking is free, but you can't park overnight.  On the south side of the bridge the parking is $2.00 an hour, but free between 6:00pm and 9:00 am, if you can find a spot.  So every morning and night, we had to shuffle the parking spots.  A couple times, we paid for an hour for the convenience.   We spent one whole day of Bev's vacation  running errands for boat parts and to the Killion's to pick up packages.  She SAID  she enjoyed seeing the area and spending time with us.  The day Bev flew out, I went to the grocery store and bank, then the airport and returned the car.  I thought I would have to take the trolley back to the boat, but they were delivering a car and took me back, which was really nice.  I hadn't thought through to the part where I would have had to wait for a bus in the sun without a hat or sunscreen.

Thursday, we went to Sanibel Island to walk the beautiful beach known for their sea shells.  When we returned that afternoon, we waited at a bar with a dock for Dave to pick us up.  Bev said "Boy, life goes in circles.  Here we are waiting for a guy to pick us up at the bar.  And they are playing the same music, but now they are calling them  oldies."  We also had a friend from the Black Hills in town today.  Greg Gunderson, from Custer (now Spearfish Canyon) and his friend from Naples joined us for a short sail (not much wind).  It is fun to have people we know from SD see how we are actually living on the boat.

On Friday, Bev and I picked up Devyn Killion and went to a Manatee Park to kayak with the manatees.  Well, since it's warmer now, there weren't many manatees in the area.  We did see a turtle and a couple snakes.  And we had a nice time kayaking.  That morning, we went to a fish market on the water and bought fresh gulf shrimp.  Dave made a wonderful dinner for us on the boat that night.
Since it was a hassle to park, Bev and I thought we should just go on a road trip for 3 days.   I have been to Key West 5 times, but Bev had never been there.  So we decided to drive to the Keys.

The morning we planned to leave, Saturday, we wanted to help Dave move our boat to a fuel dock to refill our water tanks.  Once the water maker is finished, that won't be a concern.  Since we wanted to get an early start, Bev thought she'd catch the sunrise that morning.  Well, we woke to a dense fog.  It was actually beautiful to see the other boats and their reflections on the water.  We slowly moved our boat to the fuel dock, not far away.  As we were there, the daily ferry to Key West passed by us.  I caught a picture of it with another boat in the background.  That boat was a touring replica of one of Magellan's ships from the 16th century that circumnavigated the world.  Quite a contrast to see together. 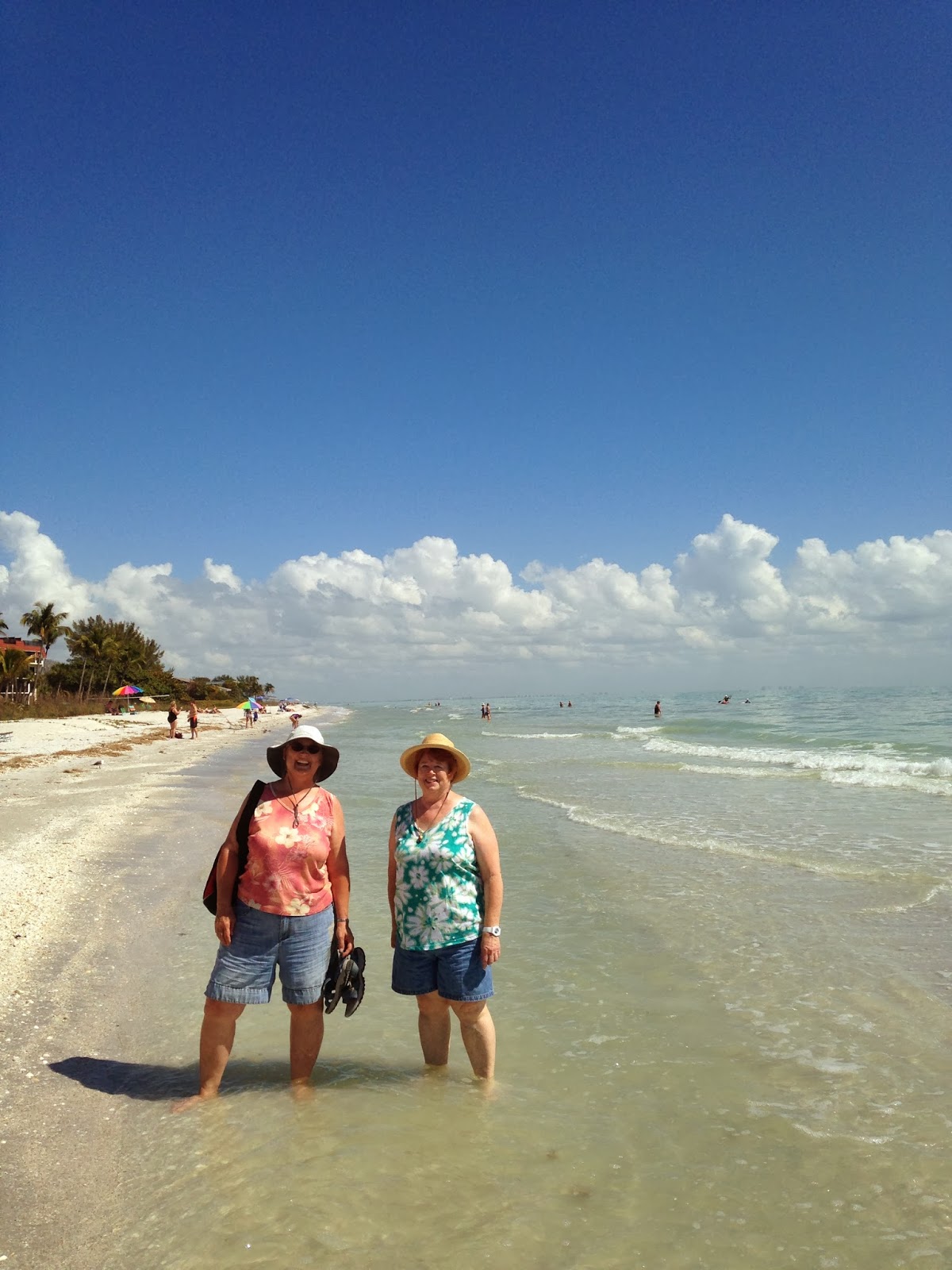 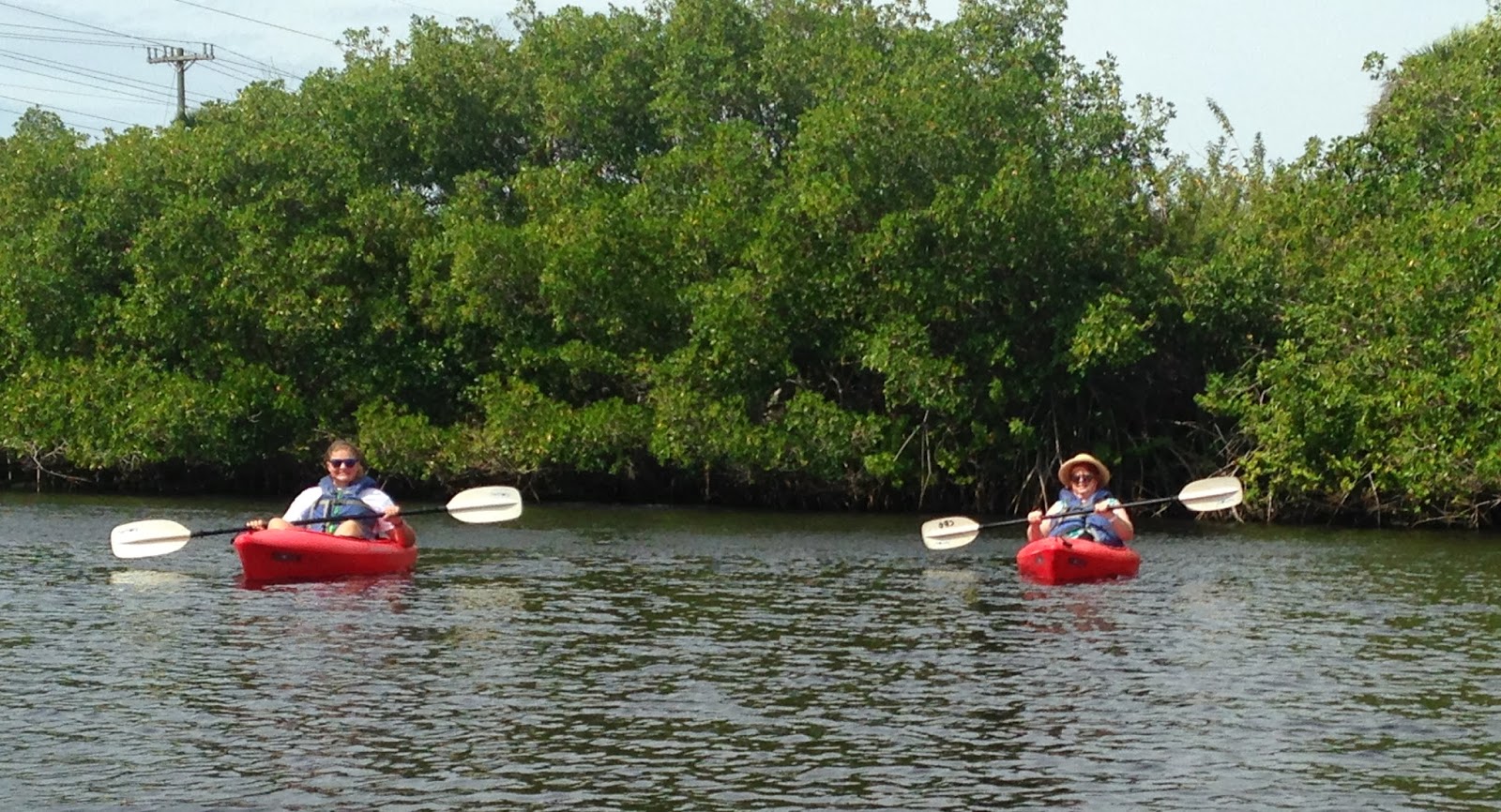 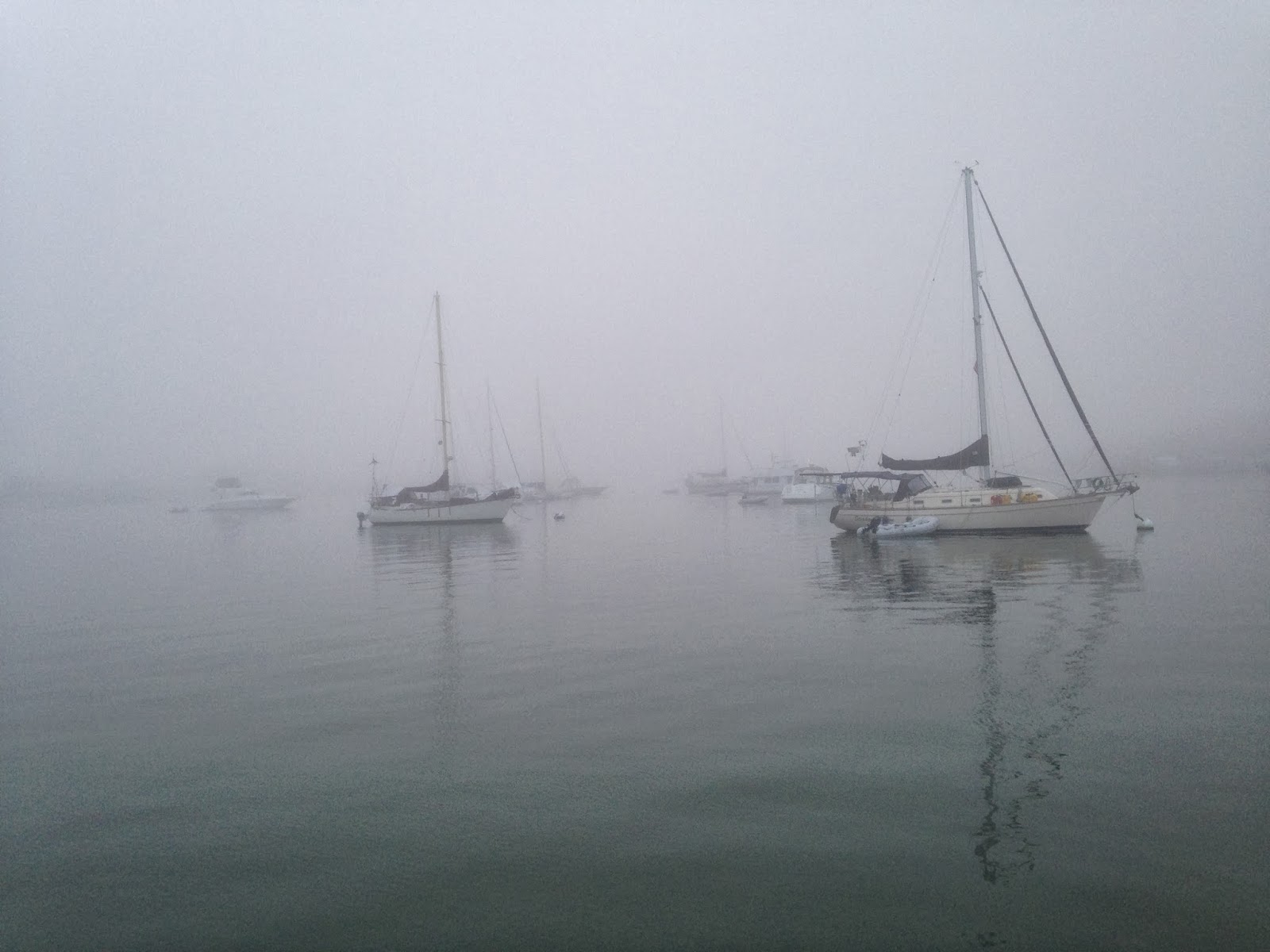 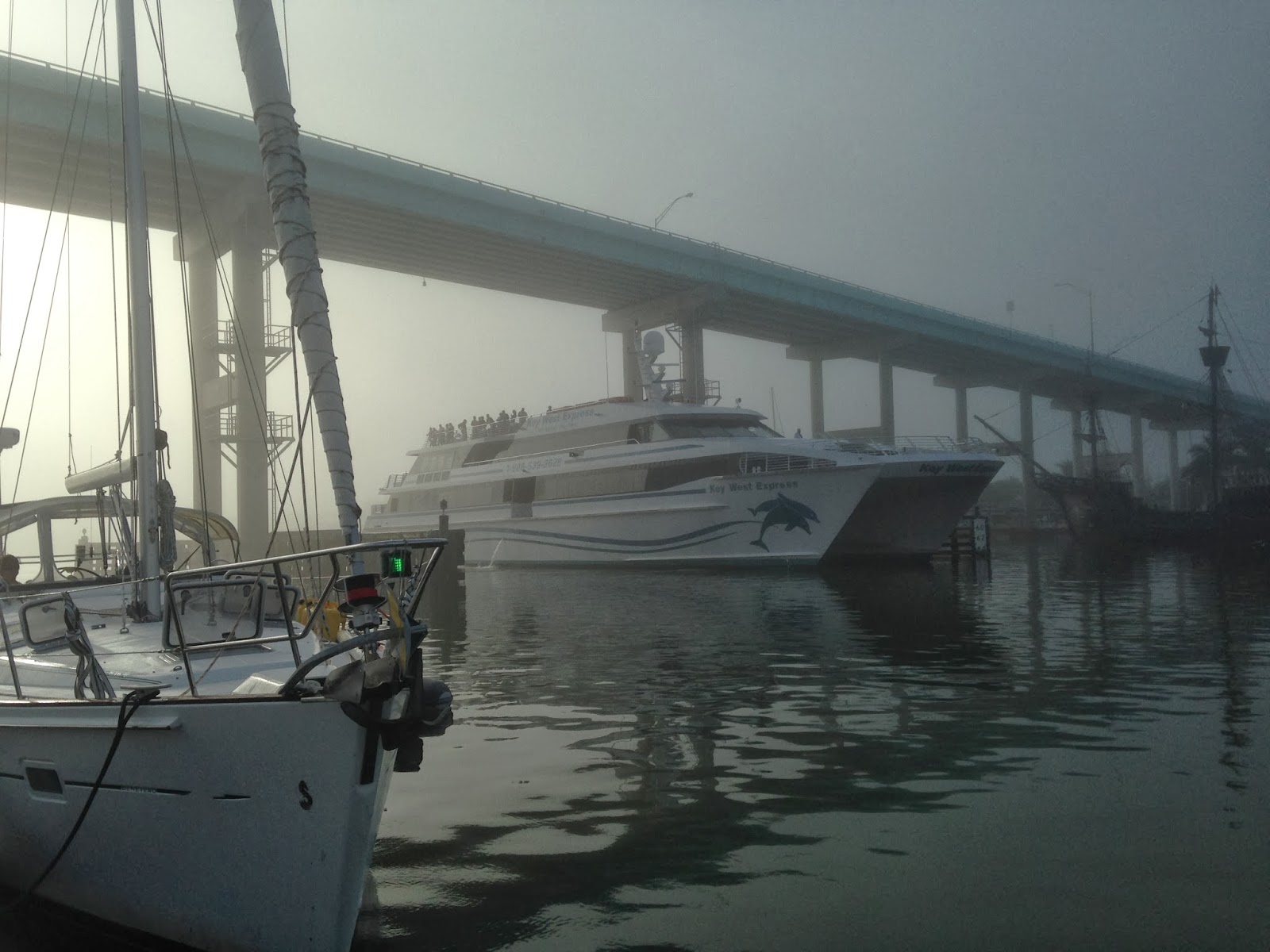 Posted by svluckofafool at 3:14 PM