Feb 26. Today we installed the remaining 3 windows on our boat (port lights).  Just as a reminder, I discovered that one of the hull windows wasn’t sealed to the boat while cleaning almost a year ago. Out of 6 windows, 4 were loose.  So we removed them and replaced one a few months ago.  After testing the strength of it’s seal, we were ready to complete the other 3.
We had another dock friend make us two new windows from left over material from his windows (because we broke 2 taking ours out).
On the outside of the windows, I previously had taped plastic over the glass so Dave could spray paint the borders. 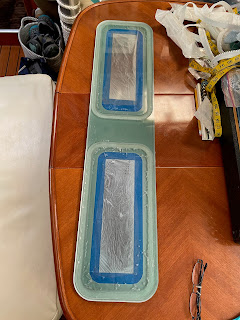 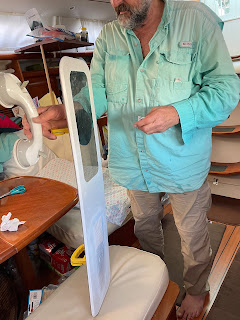 Dave researched the best way to seal the windows to the hull.  The prepping of the window and the boat surface is very technique sensitive, hence the failure rate.  The company even says this about their own product “you can’t prep it enough”.  Dave found an industrial 2 sided tape made by 3M VHB (very high bond).  It is used to install windows in sky scrapers (even on the Dubai tower).  Here are the instructions “wash surface with soap and water, wipe with alcohol, apply tape, remove with WD40”.  Sounded too simple.

After cleaning the surface, Dave placed the tape along the edge of the window.  He had to cut darts to follow the curve of each corner.  Of course he had to touch the sticky side as he handled it, just hoping that the oils from his fingers wouldn’t effect the seal. 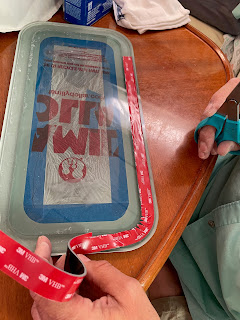 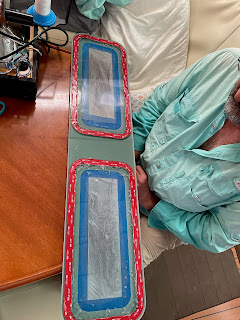 We had 2 suction cups to handle the window, one on either side.  Dave placed it from the outside and I helped center it and support it from the inside.  There were two pieces that actually had 2 windows in the frame.  That was trickier to handle. But we had a double suction bar like you would put in a shower.  It’s been helpful to hold yourself up to the boat when working on the hull from a dinghy in the water. 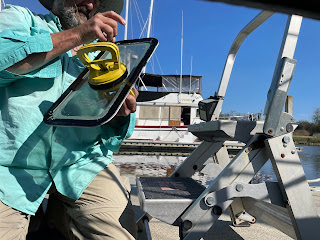 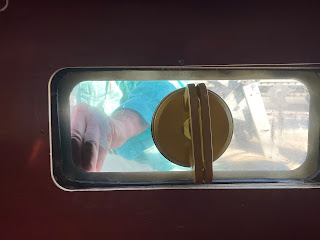 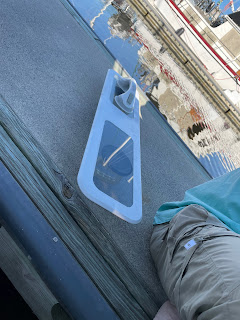 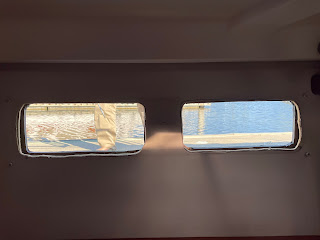 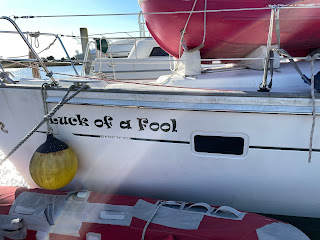 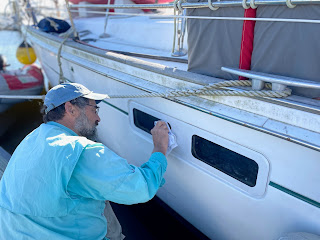 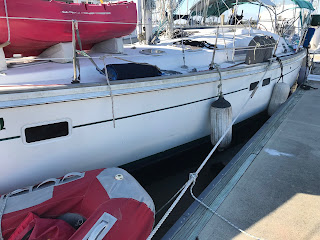 All the windows were successfully placed today.  So we made ourselves a drink and went for a dinghy ride to celebrate! 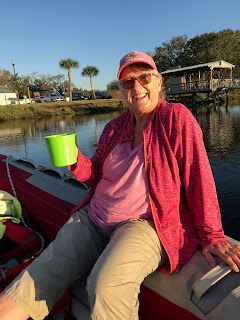 Feb 27
On Sundays, I meet friends to play dominoes at the yacht club.  Today some other friends were enjoying Bloody Mary’s and offered us one.  Nancy said “just make me one” and this is what she  given.  How fun. 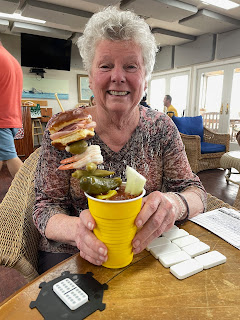 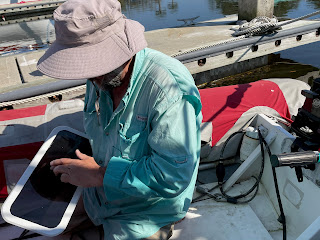 Posted by svluckofafool at 5:02 AM