October 24
We have a friend at the marina that is Chinese and loves to cook.  So she had a cooking class for me and 3 other boaters.  First we went to the grocery store together.  She showed us different spices or sauces to use.  We bought some things to prepare, but she already had some things ready at her boat.  She also gave us good tips for storing spices long term, while living on a boat.

Back at the marina, we set up a make shift kitchen at the top of her dock.  She showed us different marinades and sauces.  We had a chayote squash for the first time.  Pete had mentioned it to me before, but I had never tried it. 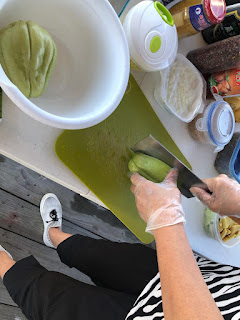 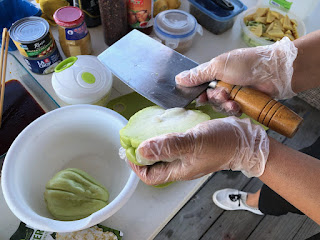 Our menu consisted of chicken thighs marinated and grilled
Fried rice using regular rice, cauliflower rice, and a plant based rice made from Konjac Flour 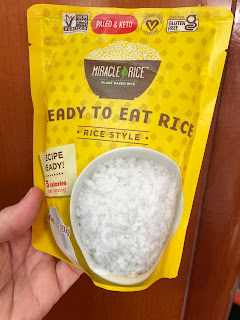 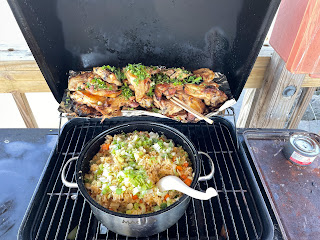 Stir fried water chestnuts, bamboo shoots, broccoli stems and mushrooms with a sauce garlic sauce.
Steamed broccoli and Steamed chayote which we put a sauce over.
One sauce had fermented tofu, beer, sesame oil, sugar and green onion
Another sauce, which she uses for anything, had olive oil, ginger, garlic, sautéd onions pepper corns and dried shrimp powder (which she made herself by cooking shrimp with shell, dehydrating and pulverizing with her coffee grinder)
Chopped cilantro and green onions for garnish 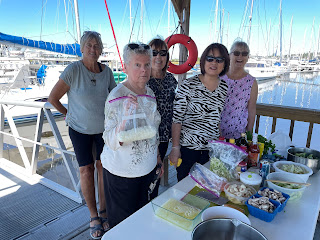 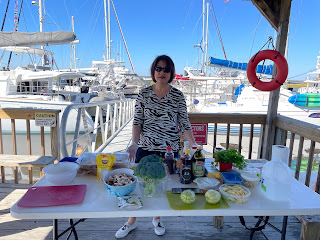 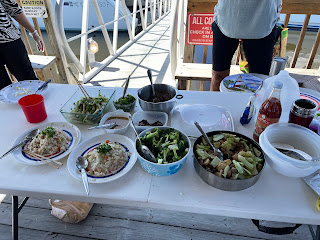 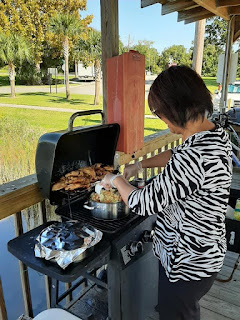 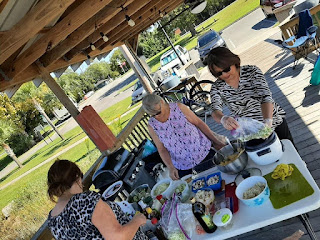 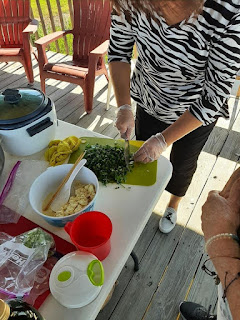 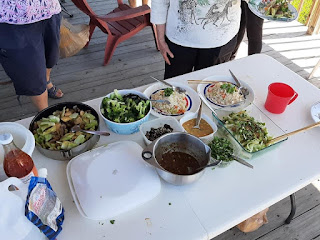 We had our husbands join us for a great meal.  All the neighbors were jealous of the smells coming from her dock. 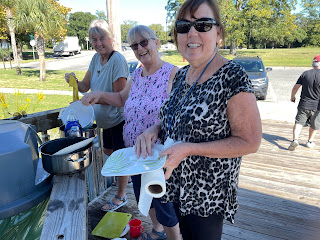 10-25
Dave continued to work on our bimini and dodger.  Today, he removed the bimini and hard dodger.  I cleaned all the residue off of the bimini bows that was left there from the tape used when patterning the sections for the bimini. 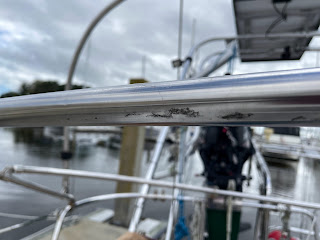 Dave cleaned all the rust from the dodger bows.  He put lube on every hinge and tough gel on every screw.  That will help resist corrosion from the salt water that will splash onto it with rough waves.  He is formulating a plan for the dodger, since this is all new and needs to be designed.

He made straps for tensioning the bimini. You want the material to be taut for water to shed.

October 24-November 2
The park about a block south of the marina was closed for 2 weeks while the dock was used for filming a Marvel movie-Black Panther 2.  And they used part of the marina’s parking lot for crew.
We didn’t see any movie stars, but it was fun to sneak peaks through the fence that they put up around the park.  The filming took place on a ship that they brought in and docked at the park.   The filming was done at night over about 5 days.  One night, we went out on our first dock facing the ship and tried to get a few photos.  It will be interesting to see the 12 minutes of film in the movie that took 2 weeks to set up and film.  A few marina residents tried to be extras in the movie, but nobody was chosen. 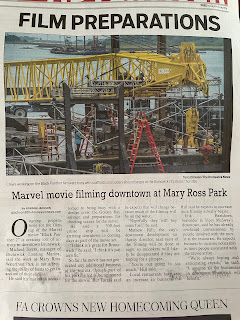 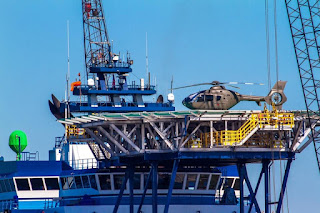 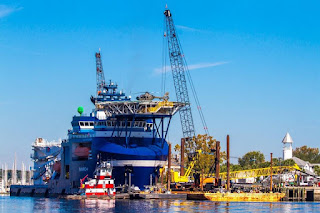 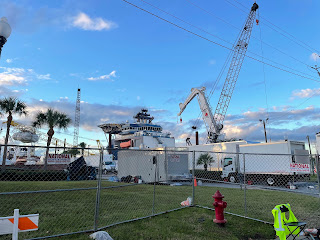 Great walk in the historic part of Brunswick and coffee. 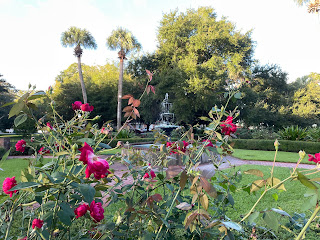 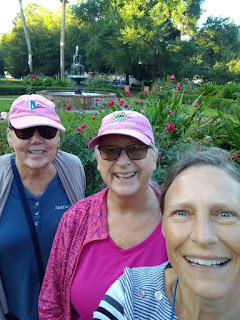 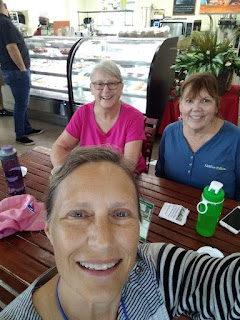 Several boats on dock 8 were leaving once hurricane season ends November 1, so they had a "dock party".  They asked Pete to sing and play guitar.  Even had another boater join him for awhile. 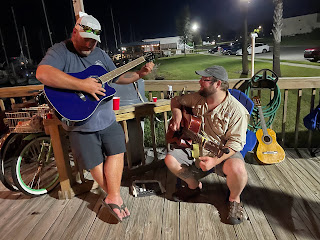 Posted by svluckofafool at 5:58 AM