This was the 66th annual Grandfather Mountain Highland games.  It claims to be the one of the most highly acclaimed and largest Highland games in the US.  To spend the day at the Highland games, you have to take a shuttle bus from the nearby towns.  We packed up our folding chairs and a backpack each and headed to Linville to catch the bus for $10 each, round trip.
We settled in to watch the Grandfather Mountain Highland Games opening ceremony.  It was fantastic with bagpipe bands and each clan walking the track in groups for the Parade of Tartans (their family colors and crest).  I tried to get pictures of each one.  There were quite a few, so I’ll include pictures of the best ones. 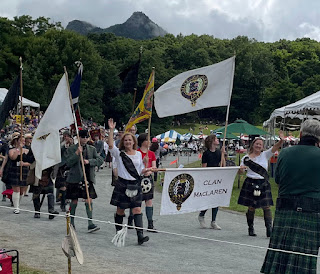 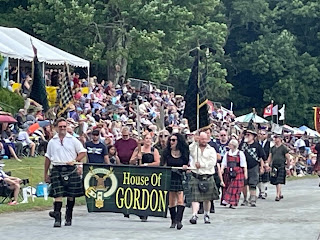 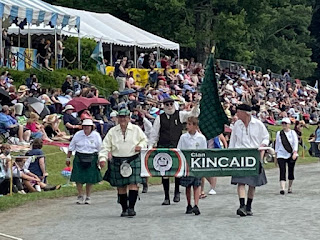 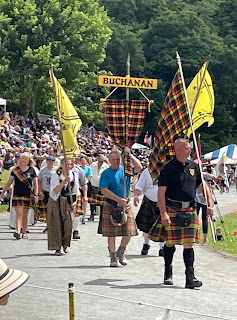 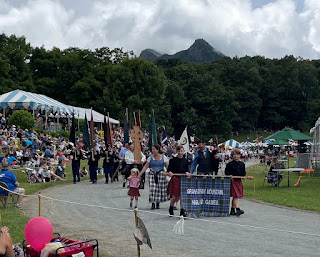 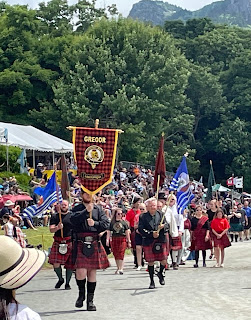 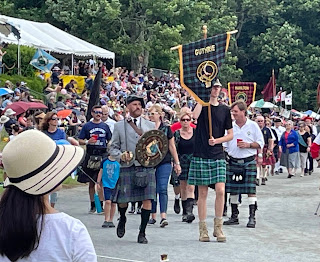 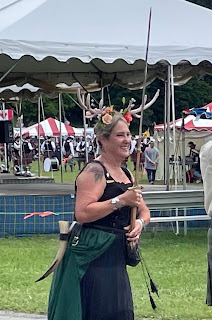 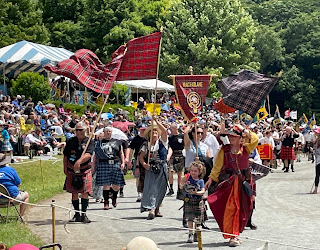 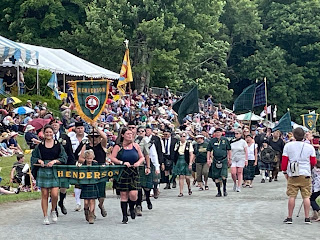 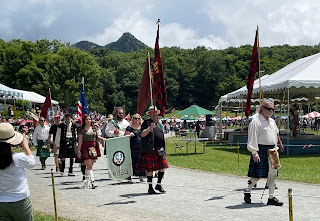 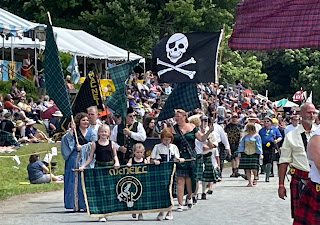 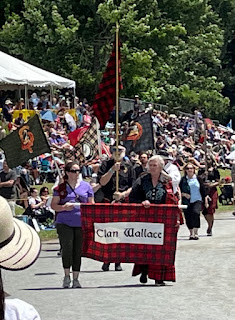 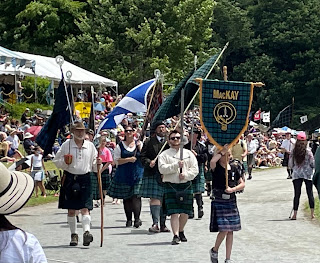 End of opening ceremony with flags of each Clan 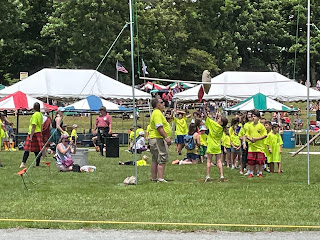 The heavy athletic events included the hammer throw, weight toss for height, the sheaf toss, the cabor toss.  They were all based on actions that were necessary for survival.
There were tents outside of the field that had different musical performances or workshops and demonstrations and competitions.

bagpipe competition on the hillside

There were tents for shopping and food trucks.  We sampled almost everything at the British food truck-fish and chips, meat pie, Bridie, and sausage roll.  And of course we had to have Irish stew before leaving.  There wasn’t any alcohol for sale, but somewhere I read that if was allowed to bring in and consume “discreetly”.

It really was a fun event.  We would consider returning.  You can get a pass for parking at the event instead of the shuttle bus.  And there was an area for camping.  Those people looked like they had a lot of fun.
We headed back to Brunswick, GA on Monday.  It was about an 8 hour drive, so made it in one day.

Posted by svluckofafool at 1:49 PM