On Sunday, May 16, Bev and I drove to Cocoa, FL to visit our cousin Doug Dwyer and his wife Elaine.   Elaine cooked an awesome dinner for us at their lovely home. 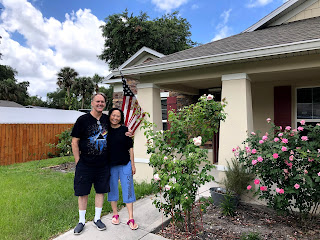 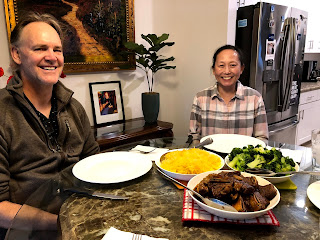 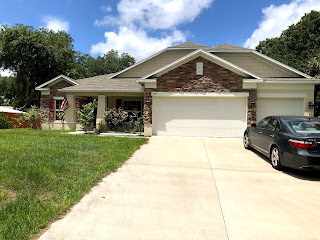 On Monday, we drove to the Indian River to watch a rocket launch at Cape Canaveral.  It was postponed until the next day. 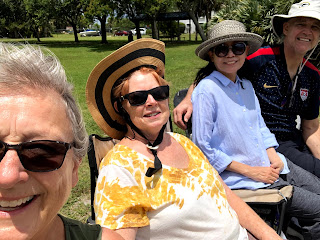 Doug had the day off, so we drove to Cocoa Beach for a walk on the beach. 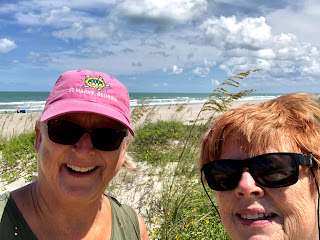 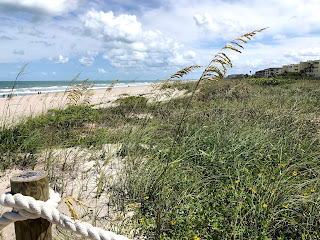 Next we stopped at a boat launch on the canal that cuts through the island just north of Cape Canaveral.  We saw several turtles in the water.  One of them was stuck under a PVC pipe near the dock.   Doug went to the shore and was able to move it enough to free the turtle.  It looked unharmed and happy to be free.  What a great feeling. 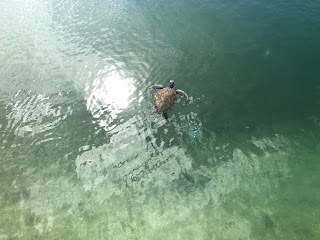 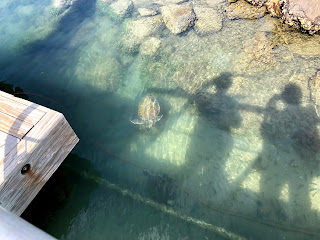 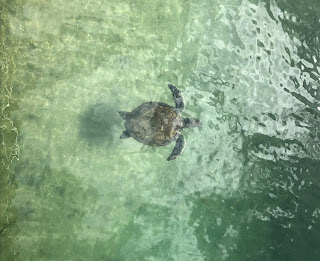 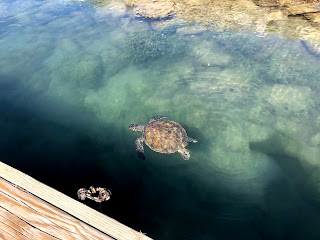 Elaine cooked us another great meal.  While she was preparing dinner, she told me all about the musical Hamilton that they had recently seen.  It was interesting having someone born in China refreshing my memory of our American history.

Before leaving on Tuesday, Elaine cooked us a huge breakfast.  She wanted us to try the Alaskan Rock Bass Doug’s daughter had sent them and a Chinese sausage.
Bev and I returned to the park on the Indian River to see the launch about 1:30pm.  It was fascinating to see, but it was kind of a let down.  It wasn’t a very big rocket, so we didn’t feel the “earth move” like I was expecting. 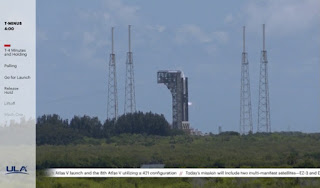 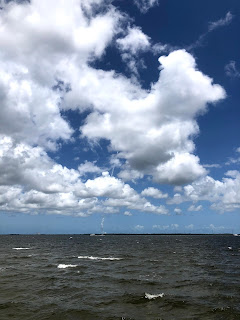 After the launch, Bev and I drove to Orlando to see old friends through Ski for Light, Brian and Kathryn Sweeney.  They came to South Dakota for many years to be guides at the annual event.  They started in the early 90’s.  Then they moved to South Dakota for several years then back to Orlando.

We enjoyed their peaceful home on a lake right in Orlando.  We had a nice dinner, then looked through old photos of Ski for Light and reminisced.   Always fun to see them.


Posted by svluckofafool at 6:57 PM