September and October were spent working on various things on the boat and happily being retired and lazy.  We dodged all the hurricanes this summer.  We didn’t even have to evacuate for any of them.

We tackled our storage unit again!!  We still have lots of Pete’s things stored there, so we decided to add shelving to the back of the unit.  We reorganized into Pete's, boat's and household.  It actually made it easier to access things.

Dave did some major cleaning of our holding tanks (for our toilets).  He used different products to loosen up any hardened debris on the walls.  That only went so far.  He actually made an extended scraper device to remove “shit” off the walls of the tank.  How devoted is that?!

A good friend of ours was married in his back yard this fall, Brian and Ana María Killion.  We were able to watch the ceremony online.  So these photos were taken off of my computer screen.  Just included this for our memory/diary. 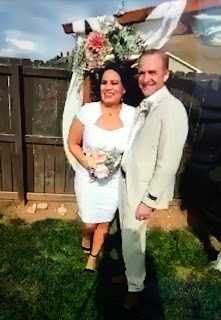 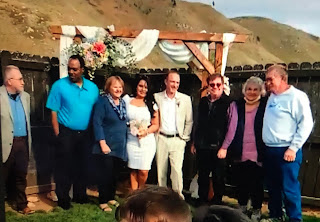 I had 3 road trips in the area with 2 other women from the marina, Jackson and Nancy.  I have known Nancy for a long time, but Jackson was at Brunswick Landing Marina for the first time with her husband.  AND they had a car!!  We spent a day in Jacksonville, Fernanadina Beach, and Jekyll Island.  Jekyll was the only place we took pictures, but it was also the prettiest place to visit.  The reason behind 2 of the trips was pre op appointments at the University of Florida hospital for the removal of my gall bladder.  It was only functioning at 2%.  So rather than waiting for a gall bladder attack while out to sea, I opted to have it removed.  All went well.  And since it wasn’t working before, I have seen little change after having it removed.

Halloween is always a good time.  The marina didn’t have an organized event.  But each dock welcomed the dozen or so kids in the marina to trick or treat at the top of each of the 15 docks.  The dock master, Chase, had recently gotten married.  So we invited him and his bride, Emily, to our dock.  After trick or treating, boaters stopped by to meet Emily and to wish them well.  Fun night! 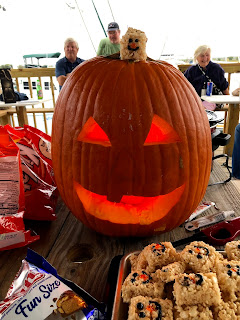 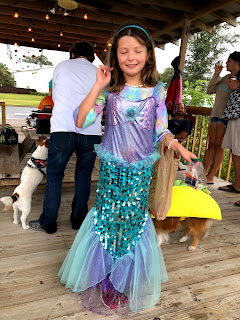 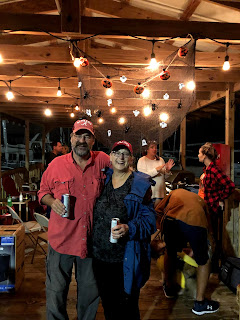 When we last sailed in May, Dave noticed we were having trouble with the furling line for the main sail.  It wasn’t moving smoothly when you brought out the sail or furled it in.  Some ropes are metric and others are US measurements, so Dave changed the rope to see if that was the issue.  It wasn’t.  Looking at it again, he noticed where he had changed a bolt and it was protruding into the track for the line.  He replaced that with a heavy duty rivet which took care of the problem. 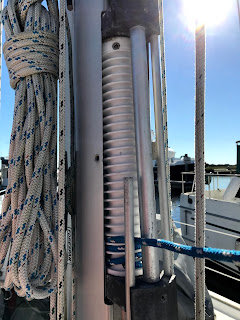 Posted by svluckofafool at 12:28 PM