August 7-9, 2019 Bicycling along the Danube at Linz, Austria

Wednesday
Travel day.  We were on the train by 9:15am.  We traveled through Switzerland, Lichtenstein, Austria, Germany and back to Austria.  We arrived in Linz by 5:15 and took a taxi to our hotel.  We had dinner and a few beers right at the hotel.

Thursday
Another beautiful breakfast spread.  I was commenting on the beautiful assortment of breads.  Dave said “isn’t it sad that in America we would all be fighting over the waffle machine?”

We walked several blocks to rent bikes for 2 days.  We decided to try the e-bikes again.  There is a bike path that follows the Danube all through Europe.  Today we chose to go east/south.  We were a little disappointed because it was more industrial than we had expected.  When we made it to Enns, we decided to take the inland roads back to our hotel.  Once we were in the city, it seemed to take forever on city streets. 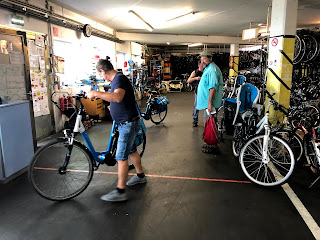 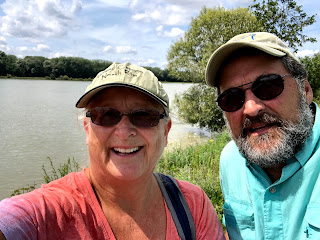 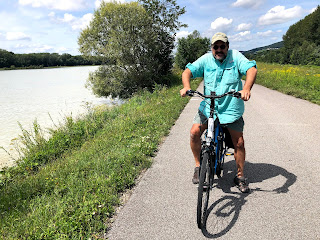 We were able to park our bikes at the hotel.  Their garage even had places to charge the batteries of the e-bikes.  We charged them during dinner, but brought the batteries up to our room overnight.  Paranoid Americans.  We walked to dinner and found an Asian buffet, Dave’s favorite.  I like to eat the local foods, but gave in this time.  It actually was very good.


Friday
After breakfast, we headed west/north on the bike trail.  The trail was much more scenic.  We stopped for a drink at a restaurant on the river.  We had Almdudler.  It was similar to ginger ale, but a little fruity.  It became our new favorite drink. 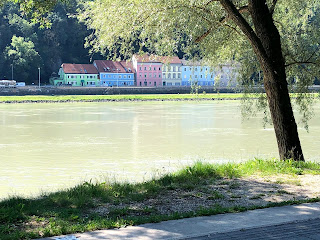 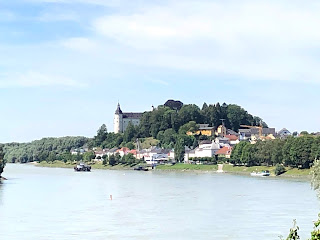 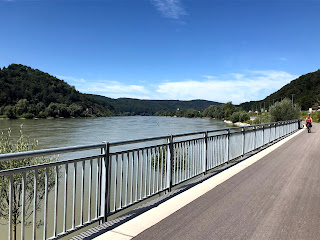 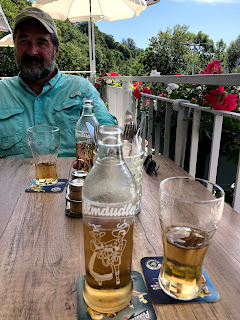 This time, we turned around on the path instead of going on a different route back.  We stopped for lunch at an Italian restaurant.  We shared mussels and “frutti di Mare” pizza with shrimp, mussels, and squid.  After the meal, they gave us a free shot of lemoncello. 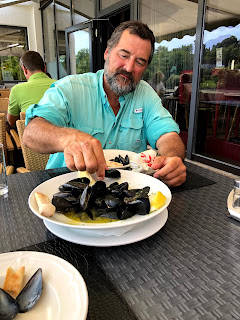 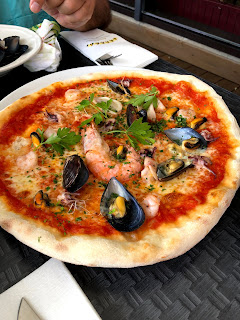 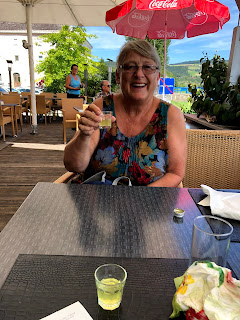 After a 4:00 beer stop, we returned the bikes by 5:00.  We spent the evening making future plans and had room service instead of going out. 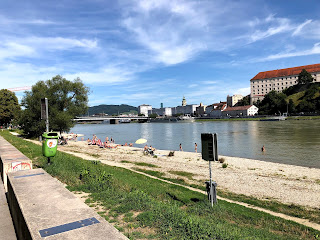 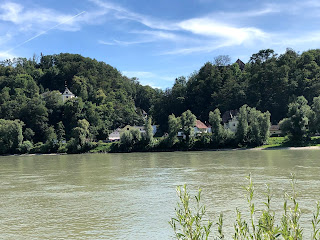 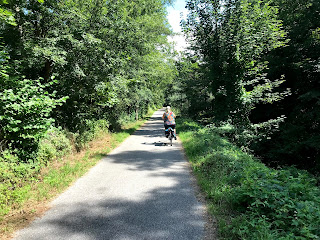