After our Scottish breakfast, we toured the Stirling Castle.  The first recording of a castle at this location was in 1110.  It sits on  Castle Hill that overlooks the River Forth.  This river divides the country north and south and is a low spot between mountain ranges.  Therefore it was an important strong hold.  The Hill is also surrounded on 3 sides by steep cliffs.

Over many centuries there have been battles and changing of hands.  The castle was made famous by the movie Braveheart.  The Wars of Scottish Independence started in 1296 and lasted 60 years.  William Wallace helped take back the castle in 1297 at the Battle of Stirling Bridge.

After Scotland gained their independence, King Robert the Bruce had the castle destroyed to prevent English reoccupation.  The current castle was built between 1490 and 1600.  Mary, Queen of Scots, was crowned here in 1543. 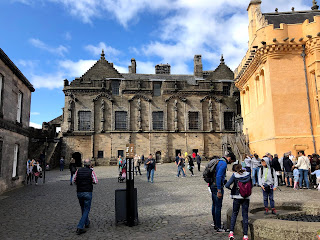 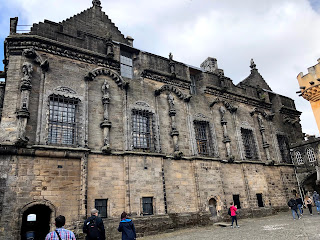 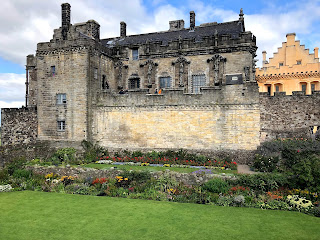 We had lunch at Monterey Jacks.  We were hesitant to eat there because it looked like a western bar.  But the food was amazing.  Dave had a lamb and chorizo burger with goat cheese.  I had a brie and bacon burger.  Yummy!! 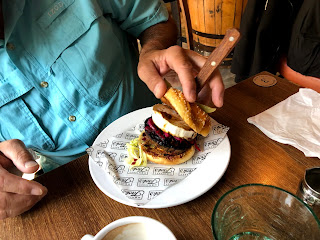 We took the local bus to Bannockburn Battlefield Memorial.  The Battle of Bannockburn in 1314 was a victory of the army of King of Scots Robert the Bruce over the army of King Edward II of England in the First War of Scottish Independence. Though it did not bring overall victory in the war, which would go on for 14 more years, it was a landmark in Scottish history.

There was a video in 3D surrounding us that reenacted the battle.  There were many exhibits to look at about their weapons and lifestyle at the time.  At the end of the tour, there was a battle reenactment.  About 20 people were divided into sides, English or Scottish.  Then we surrounded a large electronic board.  There was a “narrator/game master” that led us through the battle giving us decisions to make.  When a light went on in front of you, you had to make a battle decision with advice from your team mates.  Fun activity. 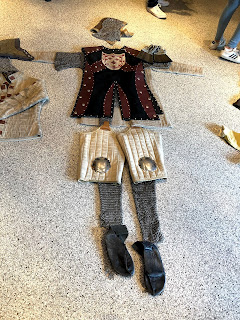 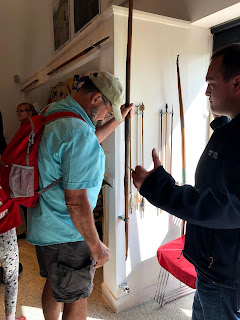 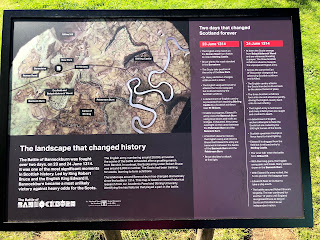 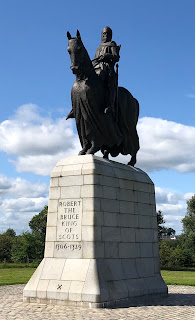 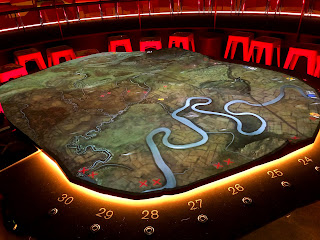 Walking back to our hotel from the bus station, we saw an Irish Pub in Scotland.  Why not?  We had dinner and a few Guinness at Molly Malone’s.  We continued back to our hotel, but came across the Curly Coo Pub.  They are known for having 100’s of scotches.  We tried a “peaty” scotch amongst others.  We met two men both named Alister and shared a few of their favorite scotches.  We had a tour of Scotland. 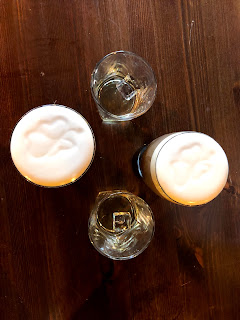 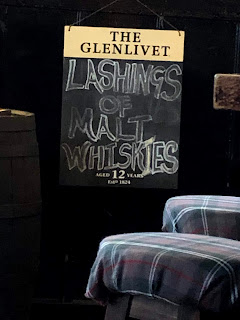 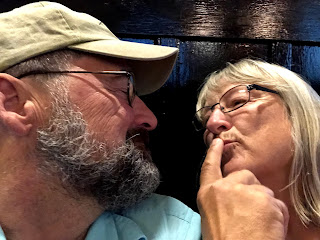 Posted by svluckofafool at 5:15 PM