The breakfast in Scotland was different than in main land Europe.  They had haggis, bangers, blood pudding, shirred eggs and porridge.  Dave tried it all, I did not.  We went back to the “mall” to find the O2 store, for sim cards.  It was nice to talk to someone in English about the phone. 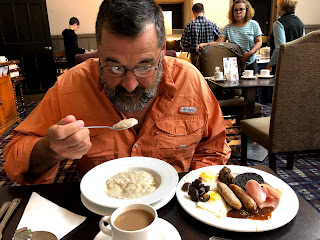 We wanted to attend Highland games in Scotland.  I researched towns we could reach by train, but couldn’t find rooms available.  So we ended up extending our stay in Stirling to attend them here on the weekend.

We walked to the Stirling Castle, but decided to tour it the next day and start earlier.  Next to the Castle was the Church of the Holy Rude.  The current church was built in 1414.  There happen to be an organ concert at 3:00, which we waited for. 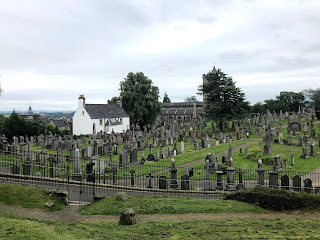 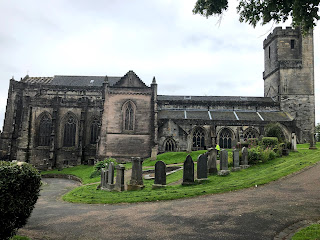 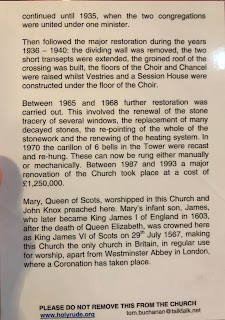 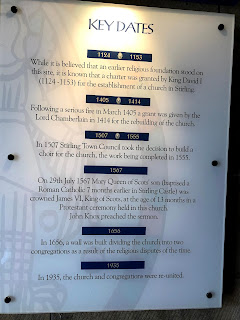 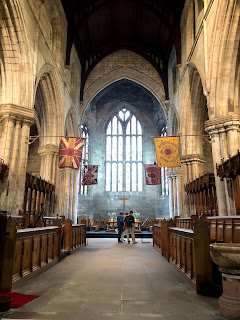 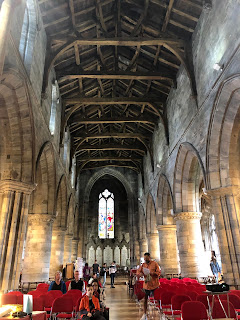 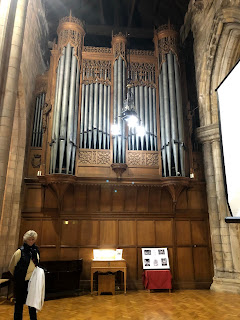 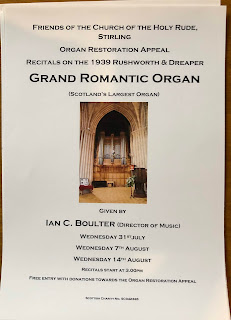 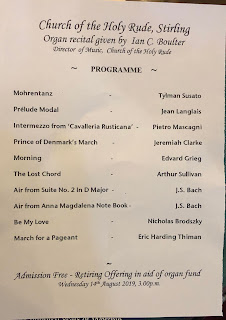 We went to the restaurant No.2 Baker Street for dinner because we heard they had live music.  We had very good fish and chips.  The band was playing 70’s rock music.  They were good, but we were hoping for traditional music.  We walked to the Settle Inn.  They had a session playing, several people sitting around with instruments taking turns leading songs, and everyone joining in.  BUT the place was very small and packed.  The front room looked like an  old pub.  The back room with the music looked more like a cave.  We decided we will have to come back to Scotland just to get here early next time. 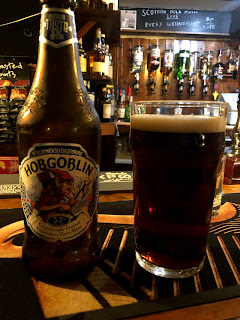 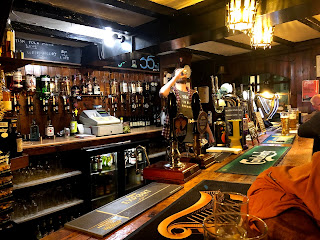 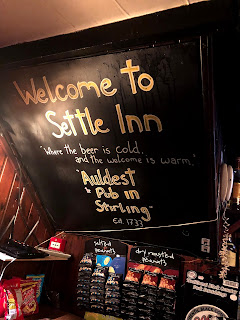 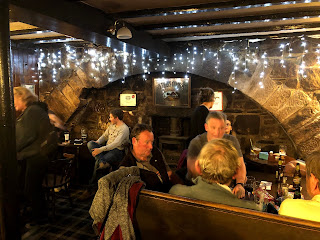 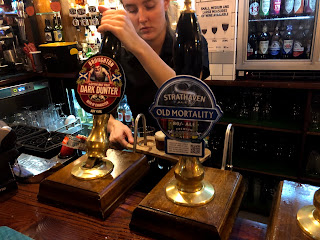 Posted by svluckofafool at 2:59 PM