We spent the day in Cape Cod.  We took the dinghy in and checked out the dock for getting fuel.  There were lots of people lined up to get on ferries.  We checked out the memorial to the Pilgrims that landed here in 1620.  We had lunch at the Squealing Pig.  I had a lobster BLT and Dave had a lamb burger.  They also had a special starting at 2:00 of $1 oysters.  So we had a dozen for dessert. 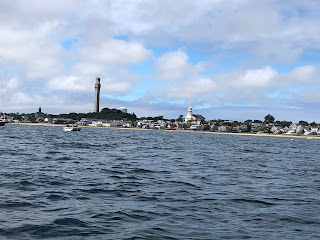 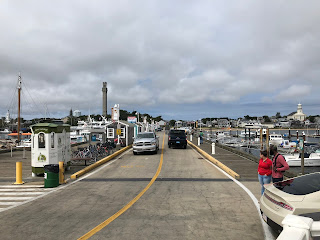 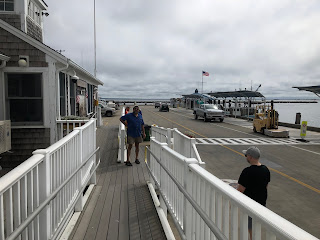 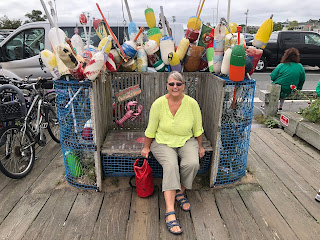 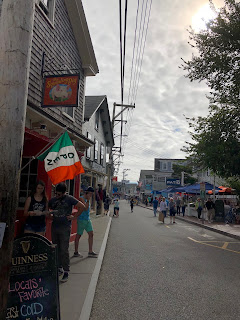 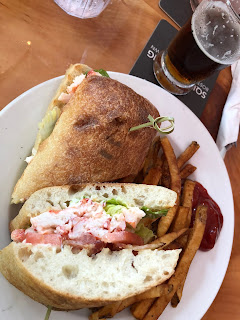 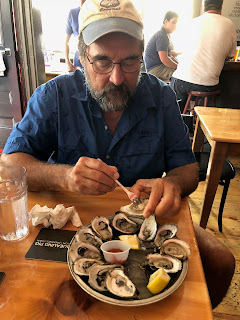 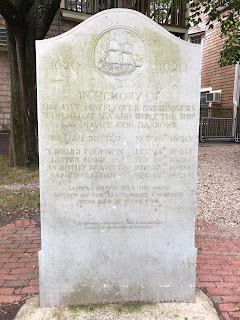 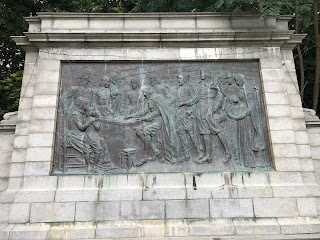 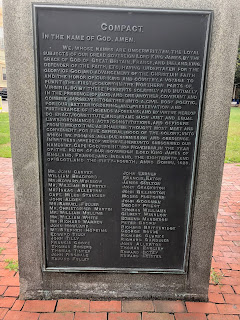 After we ate, Dave headed back to the boat to get our fuel jerry cans and refill at the dock.  I had a chance to do a little shopping, mostly looking.  While Dave was at the boat, he noticed a boat anchored near us with kids.  He went over to say hi and took pirate scarves for the 4 kids.  Then he tells them pirate jokes.  They just left Maine and are heading to the Caribbean with the 4 kids and a dog.  Wow!

I actually found a pair of pants for me and raincoats for both of us.  I made a stop at the liquor store before meeting Dave at the dock.  I found a local beer made on Cape Cod from the Cape Cod Brewing company called Red Right Return.  It was a great red beer.  If you’re not a sailor, that is the saying to remember the channel markers.  They are red and green.  If you are returning to port, keep the red to your right. 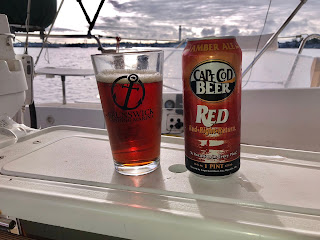 So many people tell you that you have to go to Provincetown.  It was ok.  I guess more touristy than we like.  But this time of year wasn’t bad.  It was cool just to be here after looking at Cape Cod on a map all your life. 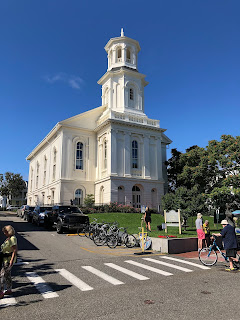 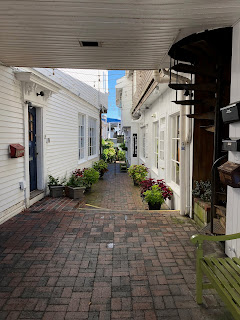 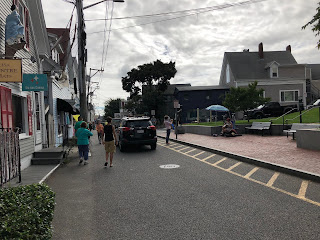 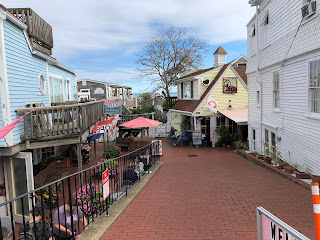 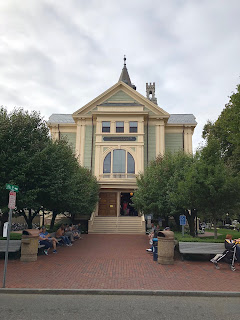 Posted by svluckofafool at 2:51 PM