5-14 We decided to buy a new Mantus anchor this year. This will be better for anchoring in grass or hard sand.  While mounting the new anchor, Dave discovered the bow roller had stopped spinning and had worn thin.  So Dave ordered a new one, couldn’t get the exact one, and replaced it. 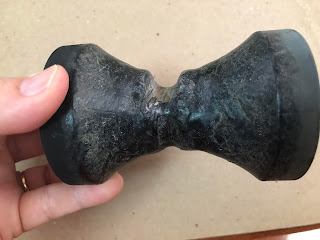 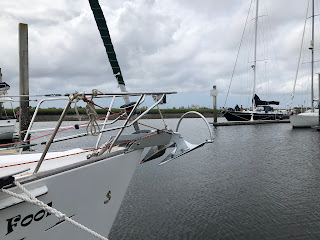 5-14  Dave waited for me to return to put on the finishing touches of replacing isinglass and edging material for our dodger.  He wanted another set of eyes and hands to make sure everything was going together correctly.  June 4 photo 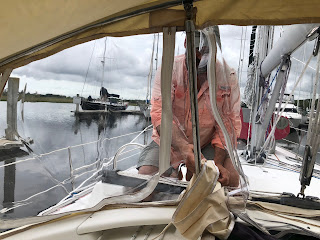 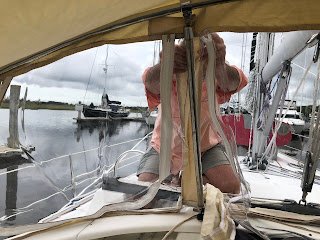 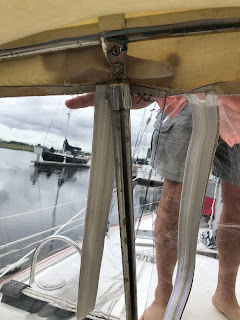 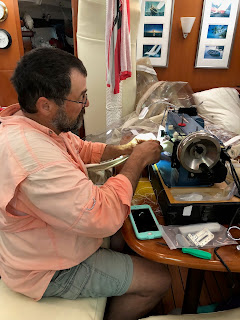 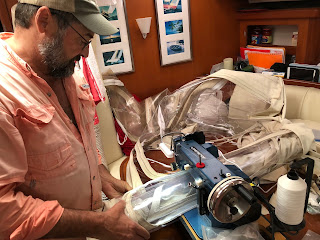 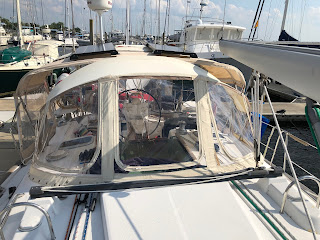 5-23 Dave put our outboard motors back in the water to test them before leaving.  We have had a 15hp Mercury for 5 years.  And we bought a used 3.5hp Mercury with our used Portland Pudgy dinghy.  Neither one was running smoothly, so after a few cleaning maneuvers, Dave bought carburetor kits for each of them.  Mercury no longer makes carburetors for our 15hp or the kit.  So he had to use a cross reference to buy a Tohatsu carburetor kit.  After a few days of rebuilding carburetors, he came to the conclusion that the 3.5 was beyond repair.  But the 15 hp ran like new!!  He felt like the “Carburetor King” for a few days. 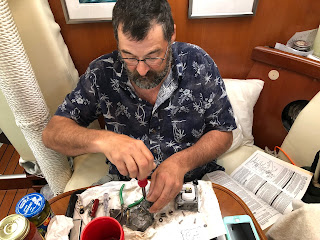 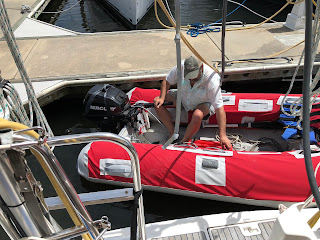 5-24  I spent several days cleaning the boat.  When you live in humid areas, you are always fighting mildew.  Dave came up with a wand for reaching areas that were hard to get a hand into.  It was a cleaning eraser pad on the end of a pvc pipe.  I also used a cleaning cloth on one of our chip clips.  Almost every surface of the interior of the boat was scrubbed or wiped down. 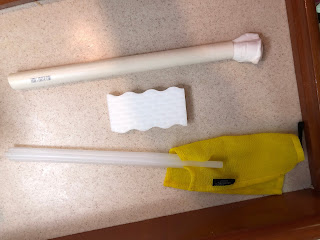 5-26  We put a call out to anyone from the marina interested in going to the Woodbine Opry for a fun night of dancing.  We ended up with 9 people, 4 couples and a young woman that was crew on a sailboat.  We enjoyed the dancing and won 3 of the baked goods.  My new knees are working pretty good. 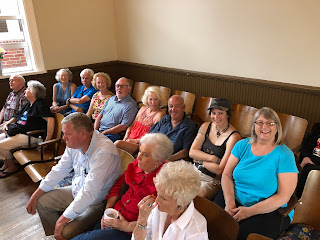 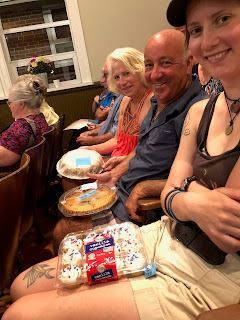 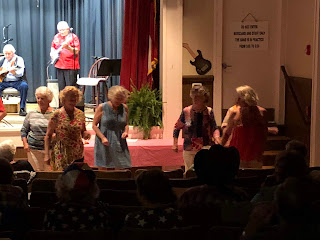 5-28 I was checking out a bag of bags that were stored on the boat.  The printing on 2 sail bags was coming off and making a powdery mess.  I spent some time removing the rest of the printing before storing them again. 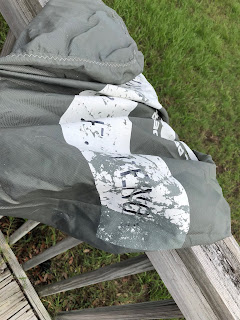 The marina provided a Memorial day party.  They supplied the barbecued pork and buns and the rest of us provided potluck.  They also had a band with dancing.  Everything was moved inside because of the weather.  I thought it was smart because of the humidity and bugs. 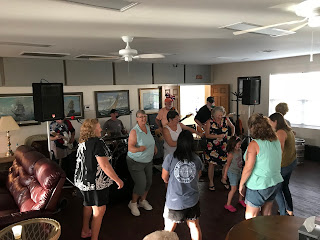 5-30 Dave was doing his routing testing of equipment before leaving.  With the new anchor, he wanted to test the windlass which raises and lowers the anchor.  Well, it wouldn’t work.  He  spent 2 days working on it, getting advice, and trying different options.  By Friday, he made the decision to order a new windlass.  He ended up ordering it through West Marine.  They are made in England, and West Marine had the only in this country.  It would take 3-5 days to get here from Connecticut. That delayed our June 1 departure date. He spent the next few days removing the old one and preparing the area to add the new one when it arrived.   Dave added a back up plate out of starboard to beef it up.  When it arrived, it dropped right in.

In the meantime, Dave dove the hull to make sure the prop and bottom of the boat were clean.  Someone had recently seen an alligator in the marina, so that was on the back of his mind the whole time.  He was sure he saw the tail swish by him, but realized it was a cormorant swimming under water after it surfaced near him.  Wouldn’t be the first time he peed in his wet suite. 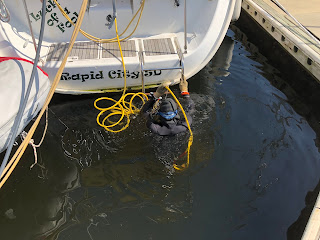 Our Portland Pudgy needed to be repaired in a couple spots.  Dave was able to use a propane torch for the repairs, but thinks he would use a heat gun in the future.  He heated the plastic to be repaired, added additional plastic and a metal mesh for strength and sealed it all. 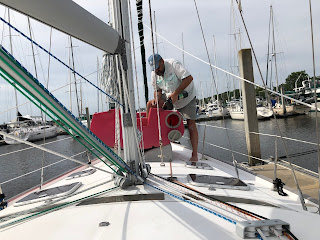 We then took the Pudgy out for a sail.  We bought the basic boat used, but we ordered the sail kit from the company in Portland, Maine.  We also bought the life boat canopy which will enable this to be our life boat when we are offshore.  BUT, the most fun will be sailing the boat when at anchor.  We miss sailing for fun.  This made it all worth while.