Brunswick, GA has an annual “Blessing of the Fleet” in May, but we have never been here for it.  This is a big fishing community with a history of building ships here in the past.  One of the priests from St Francis Xavier Catholic church and the Knights of Columbus were positioned on a boat in the harbor.  As each boat passed by, the boat name and captain were announced, then they were blessed by the priest with holy water.  Many were shrimp boats with their rigging decorated.  It was a fun event to witness. 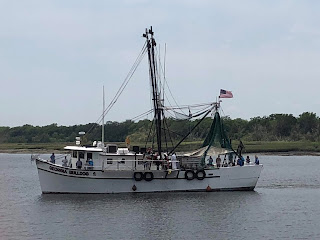 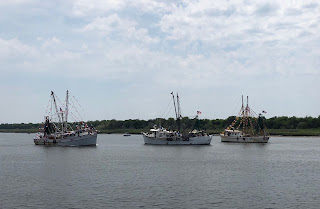 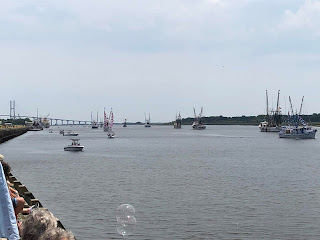 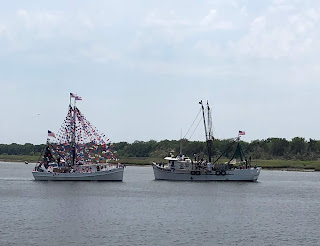 That evening, Dave and I went to Woodbine, GA for a BBQ rib dinner at Captain Stan’s.  Then we went to the Woodbine Orpy again.  I hadn’t been there since 2014.  It is truly a community gathering, not a tourist attraction.  Several retired musicians play old country western music in a theater setting.  Everyone dances in front of the stage.  At intermission, there is a 50/50 drawing for cash and a raffle for baked goods.  Just good clean fun. 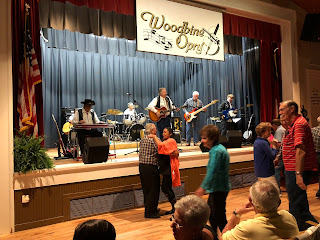 5-13 Today is the feast of Our Lady of Fatima celebrating the apparition of the Virgin Mother Mary to 3 children in Fatima, Portugal in 1917.  The Catholic church in Brunswick was started by Portuguese fishermen 150 years ago.  So they always sing a couple songs in Portuguese and carry a statue around the park adjacent to the church.  It was a beautiful ceremony 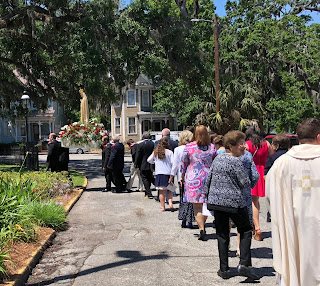 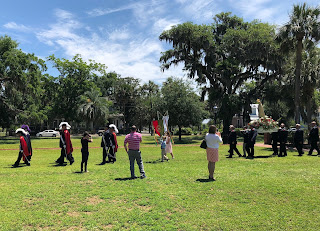 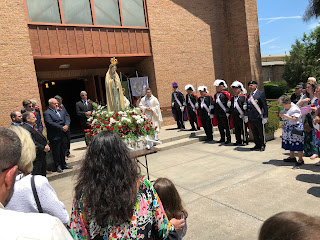 Since it was Mother’s day, we had lunch at Thai Basil restaurant downtown Brunswick.  Then we walked around downtown enjoying the parks.  The city planned parks, similar to the way Savannah laid out the city plan with parks. 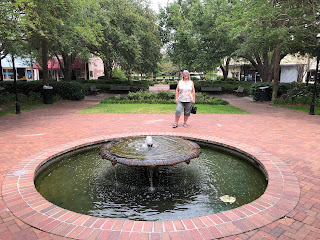 Posted by svluckofafool at 3:00 PM