On Saturdays, there is usually a jam session at the yacht club.  On Saturday, December 29, several of us sang Christmas carols.  One person played guitar.  I was amazed at the apps on computers for the cords.  If you want to change the key, you just use and arrow button up or down and it changes the cords for you. 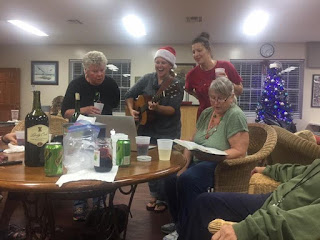 One other boater and I have been singing with the catholic church choir.  We sang at the 11:00 am mass on Christmas Eve Sunday.  Then we sang at the midnight mass for Christmas and had to be there about 11:00 pm.  They only have about 5 other members, so they really appreciated our help.  I really enjoy singing with them. 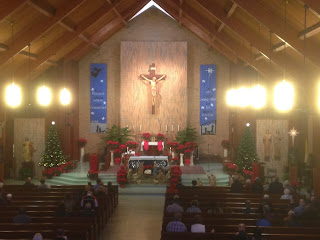 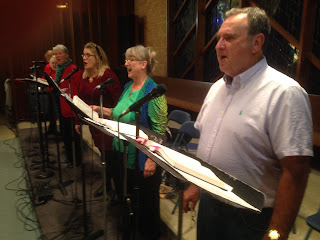 On Christmas Day, the marina had a potluck dinner.  They provided ham and drinks.  Our potlucks are always so yummy.  I made green beans with blue cheese and almonds.  There were about 60 people there.  I guess there were about 220 at the Thanksgiving dinner.  We also spent the afternoon at the yacht club playing games.  Boaters make good family substitutes.  I made wassail to share with everyone.  I started it in the afternoon, and it gave the whole place a great smell.  2 parts apple cider to 1 part cranberry juice, add cinnamon sticks and oranges cut in half and fill the open side with whole cloves.  Then you can add rum or brandy if you wish.  Everyone loved it. 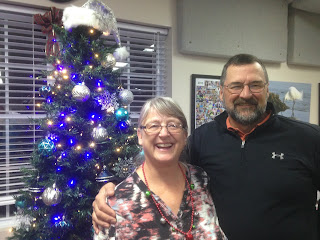 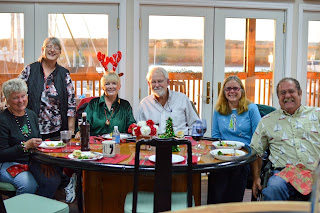 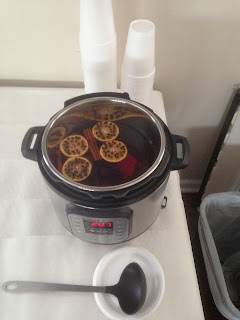 We have been considering getting rid of our Next Gen generator.  We have had so many problems with it.  Dave had to climb into the starboard lazarette to work on it.  We have had a Honda 2000 portable generator for 2 years and have used it a lot.  We discovered that another boater needed the diesel engine part of the generator.  We decided to give ours to him if he helped get it out of the boat.  Fred and Patty have a catamaran.  And Fred is a paraplegic.  He is pretty handy with getting in and out of his wheelchair and on and off of boats.  We are so excited about the additional space we will have for storage. 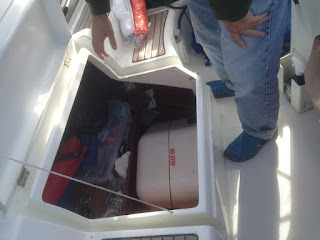 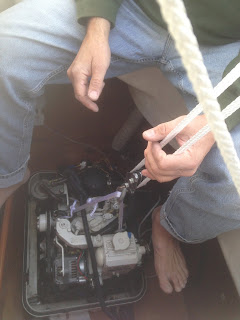 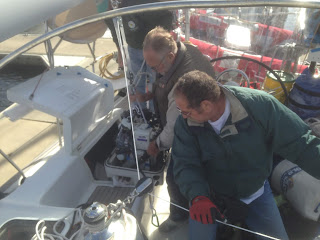 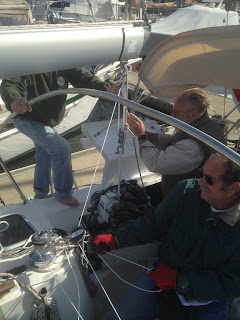 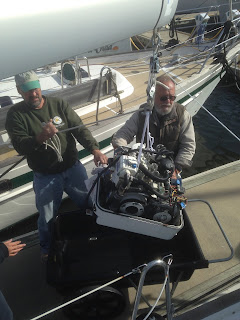 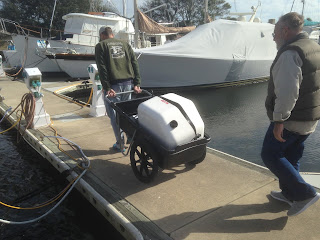 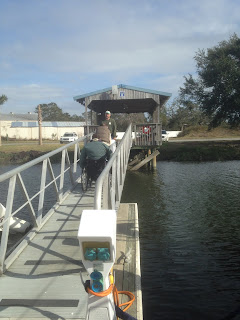 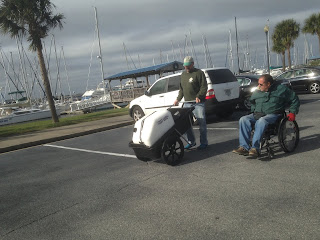 The marina has a potluck dinner on the last Sunday of each month.  Well this year, it coincided with New Year’s Eve.  Once again we had an awesome potluck.  I brought a cheesy rice and vegetable hot dish.  The marina provided champagne.  We ended up staying until after midnight, which was NOT the plan.  We enjoyed visiting with other cruisers.  Some boaters brought their laptop and portable speakers so we could have music to dance to.  We didn’t dance very much because it is really hard on my knees.  But in 6 months from now, I will be dancing again.

Dave sewed several things over the past few months: shade screen for the stern of our cockpit, a cover for our Honda generator with doors for the controls and vent, gas can cover, and for our new collapsible fenders. 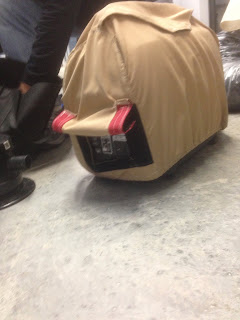 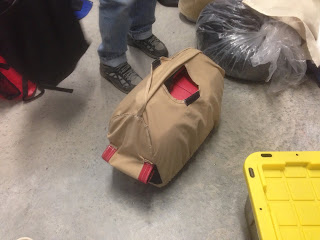 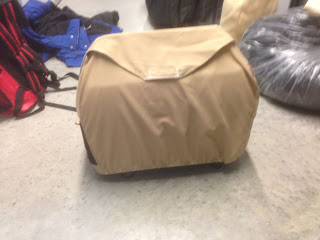 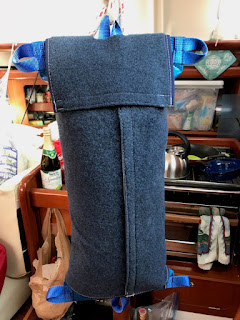 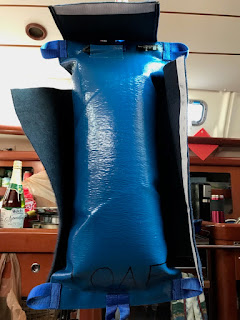 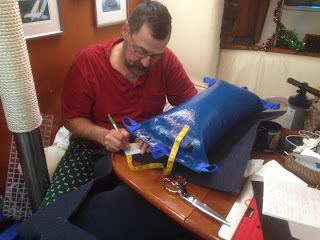 Posted by svluckofafool at 4:25 PM