My therapy was officially over 6 weeks after surgery, April 17.  On April 12, at my Dr follow up, I was given the OK to leave Aberdeen.  My friend, Nancy Sundstrom was driving to Fayetteville, AR to see her daughter who was expecting her second baby.  That was only 4 hours from my sister, Beverly, in Harrah, OK.  I decided to ride with Nancy and spend a couple weeks with Beverly before returning to the boat.  Beverly was diagnosed with breast cancer late December.  She had planned to come to SD to help take care of me.  But she was undergoing radiation treatment and couldn’t leave OK.  So it worked out great to be able to visit her.

Nancy and I had a fun road trip south.  She can make the entire trip in one day, but we took 2.  First of all, we had to wait for the interstate to open before we could leave.  There had been snow and ice near Sioux Falls, SD the day before.  Plus, I needed to stop every 2-3 hours to move my legs.  We went out for BBQ in Fayetteville.  Her daughter gave me a tour of the city, especially the University of Arkansas campus.  I have heard of the Razorbacks so often playing football against Alabama.  So I really enjoyed seeing their beautiful campus with rolling hills and many old buildings.  And of course the Razorback Hog emblem everywhere. 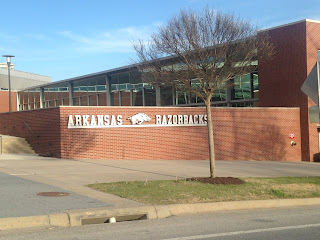 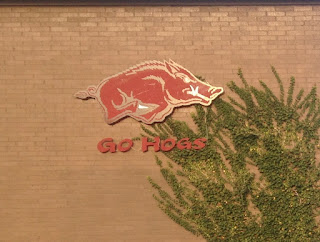 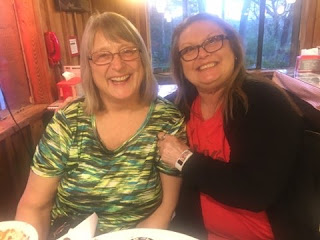 We planned to meet Beverly in Owasso, OK at the home of our cousins, Gary and Lindy Dwyer.  We had to plan it around Bev’s radiation treatment that was everyday at 11:00.  Nancy’s daughter was starting to have labor contractions, so Lindy offered to meet me about 45 minutes from Fayetteville.  It was about 90 minutes one way for Lindy.  Beverly arrived in Owasso about the same time we did.  When Gary was home from work, the 4 of us and their son, Vance, went to the Margaritaville Cafe in Tulsa, OK.  I always think it’s fun to visit them, and Gary and Lindy said they had always wanted to go there.  Food was great, but the music was a little loud.  Guess we’re getting older.  The table we sat at was in a pontoon boat. 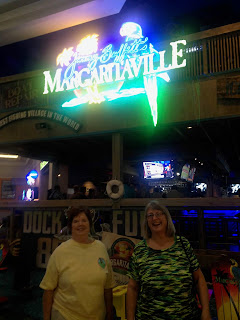 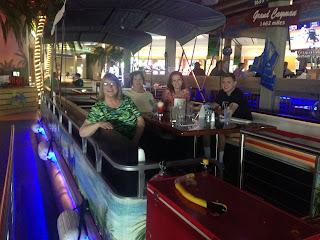 We spent the night with the Dwyers then took off for OKC in time for Bev’s therapy the next day.  Always fun to see them.

Bev’s son lives near her in McLoud, OK.  I enjoyed the time I was able to spend with Kevin, Melanie, Maci, MaKenna, and Mya.  We went to a German restaurant together, had a couple of great meals at their house, and attended a high school play where Maci was a student director. 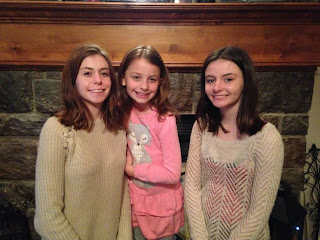 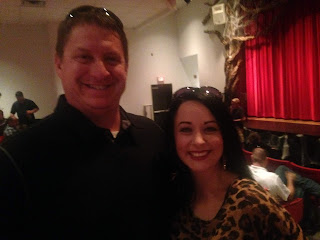 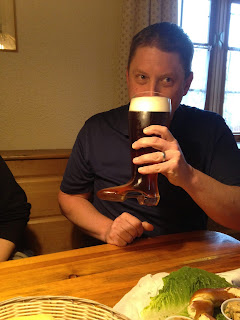 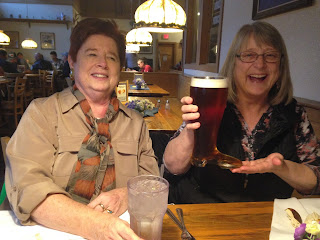 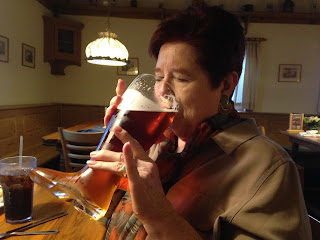 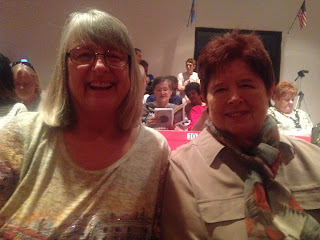 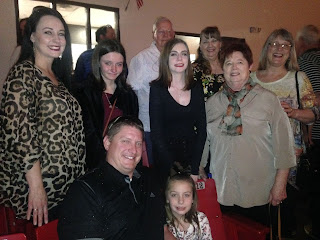 Our friend, Cheryl Ulmer, from SD visited Bev while I was there.  We accompanied Bev to her radiation appointments, attended an arts fair, the play, and enjoyed just being together at Bev’s home.  Cheryl and I left the morning of Bev’s last radiation treatment, May 1.  Yippee!! Way to go Bev!


Posted by svluckofafool at 7:01 PM