Sunday
Today we finally got in the water.  There seem to be lots of Florida tourists that like to come to this area.  So we went a little further away from our boat where we could be by ourselves.  We drifted with the dingy between islands for a long stretch.  Dave had to get out his spear when we spotted a grouper.   Made for a nice dinner with pasta.

There was a power boat from Key West anchored in front of us when we got back.  Dave said in Key West they would charge for the show that the guys were giving him off the stern of their boat.  Dave said he has never had to bend over on our boat as much as this guy did.  But maybe he’d feel different if he had a thong swimsuit, too.  Thankfully, no photos.

Monday
We decided to move south and get away from the tourists.  We went to Allens Pensacola.  We had 25 knot winds with gusts to 30 all the way.  That’s what you call a salty ride.  We found two deck hatches that leak.

Tuesday
This morning we hiked across the island to the ocean side.  When we left our boat, we stopped at a neighboring boat to compliment them on their anchoring.  We see so many people that don’t have a clue about anchoring.  They were from Argentina.  Dave practiced a little Spanish, but the wife spoke very good English and would translate to her husband.  I really need to learn more Spanish so Dave doesn’t have to do that for me some day.

We hiked through the trees and bugs to the ocean side.  It was great to find a deserted beach.    They have what they call a “signing tree”  that has spread to several trees.  People bring anything kind of object and leave their boat name and or their names on it and hang it.  We did see one sign from someone we met earlier this year.  We also found a lot of sea glass. 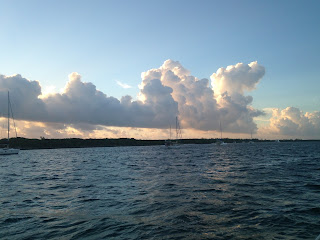 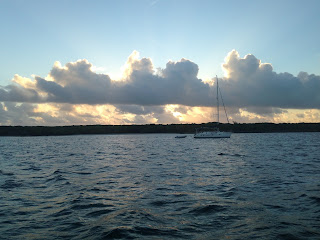 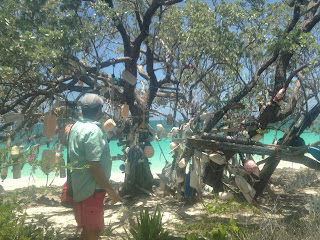 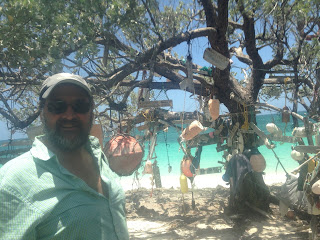 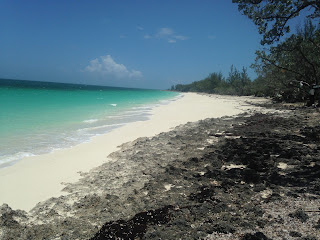 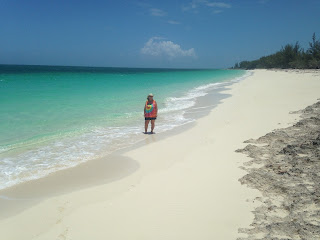 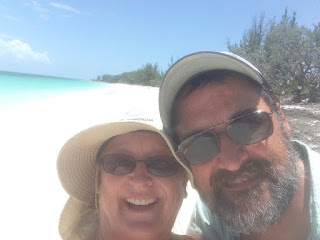 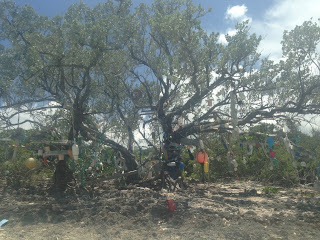 Wednesday
Today we sailed, then motored, to Green Turtle Cay.  We hit some heavy rain today.  Gave our boat a good washing.  We taped the two windows that leaked where the window meets the deck.  We still had water come in one of them.  Upon further inspection, we determined the seal was torn.  Put that on the project list.

We went into Green Turtle for dinner.  First we stopped at the New Plymouth Liquor store/bar/restaurant.  It’s a little place, and the first place we stopped at when we first arrived in the Bahamas 3 years ago.  It was St Patrick’s Day and we joined the parade.  Then we went to Sundowners on the water and had dinner, chatted with the owners and the wait staff.  The young guy waiting on us enjoyed sharing and learning card tricks.  Then we talked him into singing for us.  He had a great tenor voice.  Fun night.

I wasn't focusing on the video because he was self conscious of me videoing him.  So sorry for the blurry video.  Just listen.

Posted by svluckofafool at 11:24 AM