We listened to the weather again this morning to plan our passage back to the states.  We are looking for 3-4 days of decent weather to go all the way to Georgia nonstop.  We decided we would leave early evening and travel overnight to West End, Grand Bahamas to refuel if we have to motor most of the way.  Or we will just by pass West End and keep going.  About noon, Dave called me outside to check out the clouds.  There was a storm passing to the north of us with a waterspout (a tornado on the water).  That was the first we had seen.  It was amazing to watch.  We could see the clouds swirling as it changed. 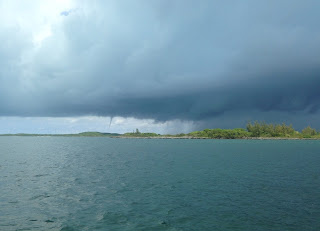 This afternoon, we took the diesel cans in to the fuel dock to fill them before we left.  As we were getting into our dingy, a drone hovered over us for a long time.  We really don’t like that.  I stood there with my hands in a “what’s up” position or waved at it to go away.  After it left, we headed in for fuel.  Maybe someone is just having fun.  But we can’t help but wonder if they are checking out our boat and plan to come by when we are gone. 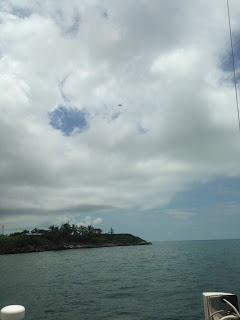 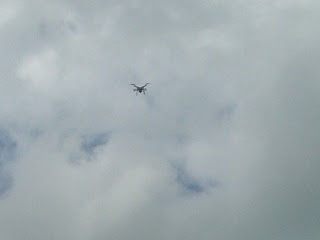 The entrance into the harbor was a long channel with a rock wall on either side.  It must have been widened for ship traffic.  After getting fuel, we checked out the marina.  There was a little restaurant and gift shop along the dock.  We tied up and decided to have lunch.  They said they only had hamburgers today, but we had a choice of sides.  Dave said it was his lucky day because hamburger and fries were his favorite.  He knows how to get a smile out of everyone.  While we waited at a table outside, Dave decided to visit with a guy cleaning fish down the dock.  He was a fishing guide and was cleaning their catch from the day.  He likes to learn from the locals. 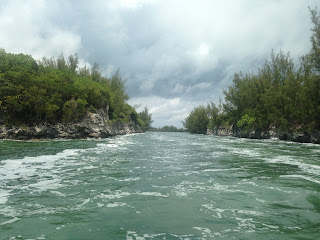 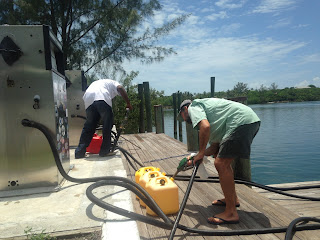 After we ate, I walked over to a grocery store for one more thing.  Dave went back to visiting with the captain.  When I joined them, he was cleaning conch.  We learned a different technique from him.  And we asked him about whelk and “curbs”.  He said the smaller whelks were the best.  The larger ones (which we had) are too chewy.  And the “curbs” are the things you have to peel off the rock.  He said he had to charge so much more for conch salad if people want the whelk and curbs in it because there is so much more work involved with harvesting and cleaning them.   If we run across them again, we’ll decide if we have the time to mess with them.  Not sure they are worth it. 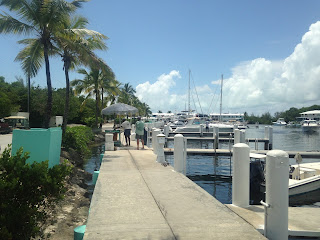 Chris Parker, our weather guru, has a 6:00pm broadcast on the Single Side Band radio only for participating members to call in for advice.  We were on his list, but when he gave us his recommendation, our reception was bad and we couldn’t understand what he was saying.  So before we left, I sent him and e-mail asking him to repeat the information.  He works alone on Saturdays, and is pretty busy.  So I wasn’t sure he would have time to get back to us.  And he doesn’t work on Sundays.  We still felt confident to leave.  It’s just nice to have his opinion for our specific plans.

We left about 7:30pm.  Dave took the helm first and I decided to lie down and nap before my evening watch.  Before we were out of reach of the Bahamian Telephone tower, I sent a second e-mail to Chris Parker asking him to send his response to our Single Side Band e-mail address, in case we were outside of tower range.

Posted by svluckofafool at 2:53 PM