This morning, Cheryl and I went to two church services.  First we went to the Assembly of God service at 11:00 am.  We had met Kerline a couple weeks ago at the Hopetown Inn and Marina.  She had invited us to her church.  We saw her again yesterday and she invited us again.  We sat in the last row in their small church with a dozen pews on each side.  After the service started, a women tapped us on the shoulders and asked if we were guests of Kerline’s.    Kerline had told her she had invited 2 women, but she couldn’t be there today because of work.  The lady was the minister’s wife and wanted to welcome us.  I said “yes, Kerline invited us.”  And Cheryl said “how did you know it was us?”  That got a laugh out of her because we were the only white people in the church.  Then later, they had us stand and introduce ourselves and where we were from.

Most of the service was in Creole, a local language based on the French language.  There was a lot of wonderful singing.  During their “meet and greet”,  EVERYONE in the church walked throughout the church hugging each other with a welcome or bless you.  I think we both had hugs from everyone present.

We left early at about 12:15 to be able to attend the Catholic mass.  People had been coming and going through out the service, so it wasn’t too noticeable.  We stopped at Vernon’s grocery store for fresh made coconut bread and locally made guava coconut jam.  Then we headed to the Catholic mass that is held in a park on benches under a tree.  There were a few women there that I had met in the past, and it was fun to visit with them again.

After church, we headed back to the boats to catch the high tide.  There is a shallow channel between Elbow Cay and Lubbers Quarter, and Ricardo’s boat has a deeper draft than ours, 5 1/2 feet.  When we got back to the boat,  I handed the dingy over to Dave so he could attach it to our boat and pull it behind us.   Both boats picked up anchors and sailed south to Black Point Cat, about 10 nm miles south.  We wondered if it wasn’t supposed to be Black Cat Point.  Half way there, Dave noticed that he had left the dinghy motor down and it was dragging in the water.  He usually tilts it so it is out of the water.  Then he studied it a little longer and realized the motor was still running!!  I must have left it running when I handed over the dinghy.  I don’t know why I didn’t turn it off.  But Dave didn’t even notice that it was still running.  Now that is a quiet motor on that 15hp Mercury.  Dave pulled the dinghy up close to the boat and climbed into it while we were still moving.  He turned off the motor, tilted it out of the water, and climbed back onto the boat.  I just wish I would have taken a picture.

After anchoring, we took the dinghy and checked out the sea life along the shore.  We saw several large starfish and one small conch.  We got out and walked a shallow area.  We checked out a sailboat that had wrecked on a beach.  Then we found small coral, sponges, sea urchins, sea anemones, and sand biscuits.  We used our clear bottom bucket to check things out underwater.

We went back to our own boats for dinner and an early bed time.  This was the first day of daylight savings time.  It really wouldn’t have mattered if we hadn’t set an alarm to go to church this morning. 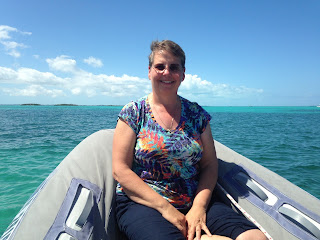 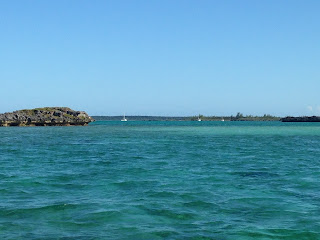 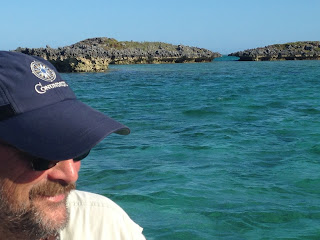 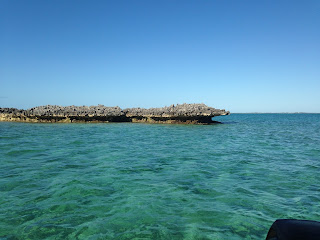 Posted by svluckofafool at 11:45 AM