Today was laundry day.  We also wanted to make water while we were near Elbow Cay where the water is clear.  We will head to Marsh Harbor later today and the water isn’t as clean there with so many boats congested in one area.

Dave was in charge of the laundry, but I helped as needed.  I appreciate that because my hands get tired wringing out the clothes, towels and bedding.  We figured out that if you use the buttons and snaps on your shirts and pants to attach over the lines, you will use fewer clothes pins.  Our pins are heavy duty to hold fatter lines and stay in place on windy days.  They cost about $1 a piece, so they are limited.
Dave took our fuel cans into Hopetown to refill.  It is much easier to fill the fuel tank with the jerry cans and take them in to refill then it is to take the boat to the fuel dock in most cases.  While he was there, a couple about our age brought in a boat about our size to refuel.  The wife was giving him instructions for approaching the dock, but he wouldn’t listen to her.  He ended up ramming the dock pretty hard.  Then after having his boat tied to the dock, he put it in reverse really hard.  When the wife said “what are you doing?”, he said “just checking something”.  Not sure what that could have been other than how strong his dock lines were.  When the wife saw Dave with our jerry cans she said “maybe we should just bring in our fuel cans to refuel”.  After Dave was back at our boat and had told me this story, we saw their boat come out of the harbor.  Dave kept an eye on them to be sure they didn’t ram our boat.

About 4:30 we took our laundry down and moved the boat to Marsh Harbor.  We want to be there to pick up Dave’s brother about noon tomorrow.  And it was supposed to be windy in the morning, 20-30k.  So it would be easier to move the boat today.

I made my first attempt this year at making bread.  I was looking at the Fleischmann’s yeast package and saw that they had a website for recipes.  So I checked out their basic bread recipe.  I used one that called for their RapidRise yeast, but I had the original.  It seems like we don’t always have a warm place for the bread to rise, at least this time of year.  So I thought the bread could have risen more, but it tasted fantastic.  Any bread tastes fantastic hot out of the oven.  And Dave loves every loaf, no matter what shape or size. 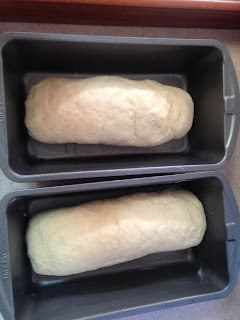 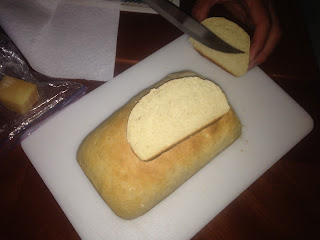 Posted by svluckofafool at 7:43 AM