This morning, Cheryl and I went downtown to watch the filming of the movie.  It was cool to watch, but we were’t close enough to see anyone famous.  I guess later that morning people had their picture taken with Ben Affleck.  They had covered the streets with dirt and there were several old cars from the 20’s-30’s.  We could see the big lights, but I didn’t actually see any cameras.  We did hear them yell “roll”.  We were near the Mercado-grocery store.  The fruit outside the building was fake, but the fruits & vegetables along the street were real.  Fun to look at the details. 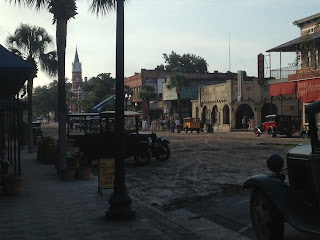 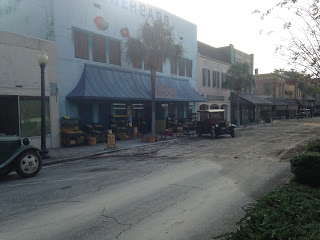 After we returned to the boat, we went out for a sail.  We could tell right away that the autopilot was finally working right!!  Yeah!!!  Moving the gyroscope away from the generator was the ticket.  We had a great view of a few shrimp boats going out and coming in. 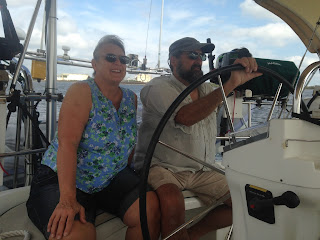 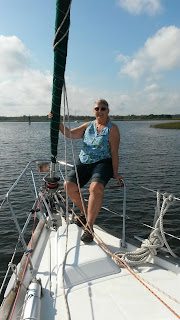 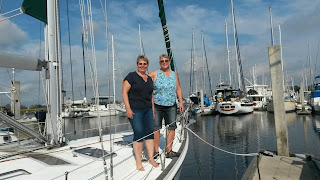 We made it back to the marina in time to get a late lunch at our favorite Mexican Tienda with the Taqueria.   Cheryl liked the horchata drink (and now they make a rum horchata similar to Rumchata but with cinnamon).   Then it was off to the airport.  Cheryl’s visit went fast, but we did a little bit of everything we wanted to do.  And I beat her at cribbage!! 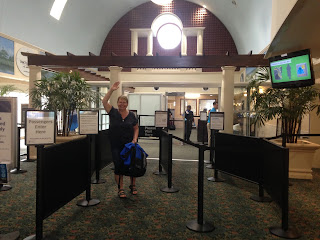 Posted by svluckofafool at 8:31 AM