We had heard earlier this week that today was the last race of the year sponsored by the Hopetown Sailing Club.  It was open to cruisers, so we decided to join them, thinking it would just be a bunch of cruisers like us.  We went to the Skipper’s meeting at 9:00am at their sailing club house.  Dave got his April’s Fool remark in by telling them we were a trawler (motor boat), but wouldn’t go over 5 knots.  He got the blank look from them that he was looking for before he explained that we were a sailboat.

Two men volunteered to be crew for anyone, so we had both of them join us.  One had his boat here, but it wasn’t a racing boat.  The other was from New Brunswick, Canada and no longer brings his boat here.  He and his wife rent a cottage for a few weeks every year.

Well, our boat was definitely not a racing boat.  We were the only boat in the race with our dinghy on the davits.  And we were told that it was dragging in the water at times when we heeled.  We have raced many times on our smaller boats, but never on this boat.  We actually haven’t had to tack or jibe very often on this boat.  We usually set sail and head one direction between anchorages.

Dave and I decided that I would skipper and the men would handle the sails.  We could tell Rich had raced more than we had.  He and Dave handled the jib sheets and Rich was our “tactician”.  Gerry was on the main and was more along for the ride.  Both men were easy to get along with and were fun to have along.  Both were older than us, Rich by only a few years, but Gerry was 80.  You never would have guessed that.

We practiced a few tacks and jibes before the race and then got into position to start.  There were 13 boats.  The race started at 11:00.

For non racers, there were 3 floating buoys for the course set in a triangle.  The starting line is between one of those buoys and the committee boat.  The committee boat sends out a air horn signal 5 minutes and 1 minute before start and at the start.  They also raise and lower flags that coincide with the horns.  And they also announced each signal on the VHF channel 66.  Your time starts with the start signal, not when you cross the start line.  So most of the boats are crowded together trying to get the best start without running into each other.  Some of them were competing for a season trophy, so we stayed back behind the bulk of them at the starting line.

If the start buoy is #1, you then sail to #2, round it and sail to #3 and back to #1.  Then you sail to #2 again but back to #1 then the finish line is back at #2.  You have to round all buoys on your port side and you can’t touch the buoy or you have to do a 360 degree turn somewhere before finishing the race.  We stayed towards the end of the bulk of the boats and had 2 boats behind us when we crossed the finish line.

There was a “stand up” at 16:30 (or 4:30) back at the club house where they would announce the winners.  A stand up is a cocktail hour with appetizers provided and BYOB.  We had never heard that term and were told it was common in Canada.

The boats are given handicaps according to their design.  With our boat being loaded for cruising, not honed for racing, we ended up in last place.  BUT, we won a drinking glass with their club logo which included the light house.  So I was excited.  They had us come up for a photo.  The club commodore handed me the glass, then said “oh, I guess we should give this to the skipper”  in which I replied “ I am the skipper”.  I am thinking most people there were now thinking “well there’s another reason they came in last”.

It would have been better for the guys to be on more of a racing boat.  But I was just happy to have been able to participate and meet some great people.  At the skipper’s meeting, we visited with an older gentleman who has sailed many years, but he just bought a 26 ft Seaward that has a retractable keel that it great in these shallow waters, and he can handle it by himself.  We were familiar with those boats and had looked at the 32ft version as a trailerable boat, so visited with him about the design.  He hadn’t named the boat, so they called it No Name or No-na-me’.  He has a home in Hopetown that they bought years ago and would vacation here with family.  Now that they are retired, they are here all winter.  We exchanged first names and that we were from SD and he was from Iowa.   We later found out that he was Senator Tom Harken from Iowa.

Gerry brought his wife, Pat, to the stand up.  She loved my homemade kahlua and wanted the recipe.   They were flying home this weekend, so they brought us the rest of their bottle of rum as a thank you for letting Gerry crew with  us.  Rich had brought a loaf of freshly made bread to the boat.  So we discussed bread making on the boat and got his recipe and hints.  After the stand up, we went to a restaurant with Rich and had a drink and picked his brain about cruising the eastern and western Caribbean.

Back at the boat, we enjoyed the sunset and watched the lighting of the light house again, minus the binoculars.  It is so peaceful in the cockpit on a calm night.  And what a fun day!! 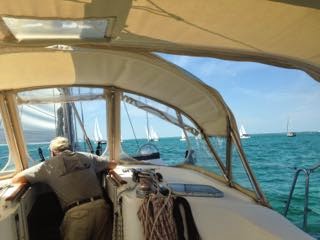 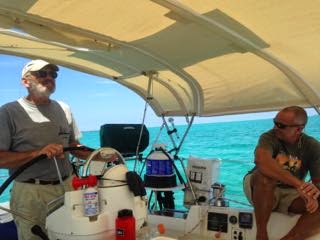 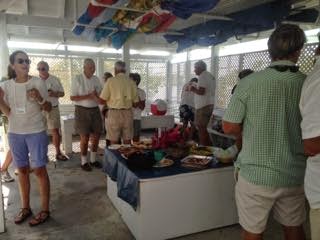 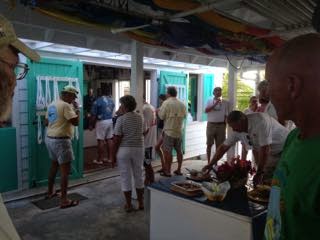 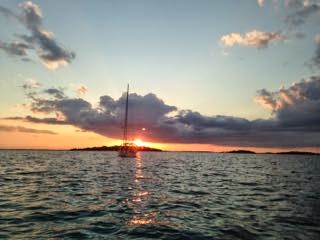 The following pictures were taken by the club. 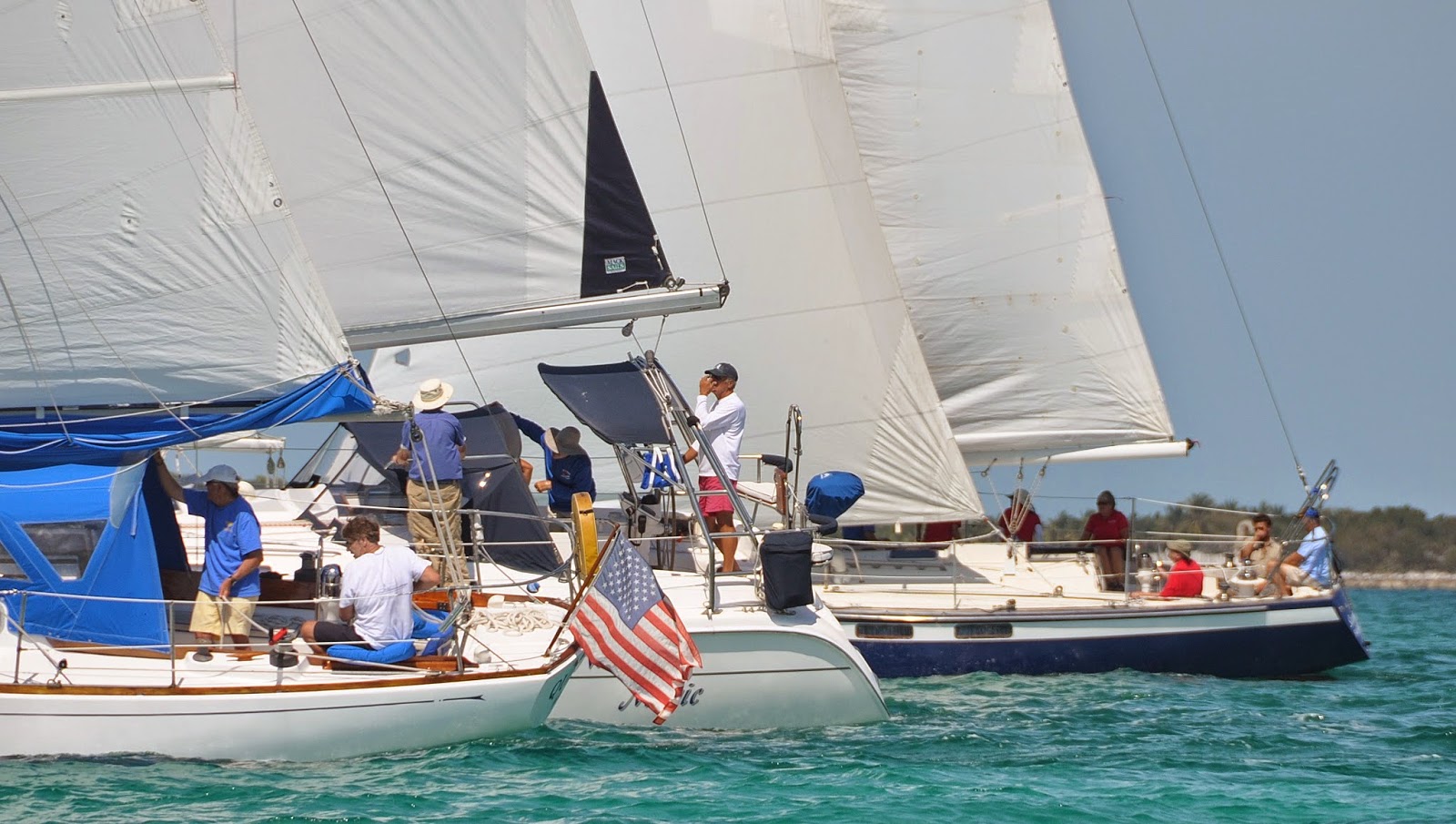 Posted by svluckofafool at 11:07 AM