We had considered sailing to Punta Gorda at the north end of Charlotte Harbor today.  But the wind was still "blowing stink" out of the north.  So, change of plans.  We decided to follow the SD friends to Ft Myers Beach.

Their boat was near the ferry dock, so they had to be out of there by 11:00.  They pulled out about 10:30 and we left right before 11:00.  We met the ferry right where it turns off of the ICW and follows the channel markers to Cabbage Key Inn.  We could see the SDens heading south and followed them the rest of the day.

We had an ENE wind, so we both put out our genniker sails.  This sail helped us save fuel.  We still had our motor running just above idle for better control in the channel, but were able to reach 7.5 knots with a sail out.  The last hour of the ICW was what they call the Miserable Mile.  You have to snake your way between islands and very shallow areas.  Low tide was at noon, and this was closer to 3:00.  But the wind also pushes water and us out of the channel.  We had no problem, we just closely watched the depth and the channel markers.  When you are at the south east end of Sanibel Island, you join the entrance to the Caloosahatchee River.  We had to cross this area and head further south to Estero Bay.

Many people use the Caloosahatchee river to cross over to the eastern side of Florida.  There is a channel that is maintained and it utilizes the Okeechobee Waterway.  We cannot use this because there are fixed bridges that we can't pass under.  We will have to go to the Keys (oh darn) and travel around the outside of them over to Miami.

Since the Mangelsens and Harleys are on vacation, they decided to go to Salty Sam's Marina and get a slip.  Since we are on a budget, we decided to get a mooring ball.  There is a "mooring field" in Estero Bay which is very close to Salty Sam's.  So we tied up to a mooring ball, dropped in the dinghy, mounted the motor and puttered over to Salty Sam's.  We had dinner together, but made an early trip back by 8:00, since we had to dinghy in the dark (with a flashlight). 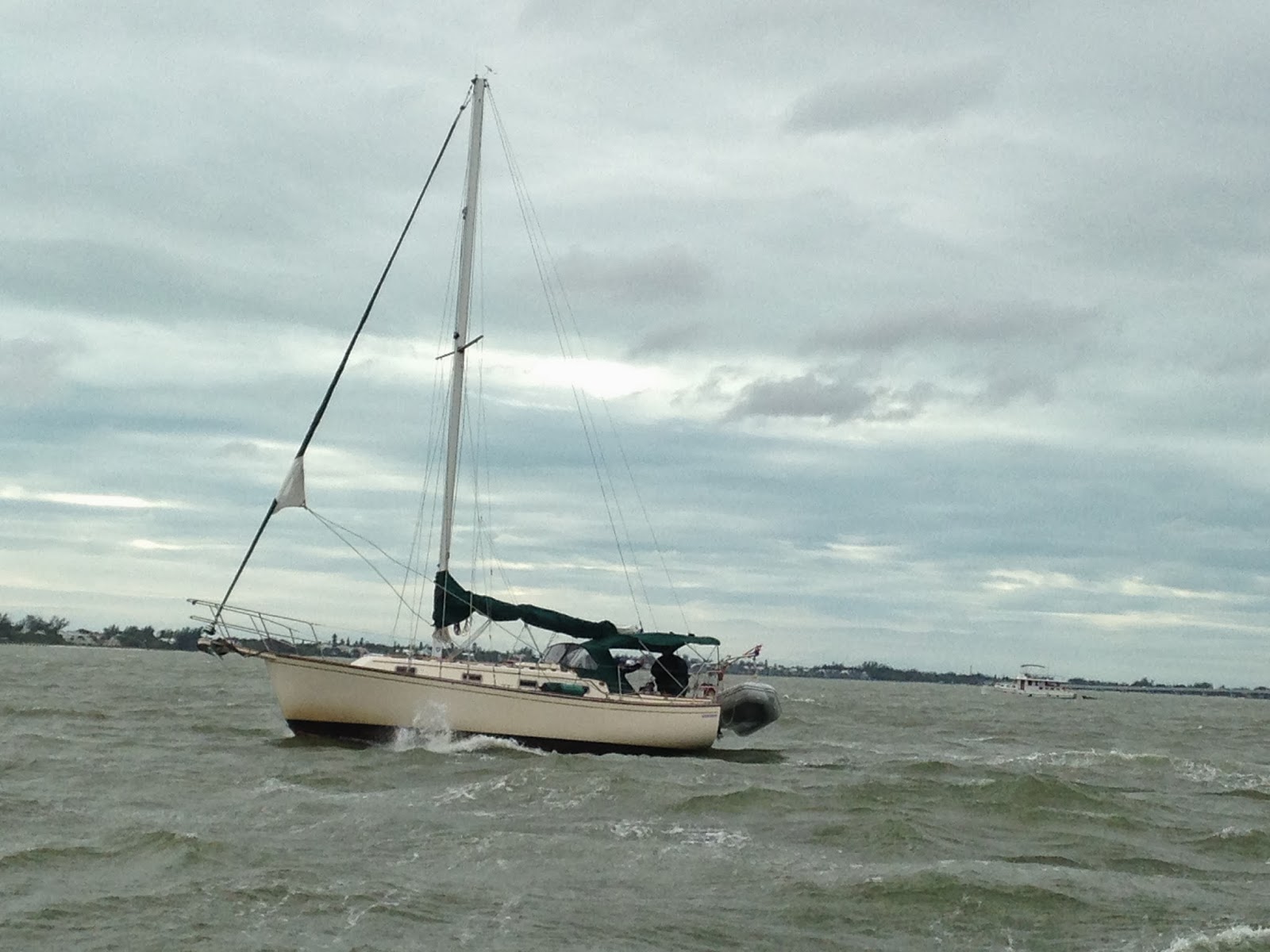 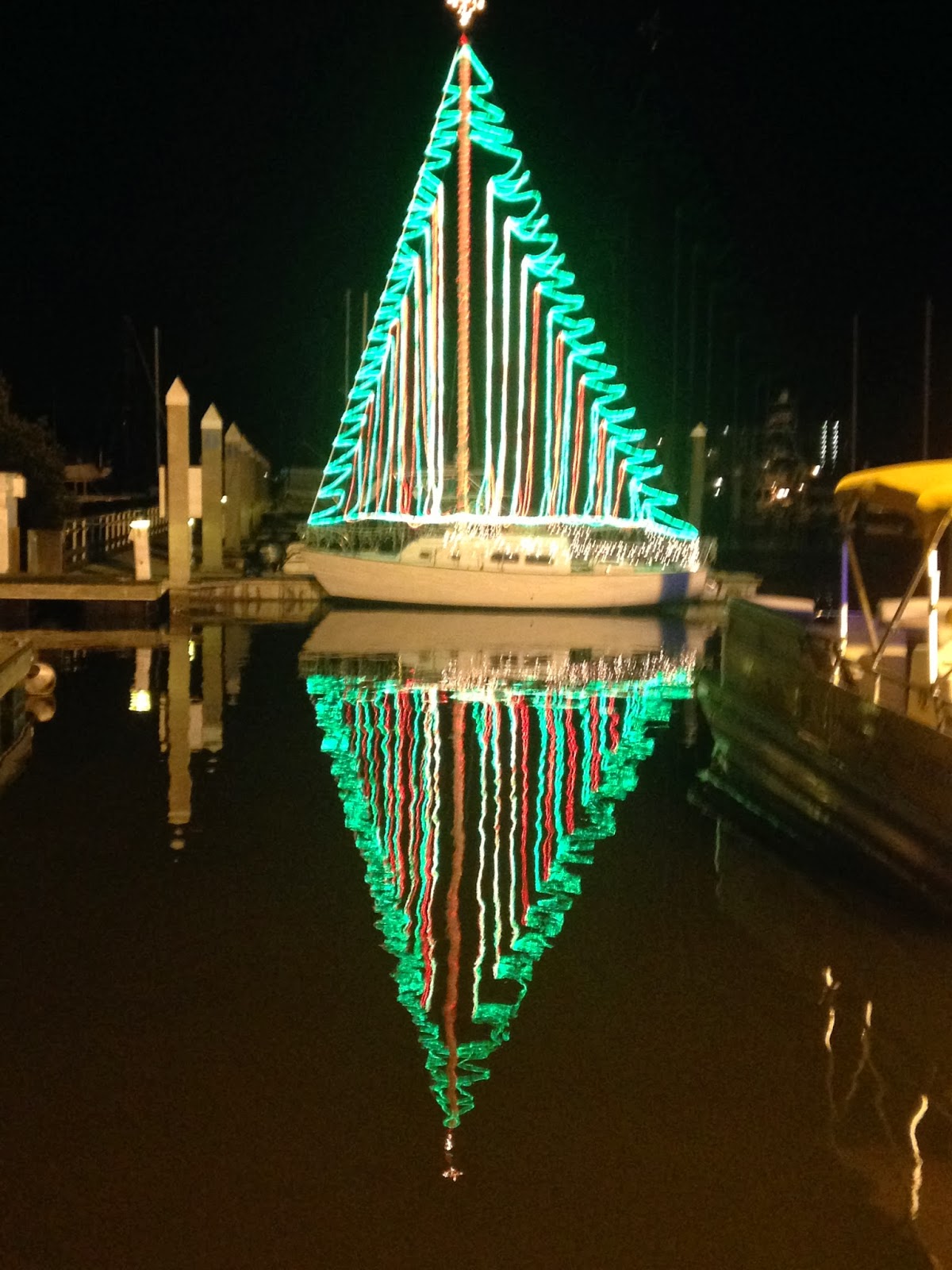 Posted by svluckofafool at 8:09 PM