The mooring field, where our boat is tied, is owned by the city of Ft Myers Beach.  Matanzas resort manages it for them.  On Saturday, March 29, the city had a Cruiser’s Appreciation event at Matanza’s parking lot.  When I first saw it advertised, I thought, we wouldn’t still be here.  So I didn’t pay much attention to the advertisement at the office.  Well here we are.

The local free paper, called the Sand Paper, had information about it the week before the event.  They had pictures of several boats, including a picture of Dave at the top of our mast.  I didn’t even know they took the picture.  They named our boat “Luck of Fools” instead of “Luck of a Fool”, but we didn’t make them print a correction.

The paper had more information than the flyer in the office.  I thought it was just a “meet the other cruisers” get together.  The paper stated that the general public was invited.  “This event is an opportunity to meet and mingle with mooring field patrons, learn about their vessels, their fascinating travels and our town’s mooring field.”  So I looked at Dave and said “Did you know we were going to be the entertainment?”  We decided we better go, especially since he had been in the paper.  People may want autographs.

It was from noon to 3:00 in Matanzas parking lot.  It threatened to rain, but it held off until about 3:30.  There was a live band, food and drinks to purchase via $1 tickets.  The cruisers were given $7 worth of tickets each.  There were door prizes and raffled items.  We won a $20 give certificate to Matanzas restaurant.  Which we used that evening.

We met other cruisers, but didn’t talk to anyone from the general public.  I told the organizers that we needed something like a wrist band so people would know who the cruisers were.

We did meet several other cruisers.  They are always willing to share their knowledge.  We asked them lots of questions about the Bahamas.  After the event, about 8 of us went across the bay to a cheaper bar, Bonita Bills, and hung out until about 6:00pm, when the rain let up.

Since I am posting this at a later date, I can include the photo of us from the newspaper that was taken the day of the event.  As they would say in my hometown newspaper “A good time was had by all.” 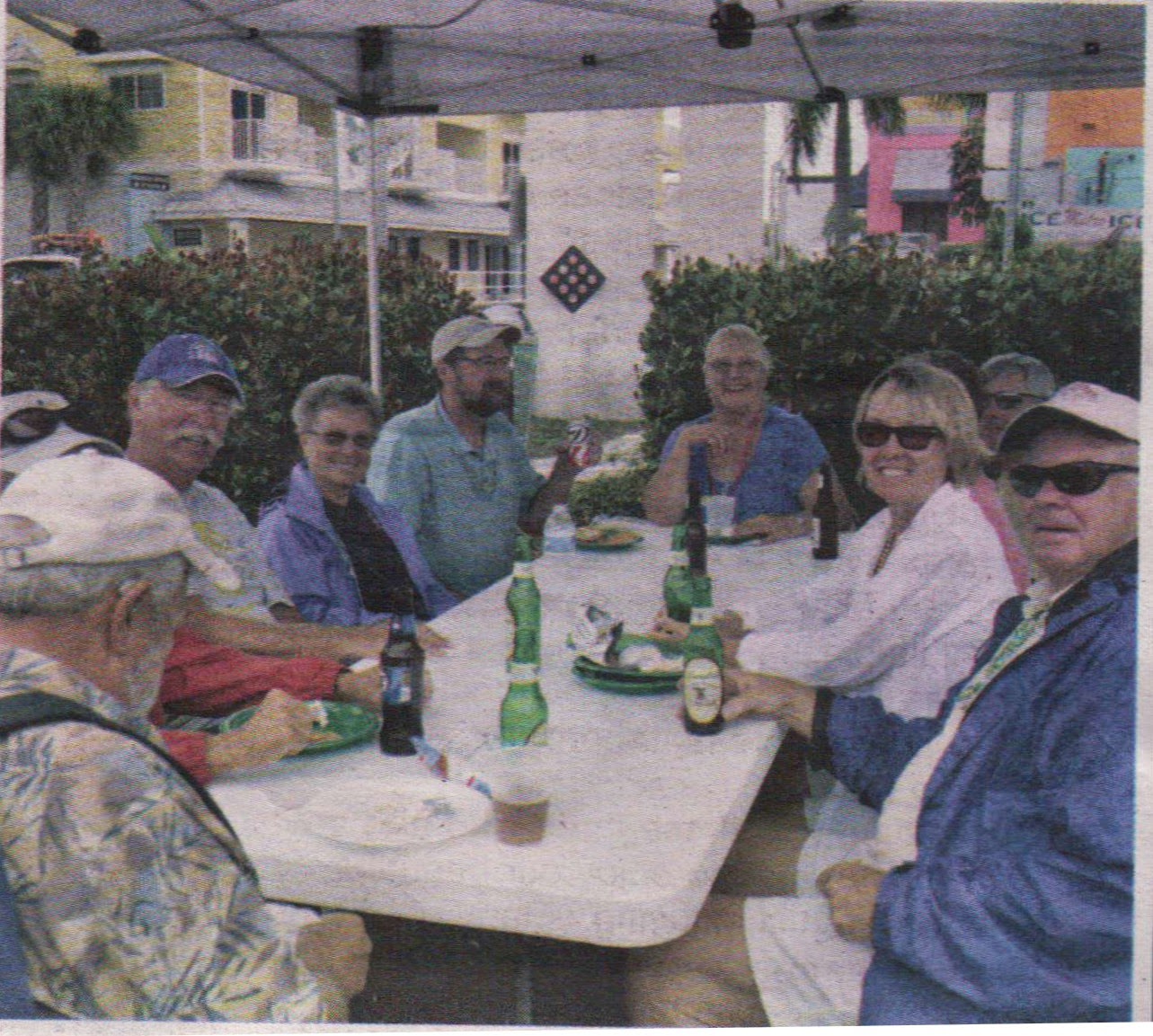 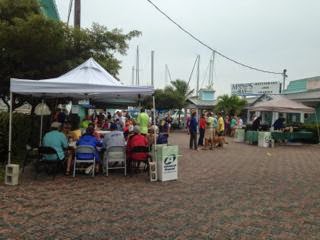 Posted by svluckofafool at 11:22 AM