When we left Burnt Store Marina, we planned to anchor for a week or so.  But with the windy weather, we felt safer leaving the boat in the marina at Cabbage Key.  And it would make it easier to be sociable with our SD friends.

The Mangelsens and Harleys arrived at Cabbage Key today shortly after noon.  We all had lunch in the Cabbage Key restaurant.  Since the weather is windy and cold, it was a slow day at the restaurant.  They usually have people arrive by ferry just for lunch and a little nature.  They typically serve between 400 and 700 people during tourist season which starts now and goes until the end of May.

After lunch we hiked around the island on their nature trail.  We started with a climb up their water tower.  Just 40+ steps.  The nature trail had signs telling us what the trees were.  It was wide enough for a golf cart.  There are cabins that are part of the Inn.  The golf carts are used to get your luggage and provisions to the cabins.  Pretty nice set up.  I guess you can kayak to Cayo Coasta State Park nearby that is only accessible by  boat.  We may do that with our dinghy when we return this way and the weather is nicer.

I returned to the water tower to catch the sunset about 6:00pm.  Then we all gathered back at the Inn for dinner.  Mike and Nancy, from Sarasota, joined us for dinner.  The restaurant was bragging about their stone crab claws.  Dave and I really liked the blue crab claws we had in the Mobile Bay area.  So we decided to have their crab claw and shrimp dinner for two.  Sorry, but Mobile Bay wins.  These claws were bigger, but we had to clean them and they were served cold.  We did like the spicy mustard sauce they served.

We then joined Mangelsens and Harleys on their boat for a little gambling with LRC/dice and 31/cards.  We brought our laundry quarters to their boat and were the bankers.  We then bought back the quarters from the winners at the end of the night.  Between the two games, the losers lost a total of $2.25.  Jan M won $7.50 in LRC (left, right, center) and Bruce H won $6 playing 31.

So, one week into the new year and we haven't followed our budget.  Two nights at the slip and 3 restaurant  meals were not what we had planned.  We may end up on the door step of friends and relatives in about 15 years if we continue at this rate.  Now I have a feeling that fewer friends and relatives are going to want to stay in touch with us.  So I'll take that back.  Maybe we'll have to go back to work at some point if we continue at this rate.

Below, there are pictures of the Cabbage Key Inn, sunset from the water tower and a group picture inside the Inn.  They estimate that there is $70,000 worth of dollar bills on the walls.  Everyday, they collect the bills that fall and donate them to charity.  Dave gave our waitress a tip with his name on one of the bills.  As we were leaving, he told the other staff to check her pockets, because she was stealing money off of the walls.  He's so mean! 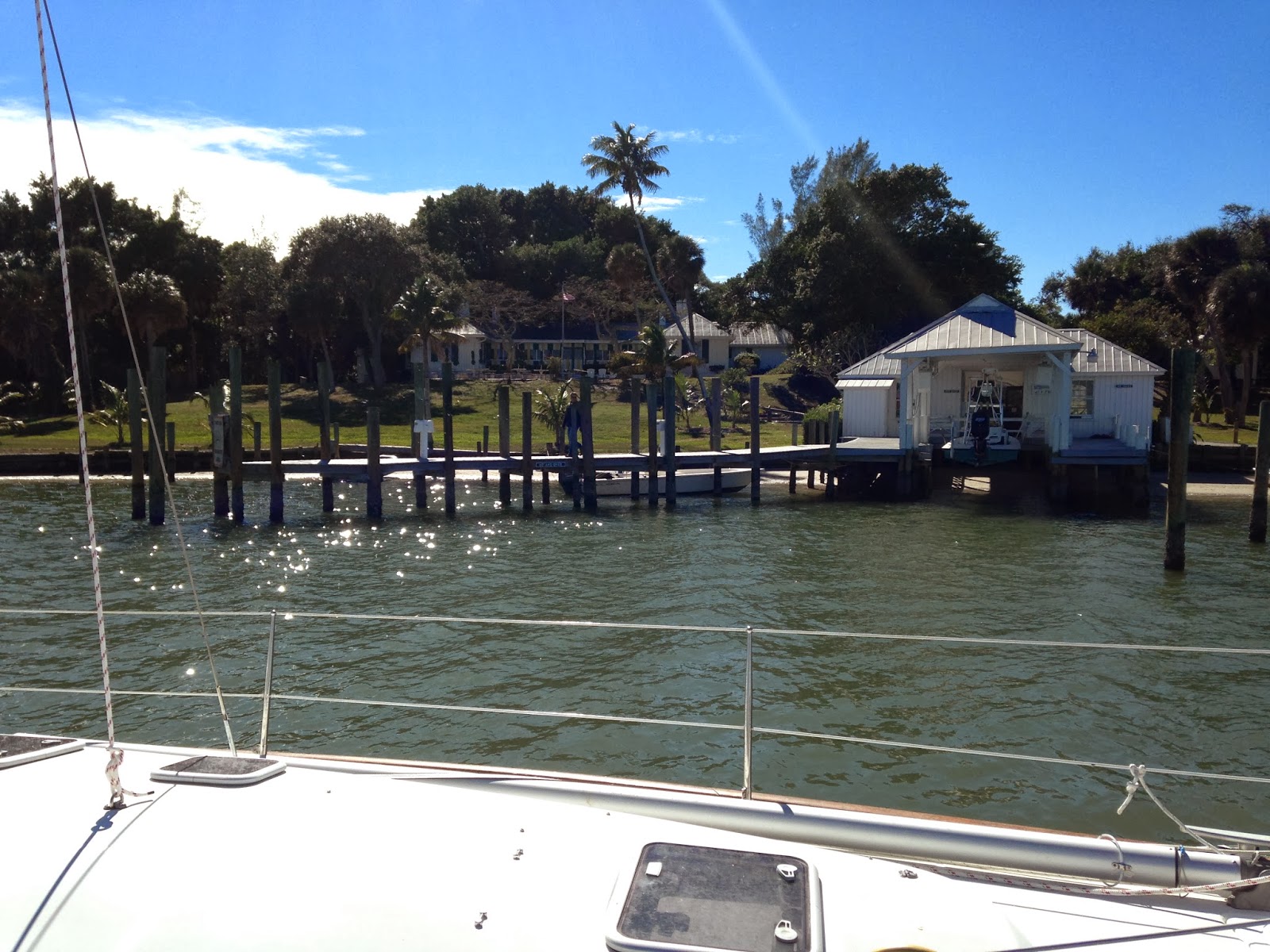 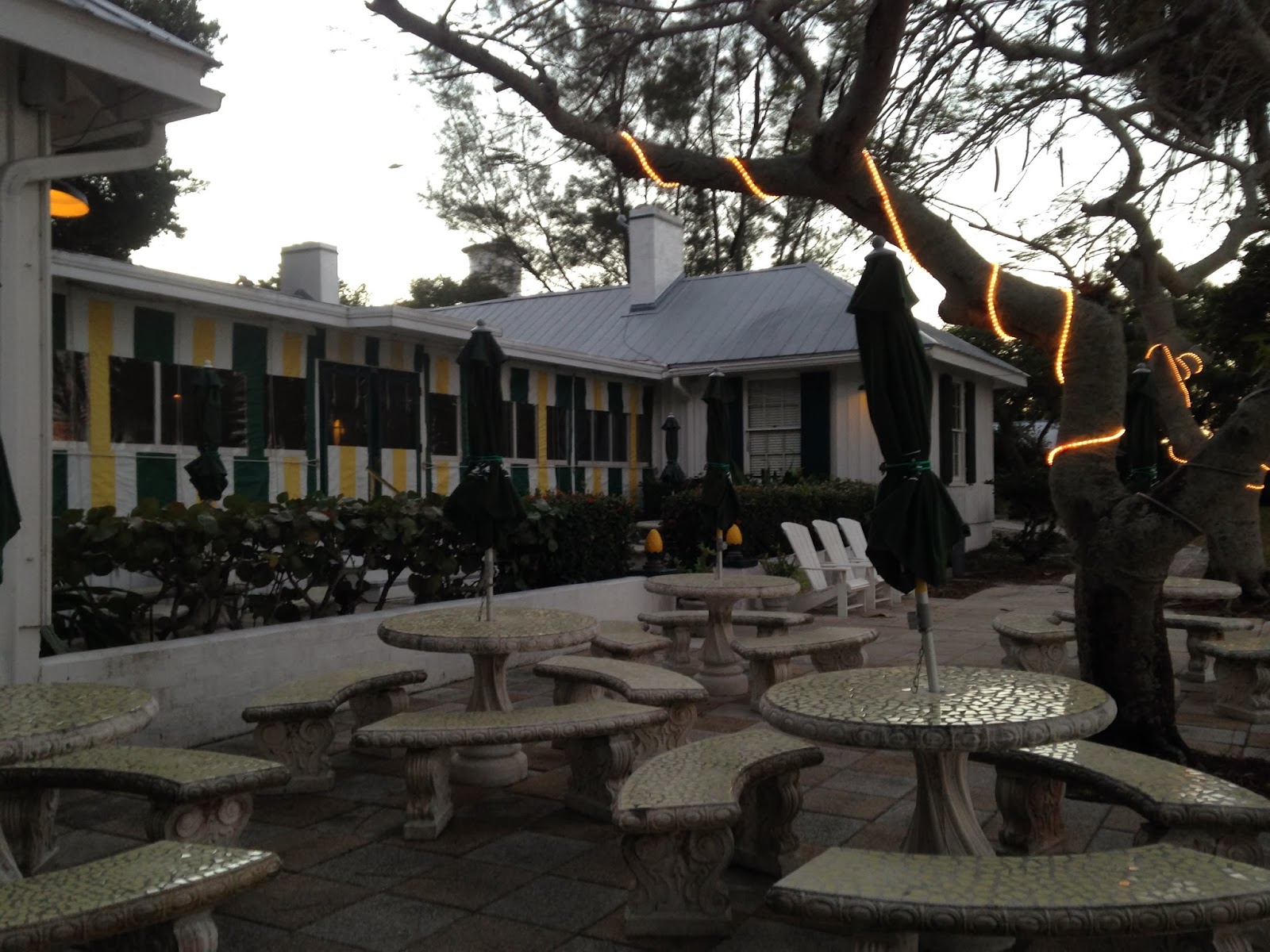 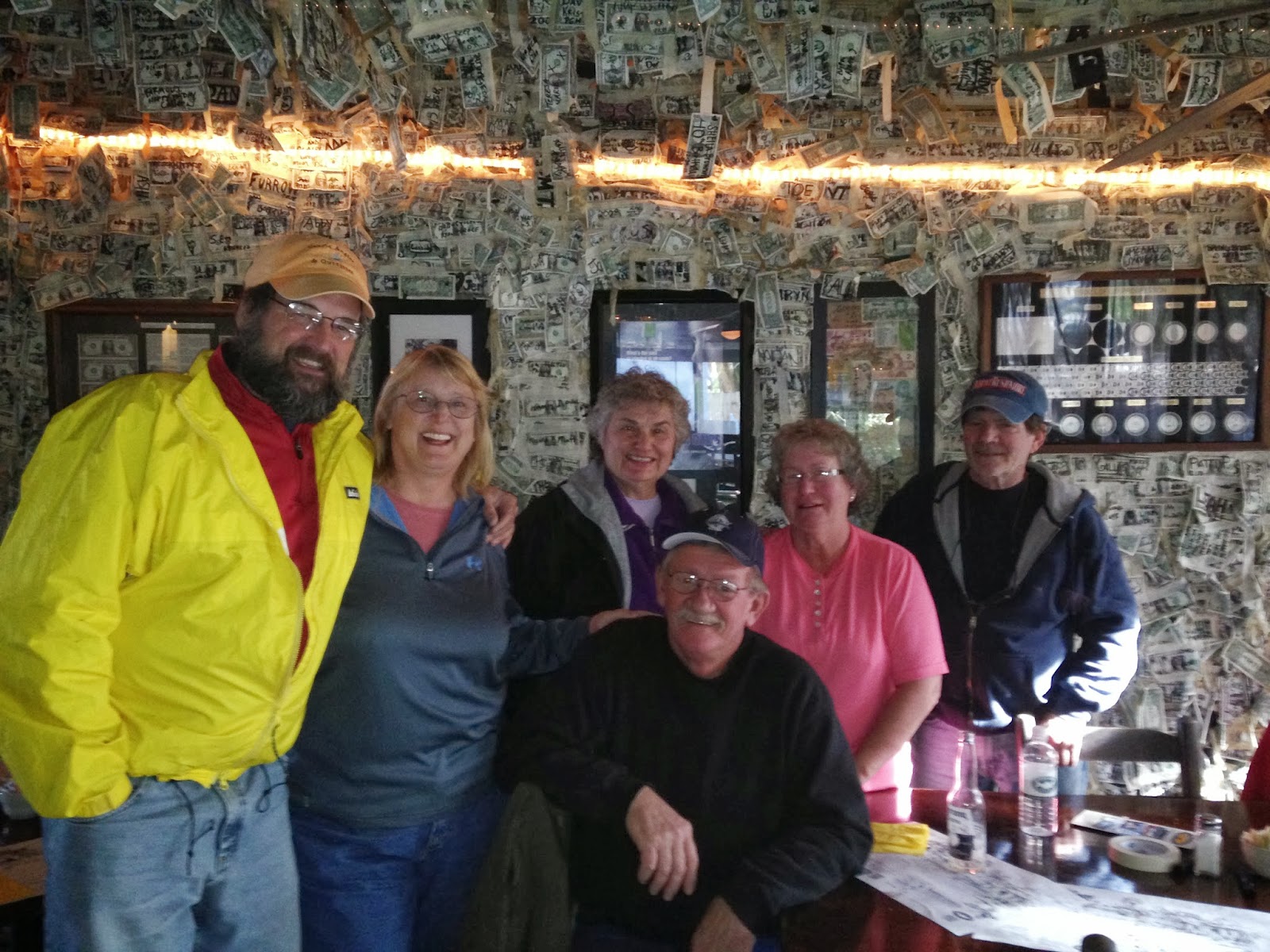 Posted by svluckofafool at 5:13 PM